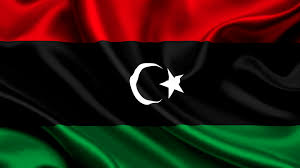 In the months and years since the revolution in Libya that led to the ousting of Muammar Qaddafi, the hopeful expectation that the North African state would peacefully transition into a functioning democracy has been largely abandoned. Last month an article was posted on the degradation of affairs in Libya, with attention to the lack of response from the international community. Since then, the situation on the ground continues to worsen as violence and political strife bar any attempts to reconcile warring factions and improve the security situation.

Latest in Libya’s ongoing strife is its Supreme Court’s declaration last Thursday that the internationally recognized parliament elected this past June is unconstitutional and illegal. Specifically, the Court ruled that an amendment in March that allowed the June elections to take place was illegal, subsequently ruling that the June elections that led to the replacement of Libya’s transitional government also being declared unconstitutional.

This significant ruling has confused many lawmakers, especially given the way in which the ruling was announced: as the House of Representatives spokesperson Farag Bo Hashim noted shortly after the ruling, “We thought the [court case] was about the place where the parliament was sitting and not the elections that brought it into power.” Since August, the House of Representatives have been operating out of the eastern city of Tobruk following the capture of Tripoli by Islamist-aligned militias. It was the House of Representative’s remote location that led to legal disputes and claims that the internationally-recognized parliament should be operating out of Benghazi instead. Further, many lawmakers in Tobruk are questioning the Tripoli-based Supreme Court, arguing that the surprise ruling could have been made under threat from the militias that control the city. With the legitimacy of the ruling in question, the decision may be rejected, which will only lead to further complications.

This latest development has many concerned that without outside aid, Libya’s violence and political strife will continue. Dirk Vandewalle, who writes extensively on Libya’s political affairs, argues that there is a need for a European peacekeeping force that will “shield the fledgling government from the various armed groups currently contesting its power, and one another, and allow it to rebuild state institutions.” France has called for international support in Libya several times, arguing that a lack of action could lead to chaos and the further spread of terrorism in the region.

The focus on Europe is due to the fact that other Western powers, most notably the United States, have “no appetite” for another foray into North Africa so soon, especially given its reluctant presence in Iraq. Without support from the Americans, it is also unlikely that Canada will become involved in a significant capacity; its commitment to the efforts in Iraq and low public opinion concerning Canada’s role in the Middle East make further commitments unlikely.

The United Nations Support Mission in Libya (UNSMIL) has

continued to call for political consensus, stating that it “remains committed to working with all parties to help Libya overcome the current political and security crisis.” However, the current security situation is preventing UNSMIL from carrying out its objectives, only further convincing outside observers that there is a need for an intervention of some kind.

Moreover, any international assistance to Libya at this point would have to be a massive undertaking. Convincing other powers to become involved is no easy chore. Further, as many have observed, calling a future intervention into Libya a ‘peacekeeping’ mission is likely inaccurate as any foreign troops sent there will probably have to engage in combat.

As a result, the role of regional powers has become more prominent. As Western states are reluctant to take the lead- or lead from behind, as was the case three years ago- regional powers have been staking their claim in Libya, backing different militias and further complicating the situation on the ground. With the country divided between militias in the west and the internationally recognized parliament in the east, the involvement of regional powers only further pulls the country in several different directions with negative outcomes.

Without the support and more importantly, dedication from outside forces, the security situation in Libya is unlikely to resolve itself given the multitude of players involved and their reluctance to reach consensus. With no real centralized authority capable of taking action, the onus lies on others- others who are reluctant to take the lead.

Russia’s Trouble with the INF Treaty

With ongoing back and forth accusations over violations of a 1987 treaty, Christopher Cowen examines Russia’s concerns over the applicability of this Cold War era treaty in the modern world.