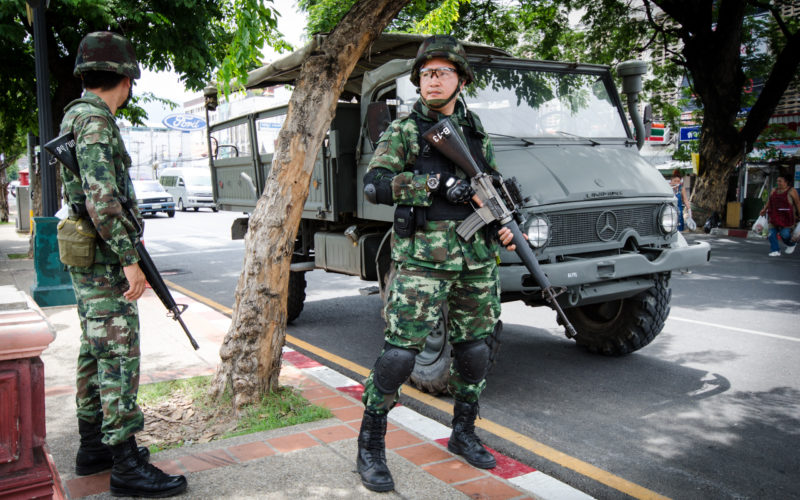 The land of smiles has transformed into the land of tears, as citizens mourn the death of King Bhumibol Adulyadej, whose reign spanned over seven decades, was a natural unifier in a country prone to political instability.

Like the United Kingdom, Thailand has a constitutional monarchy, with the head of state’s power limited and mostly reserved for ceremonial purposes. However, King Bhumibol’s almost divine-like status along with his dedication to his country throughout decades of change in Thailand gave him great influence. While the country experienced 17 military coups under his regime, the king’s constant and steady presence gave him a voice in the political affairs of the state. His popularity has allowed him to end political stalemates, such as protests between democracy activists and the military, and annul the results of boycotted elections. As a result, Thailand avoided the threat of communism and the wars that other countries in the region experienced.

Thailand was a primarily agrarian society when King Bhumibol Adulyadej ascended the throne in 1946 and the king aimed to improve the social-economic conditions of the poor, rural citizens. Hewon the hearts of his people by travelling to rural areas of the country and helping farmers experiment with new irrigation techniques. As globalization caused Thailand to experience rapid urbanization and the divide between the rural and urban citizens grew over the years, the king was essential in acting as a liaison and unifying both sides.

However, the adoration of the late King has not been passed onto his heir, Crown Prince Maha Vajiralonkorn. A WikiLeaks post revealed that Thai leaders hold reservations about the suitability of the Crown Prince to rule the divided nation as he is not considered a strong unifier of the Thai people, like his late father. With the gap between the urban and rural classes continuing to expand, the country’s hope for stability rests on the next Thai monarch.

The rural economy has been shrinking for the last couple of quarters. As the economy is functioning below its capacity and private investment remains stagnant, the agricultural society is affected the most. A World Bank report noted that in 2010, well over 70% of public expenditure profited the Greater Bangkok area. Despite the fact that only 17% of the country’s population lives in this region, the urban citizens profit the most, furthering the divide.

Recent former presidents Thaksin Shinawatra and Yingluck Shinawatra, both overthrown by military coups in 2006 and 2014 respectively, were popular among the rural people and hated by the city elite. These presidents implemented various social programs aimed at improving farmers’ incomes. Subsidized medical care and reasonable price floors for farmers to sell their products on the market are among a few of the many social economic policies implemented under both presidents. With the military exiling Yingluck Shinawatra from the country in 2014, political unrest from the rural population caused the military government to declare a state of emergency that is active to this day.

The Thai junta, which seized power in the 2014 military coup, has been headed by the unelected Prime Minister Prayut Chan-o-cha. Prayut, who overthrew the government to make sweeping political reforms, keeps deferring the date of Thailand’s next democratic elections. Therefore, the country remains under military rule and continues to inch away from democracy and towards an authoritarian regime.

The martial law implemented suppresses various protests and calls for democracy. With the passing of King Bhumibol Adulyadej who was the necessary force in preserving peace, Thailand falls into a new reign of political instability which may lead to a civil war. The political schisms within the government leave an air of uncertainty over how much power the military will continue to seize. Will Thailand turn away from democracy and become an authoritative military state?