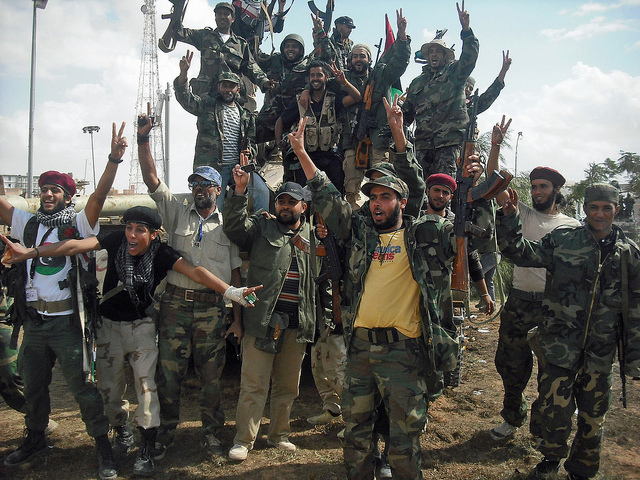 Since the fall of Libyan leader Muammar Gaddafi in 2011, rival factions fighting for control of the state have pushed the country into further chaos. After assisting president Bashar al-Assad fend off rebel forces in Syria, Russia has shown interest in taking advantage of the instability in Libya to further establish itself within the region.

Multiple groups are currently fighting for control of the nation. The Tripoli-based Government of National Accord (GNA) sponsored by the United Nations to promote stability in Libya, has so far failed to secure the support or legitimacy of citizens, said US-based Libya analyst Ronald Bruce St John. The GNA, backed by the United States and the European Union, is being challenged by the Islamist General National Congress (GNC), a government which had previously been internationally recognized. However, the GNA’s most powerful opposition comes from the Libyan National Army’s (LNA) ‘strongman’, commander Khalifa Haftar, who refuses to acknowledge the political authority of the UN-backed government. Late last year, Haftar announced plans to capture Tripoli from the GNA, attacking positions and armed factions linked to the UN-backed government.

Haftar, who previously served in the Libyan army under Muammar Gaddafi, was captured by Chadian forces during a conflict between the two countries in the 1980s. Haftar’s resentment for the Libyan leader grew, as Gaddafi denied the presence of Libyan troops in Chad, thus disowning Haftar. In 1990, Haftar was released in a deal with the United States, and lived nearly twenty years in close proximity to CIA headquarters in Virginia. After the fall of Gaddafi, Haftar announced a plan to save the country, challenging the GNC government. Today, Haftar’s forces are fighting the GNC and Islamic militants, and control large territories in Eastern Libya.

According to CNN, in light of the GNC’s inability to pacify Libya, European leaders are watching Russia and Haftar as they look to stabilize the North African country. In January, Haftar met with Russian defense minister Sergey Shoigu via video conference as he visited the Russian aircraft carrier Kuznetsov stationed off the coast of Tobruk, Libya. The meeting illustrates signs of growing relations with Moscow, as both parties discussed counter-terrorism efforts in the region. Haftar’s discussion with Shoigu included the reactivation of an arms deal with the Libyan military worth $2 billion according to The New Arab.The deal occurred despite the UN Security Council’s decision to impose an arms embargo on Libya in 2011.

According to Italian State TV RAI, Haftar also signed an agreement allowing Russia to construct two military bases in Libya, a claim Vijtor Ozerov, head of the Russian Federation Council’s defense committee, denies on Russian state media. If the claims are valid, the Russians will not be the only foreign military to hold a military base in Libya. The United Arab Emirates (UAE) also maintains a base which supports Haftar’s operations.

GNA leader Fayez Al-Sarraj has experienced a difficult start in 2017. In late February, armed combatants targeted Al-Sarraj’s motorcade, injuring two of his guards. He was traveling with  two senior officials during the time of the attack. Approximately one week after Haftar’s video conference with Shoigu, Russian President Vladimir Putin refused to meet with the GNA leader during his visit to Moscow. The visit came two weeks after Sarraj’s request to NATO for assistance in training and developing the military of the UN-backed government. When asked about the request, NATO Secretary-General Jens Stoltenberg said “We have said for sometime that we are ready to help Libya, but any assistance has to be based on a request from the Libyan government. This is the request we received yesterday — training local forces is one of the best weapons in the fight against terrorism and building stability.”

As the GNA, LNA and multiple groups continue to wrestle for control of an increasingly divided Libya, the Russians seem to be keen on assisting the Haftar regime. European diplomats fear growing relations could result in Haftar is joining Moscow’s alliance of secular authoritarians in the region, alongside Egyptian president Abdel Fatah al-Sisi and Syrian president Bashar al-Assad. Although the Obama administration refused to deal with the Libyan military commander, Haftar has expressed beliefs that his anti-terror campaign will produce more positive reviews from current United States President Donald Trump.