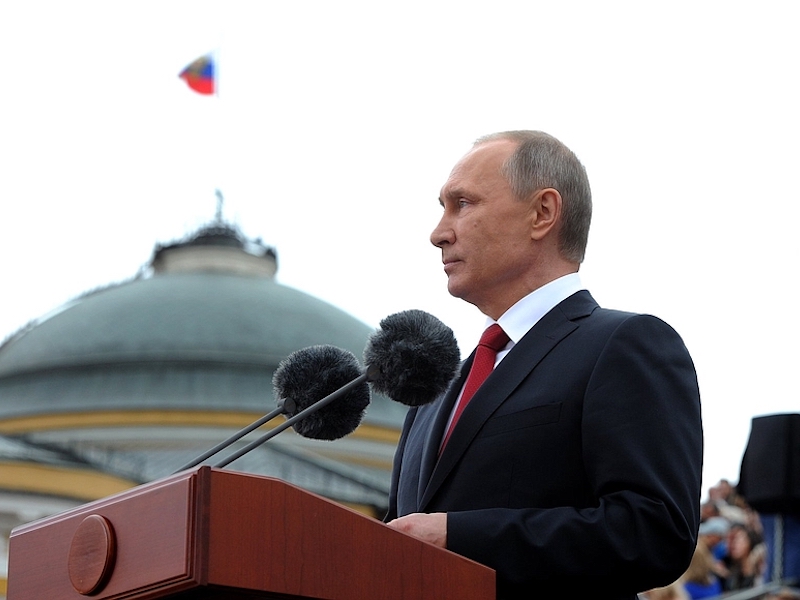 President Trump’s pro-Russia and anti-China rhetoric seems to imply that a second Détente is on the horizon. However, there are a number of obstacles that stand in the way of normalizing relations between the United States and Russia, not the least of which is a shared history of resentment.

Throughout his political campaign, many of Donald Trump’s supporters hinted at or otherwise relished the idea that the United States and Russia would join forces to defeat ISIS, and that relations between the two historical adversaries would drastically improve. Now that President Trump has settled in to his elected office, it is important to take a step back and look at the reasons why this notion has only ever been a mere fantasy. Indeed, it will take more than a charismatic leader to repair over a century of tense relations with Russia.

Following decades of fierce hostility, relations between the two nations are at their lowest point since the Cold War: there is still controversy surrounding the ongoing armed hostilities in Ukraine, the annexation of Crimea, the war in Syria, and Russian President Vladimir Putin’s disregard for human rights. Moreover, after Russia’s alleged interference in the US elections, there are fears that other upcoming elections in Germany, France, or the Netherlands are also at risk.

Weighing in on this issue is Dr. Robert Teigrob, a Professor of History at Ryerson University and an expert on international relations. He remains skeptical as to whether a Trump presidency will have any dramatic effect on relations with Russia, “that is not to say that there will not be some surface concessions or improvements, but a big shift would require President Trump to essentially turn a blind eye to Putin’s recent actions, and would severely distance the United States from the EU, NATO, and other allies in the process.”

However, Trump has a knack for going against the grain of good advice, and may very well choose to extend an olive branch to Russia. Although Russia would certainly stand to benefit from improved relations with the West (and the reduction of economic sanctions that inevitably followed), it is highly unlikely that Putin will abandon his core principles or his power base in order to do so. After all, there is a good reason why he enjoys an 83 per cent approval rating, and it is not because he wields a particularly large stick.

Ultimately, Vladimir Putin is a politician, and like all politicians he is beholden to the people he governs, in one form or another. The threshold of abuse that a people will endure at the hand of their government varies from society to society, and Putin knows very well that even his own power has limits. If there is one thing that the world, and especially the West, needs to understand about Russians, it is that they are an incredibly proud people. “Russia and Russians want to be taken seriously, to be treated as an equal player on the world stage,” said Teigrob.

Indeed, for many older Russians who remember the breakup of the Soviet Union, the subsequent economic collapse, and what Teigrob calls “the humiliation of the 1990s,” Putin is their saviour. They remember how the West celebrated the collapse of communism while they languished in abject poverty and suffered tremendous hardships. These events only compounded their feeling of being chronically disrespected by the United States.

Moreover, Russians are distrustful of the West, and the United States in particular, because of over a century of efforts to “eradicate the scourge of communism” and banish it to the depths whence it came. Also, the West has a history of making treaties only to subsequently break them. Germany (considered to be part of “the West”) invaded twice and exacted a terrible human cost on the Soviet Union. And, as explained by Betty Unterberger in her book, American Intervention in the Russian Civil War, an American Expeditionary Force landed in Siberia in 1918 and participated in a military intervention that lasted until 1920.

The soldiers were sent by then-President Woodrow Wilson in an attempt to quash the communist experiment before it had even made it off the ground. To be fair, he was goaded into action by the British, who feared that the Russians would withdraw from the First World War, thus closing the eastern front with Germany and hastening their own defeat. A past NAOC Chair, the Honourable Roy MacLaren, revealed a little-known fact in his book, Canadians in Russia, that former Canadian Prime Minister Robert Borden also sent Canadian soldiers to Russia at the behest of the British.

Most Americans, Britons, and Canadians have forgotten, but the Russians have most certainly not. Since then, subsequent American interventions around the world have been viewed with a particular brand of disdain that only the Russians can attest to. Thus, the public outcry surrounding recent revelations regarding Russian interference in the US election are highly hypocritical: to the Russians, they are effectively getting a taste of their own medicine.

The Russians have endured much throughout their long history, which is mired in tales of tragedy and hardship, and punctuated by a number of brutal wars and equally brutal dictators. In a manner of speaking, they are a people forged of suffering, and they are prepared to suffer yet more if it means retaining their own pride. So long as Putin remains defiant to the whims of the West and maintains his characteristic aura of strength, the Russian people will endure any manner of sanctions imposed upon them. After all, it is a small price to pay for the chance to thumb their noses at the United States.

Nevertheless, Teigrob says, “it is important to remember that Putin is not a defender of our modern liberal order; Trump isn’t either… To drastically improve relations would require America to sell its soul.” He also says that if anything, “the United States is at risk of becoming more like Russia, rather than the other way around.”