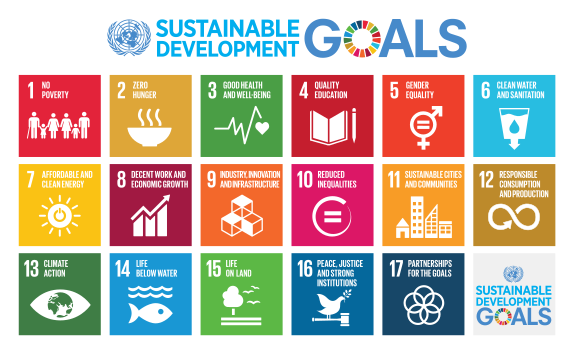 Achieving full gender equality both nationally and internationally has undoubtedly been extremely challenging for many nations around the world. Particularly in the global south, the goal of achieving full and inclusive gender equality is quite literally non-existent and in certain countries, confronted with harsh punishments for even raising the topic of discussion in a context which is extremely male dominant and patriarchal. The following publication will discuss the holistic importance of gender transformative programming in international development work and discuss Canada’s role towards achieving global gender equality.

The 2030 Agenda for Sustainable Development or Sustainable Development Goals (SDGs) created by the United Nations Development Programme (UNDP) are a universal call to action to some of the worlds greatest and longstanding challenges. The SDGs are composed of 17 Goals built off the successes of the previous Millennium Development Goals (MDGs), while adding additional areas of development such as climate change, peace, and justice. Within the SDGs is the goal of achieving global gender equality, which seeks to end all forms of violence and discrimination against women and girls, provide equal opportunities, recognize inherent and universal human rights, and provide protection from harmful traditional practices.

So how does gender equality and female empowerment manifest itself in international development work? When one thinks of global or national gender based initiatives, one may recall campaigns such as the “Because I am a Girl” campaign by Plan International or organizations such as the Girl Up foundation. Organizations premised on gender equality and female empowerment are a major mechanism in achieving the corresponding sustainable development goal and its various targets. To better understand how organizations incorporate gender to address inequalities, the gender integration continuum framework developed by the USAID Interagency Gender Working Group (IGWG) is utilized.

This continuum categorizes approaches made towards addressing gender inequalities by placing each approach on a continuum ranging from “gender blind” and “gender aware” classifications to “gender exploitative, gender accommodating and gender transformative.” Each approach is categorized based on how it addresses harmful gender norms and inequalities within project programming, planning, design, implementation, and throughout the monitoring and evaluation of a gender-based program or policy.

Gender transformative programming actively seeks to challenge existing and longstanding gender norms, promote positive and transformative social and political change for women and girls, and seek to address power inequities between genders. The main objective of this approach is to firmly challenge and change existing gender inequalities, and constantly work towards a full and inclusive world. Gender transformative programming seeks to be fully transformational at the structural, political, and economic levels. While this is the optimal approach to organizational programming, it is also the most challenging given the firm implementation of harmful traditional norms.

Canada’s commitment to global gender equality is a high priority under the Global Affairs Canada (GAC) framework on international development and humanitarian assistance. Canada is committed to the full implementation of all aforementioned Sustainable Development Goals, however, has chosen to focus on gender equality and the empowerment of women and girls as the most effective way to combat global poverty and inequality. Specifically, regarding the SDG of gender equality, Canada’s Feminist International Assistance Policy contains various action areas which seek to address existing global gender inequities through specific goals and targets. The policy covers key areas in development such as ending sexual and gender-based violence, empowering Afghan women, supporting positive health outcomes for women and girls, promoting equal educational opportunities, gender appropriate humanitarian aid, and working towards inclusive governance.

Canadian Prime Minister Justin Trudeau openly professed his place as a proud feminist, and stated his commitment towards achieving full and inclusive gender equality at the 2017 International Women’s Day celebrations in Ottawa. Trudeau announced a $650 million funding allocation for women’s sexual and reproductive health rights which will be provided from 2017 to 2020. The funding will be used towards providing sexual education, reproductive health services, and family planning. Additionally, the funding will be used to improve and further implement programs to prevent and respond to sexual and gender-based violence (SGBV) including child and early forced marriage, female genital mutilation (FGM), and post-abortion care.