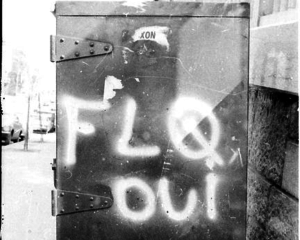 In November 2015, the French Government called for a State of Emergency after coordinated terrorist attacks rocked the city of Paris. The proclamation gave sweeping powers to the federal state, allowing police to raid homes and arrest hundreds of people in the name of national security. The State of Emergency was due to end last summer, but was renewed following the July lorry attack in Nice. While arguably necessary in the immediate aftermath of both disasters, the State of Emergency caused controversy for suspending the civil liberties of French citizens.

Canada has been fortunate over the years to have avoided large scale terrorist attacks. This has been thanks to sound intelligence and due diligence from members of the RCMP and CSIS who have thwarted several planned terrorist attacks on Canadian cities. Yet what would Canadian society look like if a large scale terrorist attack were to be committed on Canadian soil? Most likely, the government of Canada would respond by enacting the Emergency Act, an act granting the state sweeping powers similar to that of the State of Emergency in France.

The Emergency Act, known as the War Measures Act prior to the 1988 amendments, was enforced during both World Wars and the 1970 October Crisis. During the World Wars, the act gave the state sweeping powers to essentially imprison anyone considered to be a security threat. However, this did not extend simply to individuals, the Act allowed the state to imprison entire minority groups labelled as being potential spies or saboteurs working against the Allies. Most notably, this resulted in the creation of internment camps for Ukrainian-Canadians during the First World War and Japanese-Canadians during the Second World War. The wrongful imprisonment of thousands of innocent ethnic Japanese and ethnic Ukrainians remains one of Canada’s darkest chapters.

The only time the War Measures Act came into force during peace-time was during the October Crisis of 1970 after Quebec Deputy Premier and Minister of Labour, Pierre Laporte, and British Diplomat James Cross were held as hostages by the national liberation movement known as the Front de Liberation de Quebec (FLQ). Prior to the kidnapping, the FLQ was well known for its bombings of Quebec infrastructure, most notably the bombing of the Montreal Stock exchange which left 27 injured. To quell any further FLQ aggression, Prime Minister Pierre Trudeau brought the War Measures Act into power, allowing the Canadian military to patrol the streets of Quebec and Ottawa. The crackdown was swift leading to hundreds of Canadians being imprisoned without a warrant. Moreover, the enforcement of the Act was even more controversial than previous instances since the Act now came into direct conflict with the Canadian Bill of Rights, infringing specifically on the right to counsel.

The controversy surrounding the War Measures Act and the 1970 October Crisis would help lay down the framework for the Emergency Act in 1988. The Emergency Act can be invoked when it is deemed by the government that Canada is undergoing a Public Welfare Emergency, Public Order Emergency, International Emergency, or a War Emergency. While borrowing many principles from the War Measures Act, the Emergency Act is considered to be more difficult to initiate and does not give the state the same sweeping powers. Most notable was the fact that parliament would have to come to an agreement to invoke the Act. This gave the new Emergency Act a slightly democratic tone, yet critics argue that a majority government in power could bypass this section of the Act. Additionally, the powers outlined by the text contradict various articles of the Canadian Charter of Rights and Freedoms. As a society, Canada must strike a fair balance between preserving civil liberties and protecting national security.

The Emergency Act, while subject to political interpretation, makes no attempt to hide the fact that if invoked, the Act would infringe on the rights of the individual. This is clearly stated in Part V of the Act outlining compensation for those negatively affected during the state of emergency. Section 48 (1) of the act states that “The Minister shall award reasonable compensation to any person who suffers loss, injury or damage as a result of anything done, or purported to be done, under any of Parts I to IV [outlines the various definitions of states of emergency and its implementation] or any proclamation, order or regulation issued or made thereunder.” While an improvement over the War Measures Act, the Emergency Act nevertheless is far-reaching.

Despite what recent events in the Western world might have us believe, terrorism is not a concept unique to the 21st Century. We as a society must maintain a level head if we are to uphold the values of the Canadian Constitution in the face of legislation giving sweeping powers to the state. Vigilance is key to not only protect ourselves from domestic terror threats, but also to protect ourselves from the degradation of our civil liberties in the name of national security.  Indeed it is important to create a safe society, but it is perhaps even more crucial to understand the historical wrongs of scapegoating individuals and minority groups on the sole basis of suspicion.

Photo: A Canadian postal drop box (where letter carriers pick up their mail for delivery) in downtown Montreal in the summer of 1971, displaying graffiti of a separatist nature: “FLQ oui” (FLQ yes), approximately nine months after Canada’s ‘October Crisis’. The Front de libération du Québec (Liberation Front of Quebec, abbreviated in French as FLQ), was a violent secessionist organization dedicated the national independence of the Province of Quebec. In the late 1960s the FLQ conducted several bombings by depositing devices in mail boxes, which typically bore a regal Canadian Coat of Arms, and thus made their point by striking at Canadian and British symbols. In October 1970 the organization kidnapped a British trade official and then a Quebec politician, who was later killed by FLQ members, triggering Canada’s October Crisis.