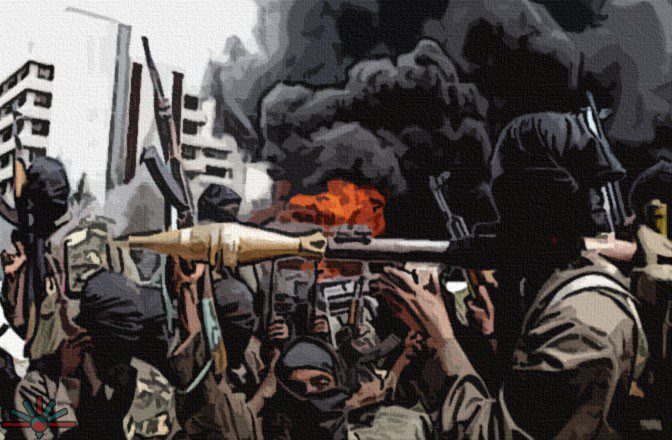 Abstract: The deadly Daesh insurgency across the Middle East has dominated headlines across the world. Millions watched in horror as violent, radical Islamist groups took control of entire cities and regions throughout Iraq and Syria, expelling millions from their homes, disrupting urban areas, and killing indiscriminately. As 2018 draws to a close, it would be prudent to address the social, economic and political conditions leading up to armed conflict in Syria and Iraq, to investigate how the international community could better respond and prevent this type of conflict from occurring in the future.

The Fall of the Daesh in Iraq and Syria

In late 2017, Iraqi Prime Minister Haider al-Abadi declared that nearly one-hundred percent of the territory across Iraq and Syria, claimed by Daesh, had been recaptured. At that time, U.S. Defense Secretary James Mattis outlined that while the caliphate was on the run, the fight was not yet over, and that fleeing extremist groups would have to be hunted down. One region the international community has turned to in its fight against terrorism is the Sahel – an area that stretches across various African nations, from the Atlantic ocean to the Red Sea, much of which experiences low levels of economic development, poverty, political instability, and is overall poorly governed. According to the Centre for Strategic and International Studies (CSIS), these are perfect conditions for extremist groups, such as Al-Qaeda in the Islamic Maghreb (AQIM), to grow and thrive.

Nigeria is Africa’s most populous country, largest producer of oil, and second largest economy. Based on this affluence, Nigeria has been described as an emerging economic and political powerhouse in the region. Extremist groups such as Boko Haram (Western Education is Forbidden) rooted in Northeastern Nigeria, however, threaten stability, and could trigger a larger refugee crisis. Sub-Saharan Africa, including the Sahel land belt, has been a hotbed for terrorist activity in recent years, with reports indicating the highest number of deaths from terrorism in the world, second only to the Middle East and North Africa (MENA). According to the Global Terrorism Index, which investigates the impact of terrorism, Nigeria ranks third worldwide, and is the only country in Africa with this level of impact, third only to Iraq and Afghanistan. Between 2011-2016, Nigeria by far experienced the most terrorist attacks from groups of fundamentalist religious ideologies (18,500) in Africa, with figures over five times larger that of the second highest ranking country, Somalia (3500). The United Nations Development Programme has also warned that prolonged violence and terrorist activity in the region can vastly reduce the degree to which development occurs, and could exacerbate further violence, terrorist activity and instability. Nigeria is a suitable target for Daesh fighters to travel to, based on the low levels of effective and accountable governance, wide open spaces, and existing terror networks in the region. According to the United Nations Development Programme (UNDP), despite development achievements in nations within the Sahel land-belt, much of this development assistance was concentrated unevenly and left many areas with highly dispersed populations without development gains. As a result, these areas, including the northeastern Borno province of Nigeria, are still systemically vulnerable to conflict and terrorist organizations, including Boko Haram and Al-Qaeda syndicates.

Boko Haram is a violent fundamentalist Islamist group based in northeastern Nigeria, an area bordering Chad and Niger, where government control and the accessibility of humanitarian aid is severely limited. The group received international notoriety in April 2014 when they claimed responsibility for the bombing of a bus station that killed nearly one hundred people, and then on the same day kidnapped over two hundred school girls, which prompted international outrage and the hashtag, #BringBackOurGirls. Since 2015, the Islamic militant group has been largely driven out of the area by Nigerian troops, and by surrounding states such as Cameroon, Chad and Niger, only to be pushed further into the Sahel. In August 2015 Boko Haram splintered into two groups, one remained Boko Haram under the leadership of Abubakar Shekau. The other pledged allegiance to ISIS, declared itself a caliphate, and branded itself the Islamic State West Africa Province (ISWAP) under the leadership of Abu Musab al-Barnawi, the son of Boko Haram’s founder Muhammad Yusuf. Operations conducted by Shekau and Musab al-Barnawi are similar in that they both vehemently target Christians, which make up approximately forty-percent of Nigeria’s population, seek to dechristianize the area and reject all forms western education. A key difference between the groups is that Musab al-Barnawi focuses on expanding ISWAP across West Africa and the Sahel, whereas Shekau focuses combat towards the Nigerian government. Another distinguishing factor is that Boko Haram is much more extreme in attacking soft-targets, Christians and Muslims alike, whereas Musab al-Barnawi avoids attacking Muslims. Ideologically they differ as well, Musab al-Barnawi’s beliefs are more aligned with Al-Qaeda than the Islamic State (IS), despite ISWAP being a satellite of the IS. Allegiance to the IS  is explained such that ISWAP does not believe their ambitions cannot be achieved through al-Qaeda’s gradual method, but rather through brute force and occupation offered by the IS method, as evidenced in the Middle East.