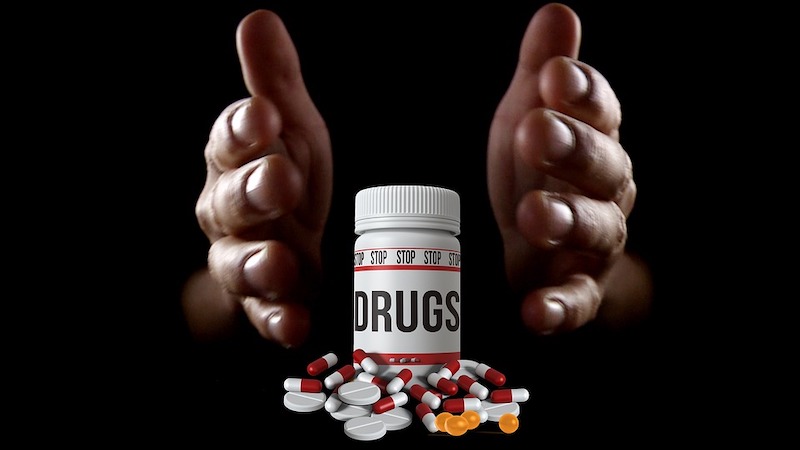 Nothing quite captures the transnational nature of the so-called “War on Drugs” like the 2015 film, Sicario, which highlights the limits of what national law enforcement can do to stem the drug trade. Indeed, the whole point of the film is that the forces of “good” have to transcend international law – perhaps even morality itself – in order to make any measurable difference in the “war”. In the face of a conflict that goes beyond the capacity of the state to manage it through its own resources and legal channels, the only options that remain at the state’s disposal are either a wider multilateral and global governance approach or covert operations that would be deemed a violation of international law. Sicario depicts the use of the latter. The plot of the film involves an FBI agent giving a CIA unit a veneer of legality as it performs extrajudicial killings in Mexico as a means of reordering the drug trade, making it more streamlined and “controllable.” The character commanding the operation, played by Josh Brolin, admits that the strategy is really palliative: “Until somebody finds a way to convince twenty percent of the population [of the United States] to stop snorting and smoking that shit [hard drugs], order is the best we can hope for.” Indeed, the wellspring of the problem with drugs is the demandfor them.

The United Nations has alerted the world community to the health crisis posed by the global drug epidemic, especially the spread of opioids. It estimates that upwards of 200,000 lives are lost globally every year to drug overdoses, and millions of “healthy years” are lost to those whose drug abuse does not have fatal consequences. In the United States, the Trump Administration has made the spread of opioids a major campaign issue. Obviously, the desire to avert the great harm drugs do to individual human beings is the primary impetus behind the attempt the combat them. But the drug trade is no longer just a public health, or even law enforcement issue. It is a matter of national security. In fact, it is a transnational security matter because it depends as heavily on global supply chains as much as any other major world industry. It poses an existential threat to the state itself. For centuries, the security of the Westphalian-style state had depended on its ability to marshal national resources to ensure its self-preservation. If a country cannot adequately do that, then it must rely on alliances with those countries that do have the resources to ensure its survival. Every worker lost to drugs represents a decline in domestic productivity and, consequently, a smaller military budget for the country in which this occurs if that budget is determined as a fraction of the GDP. Every death through overdose, particularly in the male working-age population, means a shrunken pool of potential military recruits. If this happens across the spectrum of an alliance, the alliance’s collective power is compromised.

Given these basic facts, policymakers from across the NATO Alliance should look at the global drug pandemic with growing concern. In the United States, for example, data from the Centre for Disease Control and Prevention (CDC) indicates that the rate of American deaths from opioid overdoses has steadily grown since the turn of the century, and has exponentially spiked since 2012. In 2017, the number of deaths from opioid overdoses reached a staggering 72,000. What is particularly consequential about this statistic is that it mostly affects men of prime working age. This trend was recently cited by Federal Reserve Chair Janet Yellin as a probable cause of the decline in the U.S. labour participation rate. This trend needs to be borne in mind when analyzing the seemingly upbeat U.S. unemployment figures. Drug addicts who have not yet died from their habit are often outsideof the labour market altogether, not just unemployed. According to the non-profit consulting institute, Altarum, the opioid crisis alone has cost the U.S. economy 1 trillion dollars since 2001. This figure is the aggregate sum of estimated wages lost by individuals, productivity lost by employers, increased healthcare costs, and tax revenue lost to the state. More disturbingly, the annual rate of this cost is climbing. Between 2018 and 2020 alone, the U.S. economy is expected to incur another $500 billion in damage related to opioids. Each overdose death costs the economy an average of $800,000. Meanwhile, the drug cartels that control the trade reap enormous profits without paying a penny in taxes while the public foots the bill in social costs for their obscene wealth.

At the political level, drug cartels can actually pose an existential threat to the state when they undermine its legitimacy. Although this problem mostly affects Latin American countries, not NATO members, it nonetheless represents a concern for the Alliance. Whether it’s in Mexico or Afghanistan, countries that lose legitimacy are less reliable and effective partners in multilateral initiatives intended to stymie drug cartels. Many of the terrorist groups currently arrayed against Western democracies fund their operations using proceeds from drug sales.

The United States is by no means an outlier in the Alliance when it comes to grappling with a drug epidemic. The generous welfare states of Western Europe are increasingly burdened by lower labour participation rates among youth, which empirically corresponds to drug use, especially the use of cannabis. A potential consequence of China’s One Belt, One Road initiative, which has Chinese access to European markets as its ultimate objective, is that it might facilitate the easier transportation of drugs from Central Asia to Europe.

When these effects are aggregated in countries across the Alliance, it means a weaker NATO. To some extent, the danger is counterbalanced by the fact that potential adversaries of the Alliance are also grappling with their own intractable drug problems. In some respects, these countries are in a worse situation, often lacking the social resources to mitigate the effects of widespread drug abuse, such as recovery facilities. Iran can count millions of drug addicts among its population, a huge embarrassment to the conservative Islamic theocracy. Russia has been wracked by a frighteningly rapid growth in HIV cases related to the widespread use of contaminated intravenous drug needles.

So what is to be done? First, and perhaps most importantly, the governments of NATO countries must foster stronger anti-drug cultures through the use of public education. Domestic demand for drugs sustains the entire system, and this demand is spread by culture and social mores. Ultimately, drug use is the result of free will and human decision. It has become fashionable in recent years to blame drug use on economic circumstances, as “deaths of despair.” But this carries only a limited amount of explanatory power.  According to a study released by the U.S. Federal Reserve, there was no increase in the proportion of opiate abusers in the United States during the Great Recession. If opioid abuse were a response to joblessness, we would expect there to be a correlation with such a profound economic downturn. This strongly suggests that the drug epidemic has a multifactorial origin, shaped by such things as social norms.

Ultimately, democratic governments cannot unilaterally reshape cultures; their constituents have to do that. However, government can set the tone. Like the issue of national defence, national anti-drug campaigns should be non-partisan and reflect a unified discourse.  It is irresponsible for governments to use long-term national pain for short-term electoral gain or to increase tax revenues. Drug legalization is often promoted as a matter of personal freedom. Unfortunately, society bears the cost of this individualistic thesis.

Recognizing the national security aspects of the drug trade also makes it easier to use the considerable resources of the military to suppress it. It might surprise may Canadians, for example, to learn that their government has used its armed forces as important auxiliaries to police operations to suppress illicit drug production, in Operation SABOT, for example. The military’s role in combating the drug trade should be expanded, as it is one of the primary arms of the Canadian government that enjoys domestic, continental, and global reach when coordinated with multilateral institutions. This multi-levelled operability is necessary to fully engage the far-flung networks of the global drug trade.

If people truly care about the nation-state, then they should recognize that protecting the state’s interests cannot be done without transnational cooperation and partnership. This is particularly true of the threat posed by drugs. This justifies a multistakeholder approach in which non-state actors are mobilized with state and transnational institutions.

Image: RonnyK via Pixabay. CC0. Free for commercial use.