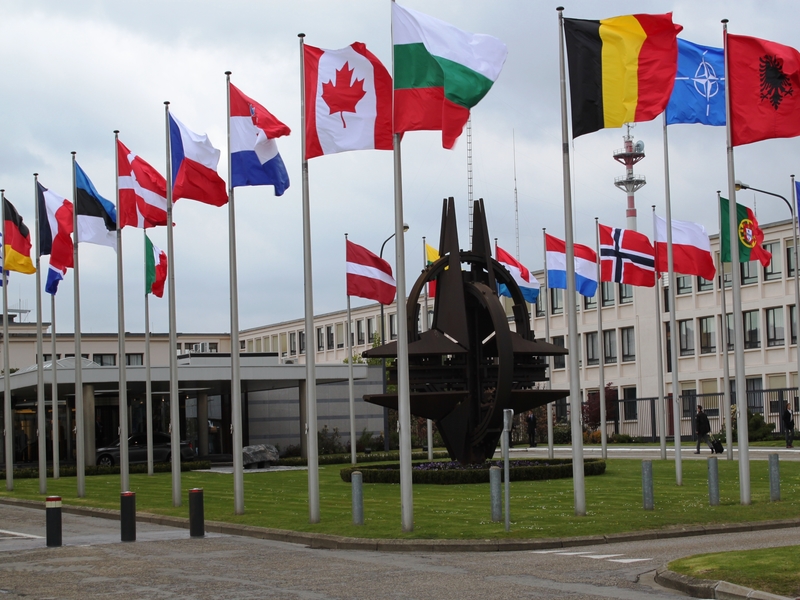 Recent discourse surrounding NATO has placed the international organization in a negative perspective. Internal disagreements between member states take precedence over NATO operations in the media. The perceived lull in the desire to engage in traditional forms of warfighting, and the changing demands of the global security environment foster a sense that military partnerships are outdated. Member states with larger than average defense budgets consider their role in NATO obsolete, and believe they could achieve their desired foreign policy goals outside the confines of international cooperation. A charge emerged that specific members were not pulling their weight and meeting armed forces financing goals.

Countries have been compelled to acknowledge that these claims are generally truthful. Only the United States and Estonia are poised to realise their Wales Pledge defense funding. After the Brussels attacks, politicians questioned the effectiveness of NATO and if their anti-terror operations achieved tangible results. The most blunt statements about foreign policy in the 2016 Republican presidential primaries in the United States discussed NATO’s futility or continued worth. It was good timing for Canada to strongly albeit reluctantly affirm its position on NATO membership.

Although making commitments to key NATO operations in Kosovo, Afghanistan and Libya as well as taking part in Eastern European exercises, Canada has been accused of skirting its obligations. This is not a new accusation, but one that has brewed for some time. How did such an allegation develop? It all comes down to money. Canada may be one of the larger and more developed economies in NATO, but it allocated less funding towards defense expenditures than a number of smaller partners. The Wales Pledge mandated that defense budgets should reverse the trend of dwindling investment in the armed forces by earmarking 2% of Gross Domestic Product (GDP) specifically for this cause. Only five countries achieved this in their 2015 budgets. According to fiscal data, in terms of percentage of GDP, Canada was outspent by Albania, Bulgaria and Slovenia. The reluctance of previous Canadian federal governments to realise military spending promises aligned with the notion that Canada was stepping back from involvement on the world stage.

The frank tone of the discussion over Canada’s military funding, NATO membership and obligations prompted a response. Prime Minister Trudeau recently reiterated Canada’s dedication to NATO objectives from unity between partner countries to strengthening the flank in Eastern Europe. As well, he again confirmed his presence at the Warsaw Summit in July. Nevertheless, answers to the questions surrounding the Canadian defense budget remain murky. The 2016 Federal Budget was unfavourable in its provision of funds to the armed forces and placed billions of dollars in limbo. Furthermore, Defence Minister Harjit Sajjan confirmed openly that Canada would not commit to achieving its Wales Pledge goals. These are obvious mixed messages from the Canadian federal government yet again.

‘Canada is back’ has been the motto of the foreign policy of the early months of the Trudeau government, but this sentiment must be transformed from a popular catch phrase into something of actual substance. There is no doubt that Canada receives a strong return on its current investments in its military. Contemporary funding permits the armed forces to be involved internationally in a variety of operations. It can be argued that Canada is clever with its frugal investments. Nevertheless, the previous federal government agreed to achieve the Wales Pledge, and though it may be argued that 2% of GDP is a vague number, it is a statement of how serious member states take their NATO responsibilities. If finances do not confirm that Canada is dedicated to NATO’s mandate, it must find actionable ways to make the same point. With the depth of its diplomatic corps, strong relationships with states around the world and military partnerships, Canada can emerge as the leading middle power globally.

NATO member states are specifically asking for deeper military partnerships with Canadian forces. This is affiliated with Canada’s long-time involvement in operations focused on Central and Eastern European security, and the recent declaration of boosting the Eastern flank. For instance, Lithuania requested an additional Canadian presence in the Baltic region just as Poland enquired about increasing the number of Canadian troops on Polish soil. The opportunities are there for Canada to satisfy the sentiment that it is a viable global partner and dedicated to NATO’s mandate with its resources at present. Nonetheless, as the breadth of NATO operations expands, global powers shift their own budgets and Canada is called to realize diverse security goals, an increase in defence spending is logical public policy.

Canada cannot have it both ways. It cannot defer payment allocated to the development of its armed forces, and decrease funding to international development goals while deliberately stating its plans to resume its role as a global player. While it is imbalanced to declare Canada as an international slacker, the country cannot overextend its foreign policy goals if funding is not considered an important variable. Canada has the choice to retain its current status quo where it receives good value for its current investments or try to achieve the lofty ambitions that come with the declaration that it is ready to encourage a cosmopolitan role. The complexity of international security is growing as states around the world request Canadian help and Canada must ensure its own national security. Expedient actions are important but in the end, they require money.