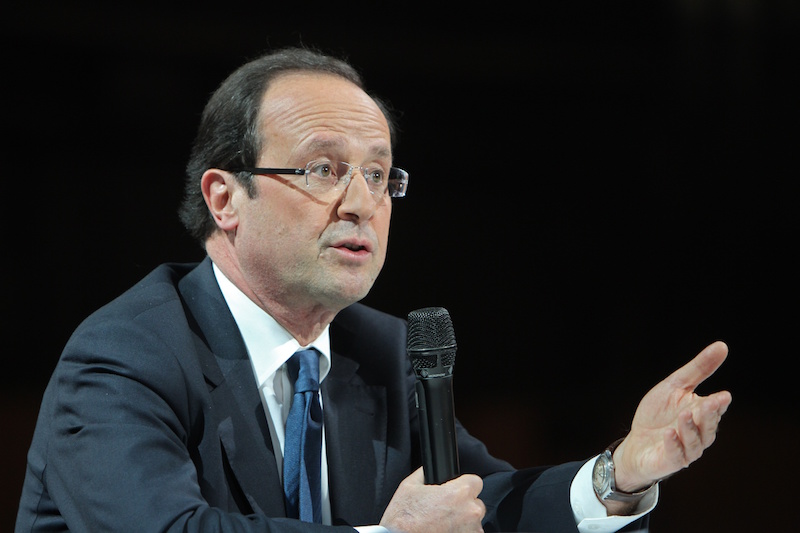 Serial attacks occurring in France is a pattern of violent behaviour realized by a few vicious and misguided people. On the latest attack in Nice, a driver of a heavy-load transport truck intentionally drove through a congested 2 kilometre harbour front during the celebration of Bastille Day, killing 84 people including 10 children, and hospitalizing 303 people. Fortunately, the police shot the attacker before he could continue his killing spree, as there were approximately 30,000 people on the Promenade des Anglais celebrating. After the frightful event, President François Hollande blamed these actions as, “an undeniable terrorist nature.. [by] an enemy who will continue to hit countries who see liberty as their essential value”. Standing in solidarity, NATO Secretary General Jens Stoltenberg described the event as an, “attack target[ing] innocent people and the core values for which NATO stands”.

It is difficult to confirm Mohamed Lahouaiej-Bouhlel’s motivations for the attack. A terrorist connection, if there was one, is unlikely to have been a direct influence in coordinating or assisting the attack since Bouhlel was not a known jihadist. Furthermore, evidence indicates that Bouhlel had a history of violence, mental instability and a minor criminal record. Neighbours described him a violent isolated individual who had a habit of drinking, lifting weights and salsa dancing. The French Prosecutor, François Molins, stated that he was living a life far from religion, as he was found eating pork, taking drugs and indulging in a ‘wild’ sex life, contradicting many, if not all values of ISIS.

Investigators did find pictures linked to radical Islamism on his computer, the flag of IS (Islamic State), and an image of Osama bin Laden. Moreover, Bouhlel’s browser history showed that before committing his attack, he intently researched the location, the celebration and the renting of a suitable vehicle. Although there is still no evidence suggesting a pledged allegiance to any radical groups, IS claims that Bouhlel acted in response to its calling targeting civilians in states that are part of the coalition against the terrorist group. Nevertheless, Bouhlel’s true motivations have yet to be identified. On a balance of probabilities, it is most likely that the ISIS calling appealed to his violent nature and triggered him to follow through with this attack.

France, has already experienced two waves of terrorist attacks: during the 1980s they were linked to extremist groups in Algeria and to homegrown militants in the 1990s. France does not have a good track record on integrating certain groups, Isolation and severe polarization are evident in some “banlieues” or suburbs where many grow up in physical and cultural isolation, creating gaps in society, and even pushes some individuals to commit acts of violence as a form of extreme rebellion.

66% of the population of France calls itself Christian, while the second most prevalent religion is Islam with 6% of the population. Note that these statistics are from the most recent CIA World Factbook, because France has not collected data on religious affiliation since the 1872 national census, since it considers itself a secular country. As such, France has failed to reflect on its own diversity and has perhaps not understood how important religion is to some.

Gordon Adams, a professor of international relations at the American University’s School of International Service, and a retired senior White House budget official for national security from 1993 to 1997, stated that, “France needs to undergo a deep self-examination, and a fundamental revision of the current practice of sidelining its large Muslim population, leaving them disaffected, poorly educated, underemployed, and ripe for recruitment to terrorism.” This categorized isolation polarizes the two main religious groups in France, creating a dangerous cycle where Muslims feel oppressed causing certain individuals to believe that they must follow through with acts of violence. In turn, acts of violence caused by this handful of violent individuals only enhances differential treatment of Muslims.

Dr. Clark R. McCauley Jr., a Research Professor of Psychology of Bryn Mawr College and a co-director of the Solomon Asch Center for the Study of Ethnopolitical Conflict, and Dr. Sophia Moskalenko, a Postdoctoral Research Fellow for START (Study of Terrorism and Responses to Terrorism), explain how radicalization occurs due to three key elements: (a) element of injustice, where an individual or a specific group feels superior to or mistreated and oppressed by another group, (b) element of distrust, where an individual or specific group feels neglected in care and isolated from help, and (c) element of vulnerability, where the situation is dire and the group faces danger of extinction.

Any act of violence or hatred is never the solution, and so, the aggressive perpetrators who have committed atrocious act of violence killing and injuring innocent people will never be justified in their actions. Nonetheless, identifying and solving this societal polarization can lead to a more inclusive French society, which can help mitigate future tragedies.

Muslims in France have faced all three elements. France having been primarily a homogenous secular society was not prepared to deal with the needs of its Muslim population and will now have to work hard to make up for lost time if it wants to have a better integrated society.