Gas transit through Ukraine is a matter not just of energy security but of national security for Ukraine and other countries in the wider region. Russia showed its willingness to the weaponize gas trade when it cut off supplies to Ukraine and Europe in the middle of winter in 2006 and 2009. Many believe that […] 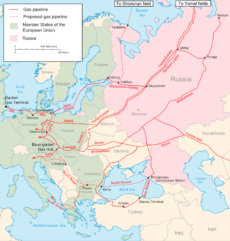 Following the Dutch discovery of the Groningen field, and British, Norwegian and Danish discoveries in the North Sea during the 1960s and 1970s, natural gas appeared to offer Europe an opportunity to decrease its dependence on Middle Eastern oil. However, demand for gas quickly outpaced supply, leading West European buyers increasingly to rely on Soviet […]

Two extremely important events for Turkey’s energy policy took place within days of each other at the end of May and in early June. The first was the formal opening of the Southern Gas Corridor (SGC). The second was the order, by Dutch courts, that Gazprom’s assets in The Netherlands should be frozen. That court […] 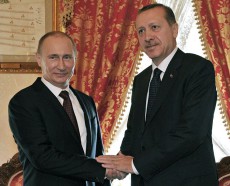 Michael Kang looks into the potential economic consequences that might result from Russian trade restrictions on Turkey following the downing of the Russian Su-24 jet in Syria.