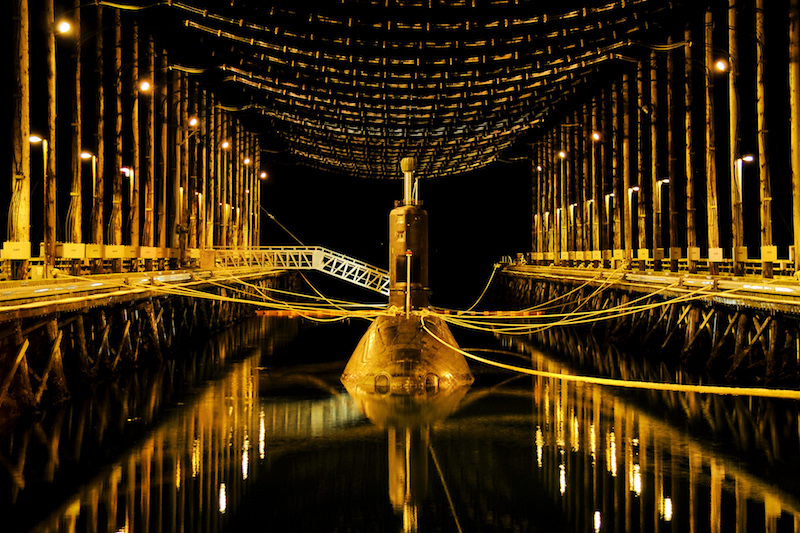 In part two of our five-part special report on Canada’s 2017 Defence Policy, the accrual method of accounting the Liberal government decided to utilize for future acquisition of capital assets will be examined. Part 1 examined general implications of the Defence Policy. Following segments will analyze the implications of this policy for each branch of the CAF.

An accrual basis of accounting is an effective tool that provides an efficient and simple means of projecting costs accurately, however, this is the first time the Department of National Defence has chosen to rely on it. Accrual is a reliable method of accounting that is beneficial for long term planning, which is the main function of government budgets: planning for long term infrastructure development. A brief description of what accrual accounting is can be found here. The virtues of an accrual method of accounting are not the subject of this report. What is being challenged are the implications of spreading costs outside the 20 year window, which is the self-imposed timeframe of the Defence Policy. Further, leaving costs unaccounted for, as well as discrepancies created by being funded on a cash basis while operating on an accrual basis, along with an absence of transparency are running themes throughout the report.

The policy conveniently advertises the cash basis value of an increase in defence spending, despite functioning on an accrual basis of accounting. The numerically larger attention grabbing unit generated by cash accounting (32.7 billion CAD) has greater visual appeal than what defence spending is expected to be when using the accrual basis of accounting (24.6 billion CAD). Ultimately, the cost of an item must be paid in full regardless of how one accounts for the payment. The discrepancy created when calculating funding on a cash and accrual basis results from the self-imposed 20 year limit of the policy which means costs falling outside of this timeframe must still be payed but are not shown in the policy.

The Defence Policy states that the flexibility provided by accrual accounting is necessary “to make adjustments to the accrual budget to reflect changes [emphasis added] in major capital projects”. The policy acknowledges that these ‘changes’ include, but are not limited to, delays associated with contracting, slippage in performance and delivery, changed timelines, and a variety of other contingencies, the majority of which happen to fall under the acquisition and development phase, which is where accrual has its greatest utility. What is noticeably absent is any attempt to elaborate upon how the government will plan for these contingencies should they arise.

After multiple proclamations in the first 11 pages of the policy that under a cash method of accounting defence spending will, through mendacious mathematics, reach $32.7 billion, the policy moves on to highlight the “flexibility” provided by the seminal switch to calculating all capital asset costs under an accrual method of accounting.

Only once is it mentioned that contingencies unaccounted for in current mission costs will be recompensed by “seeking additional funds” so that other costs (acquisitions or investments) are not adversely affected. It never explains what will occur should the DND fail to procure these “additional funds”. This implies a slim margin for error, if any.

In Annex B the government admits that a thorough review resulted in the provision of an additional $5.9 billion over 20 years to existing planned equipment projects to “better reflect their true costs”, further highlighting the lack of contingencies for unforeseen future risks. One suspects that this will be a pattern which repeats itself and will upon occasion be made public through the Defence Investment Plan, the first of which is set for release in 2018.

Furthermore, Canada falls short in comparison with past defence policies of allies  who do outline a contingency plan for ‘outturn costs’. This issue has been identified and amended in other plans, as overhead costs are a commonly recognized reality. Instead of obscuring key issues in the budget by arbitrary methods of calculation, which arouse suspicions of deliberate chicanery, Canada should have observed how Australia, a fellow commonwealth nation, determined it essential to release a budget and investment plan simultaneously. Correlating material capabilities with strategy reinforces the notion that a nation’s budget and defence policy are in harmony with one another.

The Liberal government exposes itself to a massive credibility gap by permitting equally massive over-costs, but the amount of media coverage the defence policy has received since its release meets the Liberal government’s hope that no one would hold them accountable for their proclaimed commitments because most will have forgotten about them. The government has created a defence policy that is abstract and vague, employing a method of accounting that promotes political utility over functionality, and thereby hindering the CAF’s ability to be strong and engaged in the future for current political tradeoffs.

While this policy switches to an accrual method of accounting, the Treasury Board Secretariat of Canada, which dispenses funding for departments on an annual basis, still distributes funding on a cash basis. Hence, one might question the utility of this switch. It can be assumed that this is a convenient mechanism that allows added costs to be projected in the future ‘life’ costs of a specific project. Accrual is a convenient cop-out that allows any added costs arising from unforeseen contingencies to be factored into the future ‘life’ costs of a project.

This transfer of political risk to the future highlights the true purpose of this document. Delivery of a policy was more important than delivering a solution to the issue at hand: the under-equipped CAF. The lack of realistic funding will, most likely, have severe future implications. Our specific forecasts of the effects of this funding strategy will be completed in greater detail in the following 3 parts of this series. If these numbers are taken at face value, either the government will negotiate some of the most lucrative contracts in the history of procurement or capabilities promised will simply not be met.

Photo: HMCS Victoria (SSK 876) is moored in the Magnetic Silencing Facility at Naval Base Kitsap-Bangor via Department of Navy.