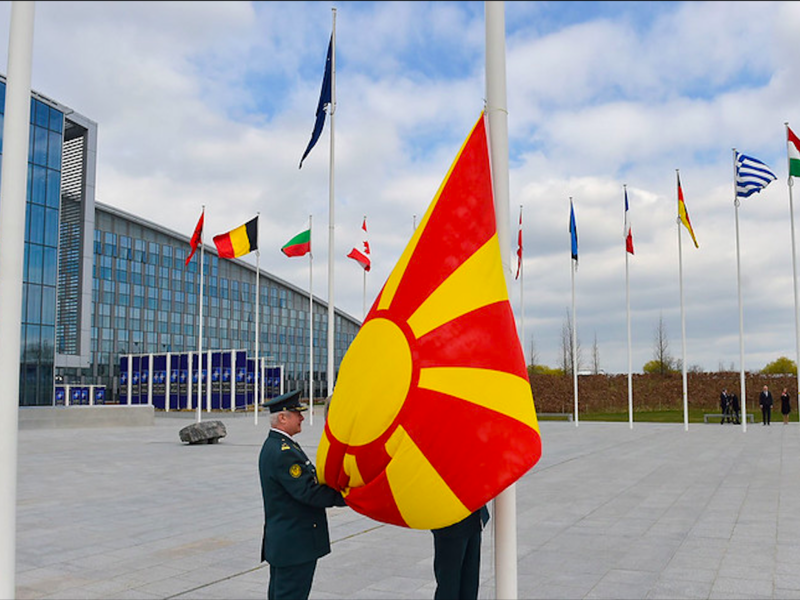 The fall of the Soviet Union in 1991 led to the disappearance of NATO’s core purpose. Originally conceived as a collective security tool steered towards the containment of communism, the Alliance had to reassess its mission after the end of the Cold War, leading to a functional and geographical enlargement outside of its traditional boundaries. Since 1991, fourteen States have joined the Alliance. Yet, this enlargement does not achieve consensus within the Organization and generates tensions outside of the Alliance.

In this edition of the Editors’ Forum, the program editors at the NATO Association of Canada discuss whether NATO should continue to expand.

Expansion by design: how NATO will continue to grow

Throughout its history, NATO has invested significantly in refining the mechanisms and principles that drive its continued expansion. This gives the alliance an opportunity to support the growth of its core values in prospective members of the alliance, despite the challenges posed in expanding to include all interested states. In order to remain relevant and vital in the changing geopolitical landscape of the 21stcentury, NATO should continue to offer a place for nations seeking to share in promoting peace, prosperity and security for all members and partners of the alliance.

Since its foundation in 1949, NATO has continually added new member states, undergoing eight rounds of expansion that have seen the alliance grow from 12 to 30 members with the accession of its most recent member, the Republic of North Macedonia on March 27, 2020. NATO has consistently looked to expand the alliance, beginning with Article 10 of the North Atlantic Treaty, under which any European state interested and capable of furthering NATO’s principles and security goals, is invited to join the alliance.

NATO conducted an analysis in 1995 of its expansion policies as it moved to incorporate members of the former Warsaw Pact. This concluded that further expansion of the alliance would allow it to play a key role in promoting democratic values and reenforcing international cooperation mechanisms among those states, which allows NATO to support its overarching goal of helping to guarantee peace, prosperity, and security for its members. Currently, NATO assists prospective members by ensuring their readiness to join the alliance by helping applicants to draft a membership action plan, which defines the reform milestones required for a nation to begin the process of joining NATO.

Beyond the current membership action plan process with Bosnia-Herzegovina, the future of NATO expansion becomes somewhat less clear as the alliance faces challenges in continuing to expand its reach. Among those challenges is integrating interested potential members such as Georgia and Ukraine, currently at the political periphery of Europe, whose integration with NATO will help rectify national security issues that have the potential to threaten reforms, but would also pose challenges in the alliance’s difficult relations with Russia, requiring the alliance to pursue a careful approach to its continued growth in the European region.

NATO: An Urge to Expand the Alliance

Over the past seventy years, NATO has expanded from the original signatories to a strong alliance of 30 countries collectively committed to the protection and maintenance of the rules based international order. Today, the alliance is reaching the limits to its expansion. This is because the phrase “any other European state” hinders the inclusion of numerous countries using NATO systems and procedures, as member states. NATO should not stop expanding; rather it should replace the “European” word with “North Atlantic”. By doing so, NATO could invite other North Atlantic countries such as Mexico and Morocco to seek membership within NATO.

NATO should invite Gulf States, such as UAE, Kuwait, Qatar, Oman and Saudi Arabia to potentially become NATO member states. This is because such countries already operate military-wise in conformity with NATO principles and values. These countries already use NATO equipment. For partner countries, NATO should seek to include strong countries from all regions of the globe.

In fact, countries wishing to join NATO as members or partners should provide actionable and verifiable intelligence of Counter Terrorism actions and all relevant policies pertaining to climate change and sustainability to NATO HQ, during the application process. Successful countries should then be integrated into the alliance’s framework.  However, for those countries which fail to produce the requisite information, the following should apply:

In conclusion, NATO should not stagnate by geographic limitations. It should seek to expand in conjuncture with international rules and regulations, while respecting neutrality of several nations. After all, a stronger NATO is not one bound by limits, but one that flourishes through the participation of more countries, and their collective understanding of the values and principles required to maintain the rules based international order.

NATO was founded to seek “peace” for “all peoples and all governments…on the principles of democracy, individual liberty and the rule of law.” Since their inclusion into the North Atlantic Treaty, these principles have not diminished. On the contrary, their stock has risen as geopolitical challenges have multiplied – with member-states beset with consequences that threaten them. Amidst these developments, the Alliance’s duty to secure peace and uphold such principles has become more acute – with such duties only possible if NATO expands its scope and depth of activity.

Such expansion, inter alia, must occur chiefly beyond the ‘North Atlantic’ realm – i.e. from its geographic focus on Europe’s flanks of Russia, the Middle East and North Africa. Arguably, their regional issues are being eclipsed by the existential threat posed by China to the liberal international order and to NATO member-states. The Chinese threat is multiplex – targeting developed economies, through cyberattacks and intellectual property theft; developing economies, through massive indebtedness (commonly termed “neocolonialism”) via its Belt and Road Initiative; and territorial integrity, through military belligerence (e.g. in the South China Sea and Himalayas). Moreover, China has breached compacts embodying NATO’s founding principles – i.e. the 1984 Joint Declaration (i.e. through actions in Hong Kong) and the Responsibility to Protect(through its repression of Tibetans and Uighurs). In consequence, the threat China poses is acute – meriting a response from NATO to contain Chinese expansionism, akin to Europe vis-à-vis Russia.

To this end, NATO must venture into two more ‘oceanic realms’ beyond the North Atlantic – i.e. the Pacific and Arctic. It must partner with East and Southeast Asian nations to undermine Chinese capacity-building and defend them against hegemony – including, among other measures, extending Article 5’s ‘mutual defence’ provisions to them through membership. A comprehensive deployment of naval assets is equally necessary – encircling China in the Pacific and preventing any gains in Arctic territory (mutatis mutandisfor Russia). Such measures are essential to preventing Russo-Chinese capture of NATO’s Arctic territory (especially in Canada) for extraction and trade navigation (e.g. the Northwest Passage). It is, consequently, an utmost imperative that NATO expands – and addresses all its threats.

NATO 2020: Expanding with a Purpose

NATO expansion is dependent on the size of the threat, its objectives, and the political environment in which it would happen.

NATO is experiencing real challenges that threaten its relevance. While NATO members are renewing commitments to meeting the 2% defence spending threshold, questions about NATO’s ability to coordinate with the EU on cross-cutting security risks undermine the alliance’s effectiveness. Moreover, in situations that involve both civilian and military domains, it is more likely that the EU would operate as the first responder. Finding a space for its operations that effectively responds to the nature of new threats is the primary reason against expansion today.

However, the international order needs more venues for diplomatic dialogue and multilateralism on a plethora of issues caused by globalization. China’s emergence in the Balkans has called for a re-examination of NATO’s relationship to these states and has created a competition for influence in the region. Perhaps the primary concern for NATO in this regard is the increase of Sino-Russian diplomatic relations and the risk of influence and information-sharing collected through China’s Belt and Road Initiative. Effective responses to these challenges require a change in regulating mechanisms and shared expertise that can match the competition. NATO then is uniquely positioned to share its military expertise and strengthen its capacity for coordination with the European Union to respond to the security risks in the region. NATO and the EU must also actively negate the growing influence of challengers in Eastern Europe and explore expansion opportunities in these competition zones.

Cover image: Ceremony marking the accession to NATO of the Republic of North Macedonia (2020), by NATO via Flickr. Licensed under CC-BY-NC-ND 2.0.