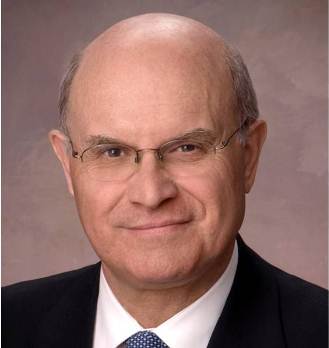 The role of the NATO Association is to educate Canadians about the importance of the North Atlantic Treaty Organization (NATO) to Canada’s peace, security and prosperity. At a crucial moment in history for Canada and the international rules-based order, it is vital that Canadians learn about and recognize how much we rely on NATO. It is an organization made up of allies brought together through the challenges of history and directed to a common purpose of maintaining peace through collaboration.

Discussing his new role, Mr. Collenette stated, “Having spent a career focused on advancing parliamentary democracy and the promotion of global security I am eager to lend my voice and support  to raising awareness of Canada’s role in NATO and its goal of global peace and security. This is Canada’s Alliance and every Canadian should be proud of it. I look forward to working with NAOC President and CEO, Robert Baines, in ensuring that the values and mission of NATO are better understood by all Canadians. I am honoured to follow in the footsteps of Ms. Langley Hope and other distinguished colleagues, the Hon. Donald Macdonald, the Hon. Hal Jackman, the Hon. Roy MacLaren, Eric Jackman, the Hon. Bill Graham and the Hon. Hugh Segal.”

Mr. Collenette has served in Cabinet under three Canadian Prime Ministers, Pierre Trudeau, John Turner and Jean Chretien, and held several portfolios including Minister of Defence (1993-1996), Minister of Veteran’s Affairs (1993-1996) and Minister of Transport (1997-2003) among others. At National Defence he led the reorganization and restructuring of the department as the government confronted the enormous budgetary deficit. He was proud to work with his American counterpart, Secretary William Perry in developing and executing Partnership for Peace which welcomed former Soviet Bloc nations into the NATO alliance.  As Minister of Transport on September 11th, 2001, Mr. Collenette led Canada’s response to the complex challenge of shutting down Canadian airspace and landing all commercial flights in a matter of hours. Since retirement from parliament in 2004, Mr. Collenette has remained active in global strategic thought through positions in academic institutions such as  Stanford University’s Institute of International Studies; Glendon College, York University; Ryerson University; and more recently, the Bill Graham Centre, Trinity College, University of Toronto. During his career he has worked in a number of private sector fields and most recently as an advisor to companies dealing with transportation security and to government on rail policy. He holds a Bachelor of Arts (Hons), Master of Arts, in political science and LL. D from York University, Toronto. He served as Chancellor of the Royal Military College of Canada from 1993-1996.

Former NATO Association Chair, Hon. Hugh Segal, OC, OOnt, CD, remarked,  “David Collenette has known firsthand what it’s like to work with our NATO allies across the table in tense situations. I have no doubt that he will be able to communicate the unmistakeable value of NATO as an instrument and insurance of Canadian foreign policy in maintaining our peace and way of life.”

In praise of the NAOC’s retiring Chair, Mr. Collenette remarked how Ms. Hope, “has given the NATO Association tremendous support and guidance, enabling it to have more impact and reach more people than it has ever achieved in the past. I will endeavour to build on this foundation and continue the trajectory she has traced out.”

About the NATO Association of Canada

Founded in 1966, the NATO Association of Canada is a charitable, non-profit, non-governmental organization. The NAOC is mandated with promoting peace, prosperity and security by facilitating conferences, publications, research and policy events to establish broader understanding of the NATO Alliance.

For further information: For an interview with Mr. Collenette and/or images, please contact: robert.baines@NATOassociation.ca