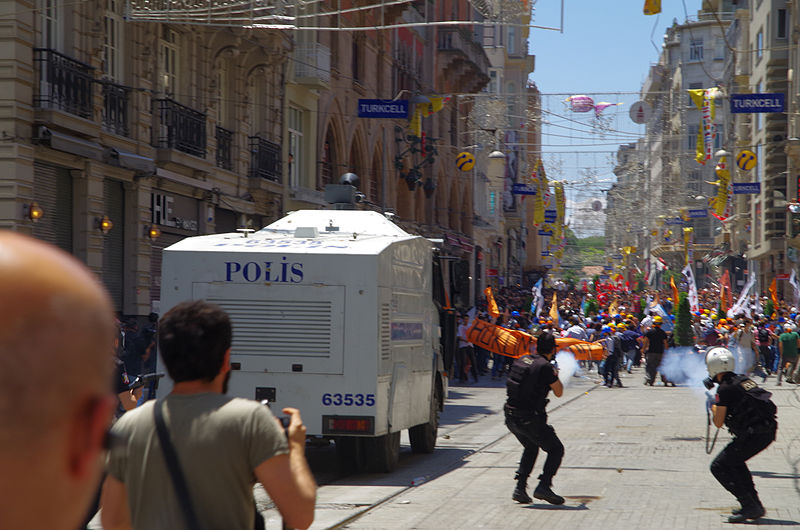 Amnesty International’s latest report (content trigger warning; rape, torture) exposed the harsh reality of the Egyptian government’s tactics for repressing political dissent. The investigation was catalyzed by the death of Giulio Regeni, who was found in Cairo this past February and drew international attention to Egypt’s internal security practices.

The report cites 17 specific cases of prolonged torture, and identifies a trend of three to four disappearances a day, cumulating into hundreds of students, activists and protestors seized and held without record, and without trace. The details of the reported abuse are harrowing, and those subjected to the worst treatment are as young as 14 years old. The missing individuals are thought to be held in the headquarters of Egypt’s Ministry of Interior, making forced disappearance and torture not only an unfortunate reality, but a calculated and state-sanctioned key instrument of Egyptian state policy.

The report delivers acute criticism of Egypt’s Public Prosecution for being complicit in the abuse. This is a betrayal of their duty under Egyptian law to protect people from enforced disappearances, arbitrary arrest, torture and other ill-treatment. It is also a violation of international human rights law regarding the same protections.

Amnesty International didn’t reserve their criticism for the Egyptian government alone. The organization pointed out the absence of pressure from the global community on Egypt to stop these egregious human rights violations.  Amnesty International’s Middle East and North Africa Director, Philip Luther, specifically singled out the European Union and the United States stating, “All states, particularly EU member states and the USA, must use their influence to pressure Egypt to end these appalling violations, which are being committed under the false pretext of security and counter-terrorism.” The United States gave $1.3 billion in military aid to Egypt this year without any conditionality or mechanism for incorporating human rights pressure – something Amnesty International argues is desperately necessary for change within Egypt. The organization proposed a cease of all transfers of arms and equipment that have been used to commit serious human rights violations in Egypt until effective safeguards against misuse are established, thorough and independent investigations are conducted, and those responsible are brought to justice.

Using the pretext of counter-terrorism to justify human rights abuses isn’t a habit unique to Egypt in the Middle East. Turkey is also a notable example of a Western ally, whose anti-terror policies are attracting attention as pretext for severe human rights abuses towards government dissidents. Although Turkey has been under some pressure from the EU, it has generally continued to practice these policies with minimal consequences and a continued position of privilege in the international community. It is a key component of NATO’s anti-ISIS strategy, a critical actor in managing the European migration crisis, and generally an important regional ally. In a similar vein, Egypt is regarded by many Western powers as a key counter-terrorism partner in the region.  Many states have used this justification to supply Egypt with arms and related equipment despite evidence of its use to commit serious human rights violations. Most of these nations continue to maintain close diplomatic, trade and other ties with the country without prioritizing human rights, often extremely reluctant to criticize these ‘friendly’ governments.

Counter-terrorism partnership isn’t the only consideration at play; Turkey and Egypt are stepping forward as key players in the ongoing Israel-Palestine conflict and peace process, most recently frozen in 2014. In late June, Israel and Turkey struck a long-awaited deal to normalize diplomatic ties, ending a six-year freeze following Israel’s raid on a Gaza-bound flotilla that killed eight Turks and one Turkish-American. Under the new deal, Israel will allocate $20 million for compensation of the victims’ families. As ties are restored, each country will return its ambassador, and there is potential for talks on a new natural gas pipeline.

In a similar historic step, the first such visit in nearly a decade, Egypt’s Foreign Minister Sameh Shoukry arrived in Jerusalem for talks with Prime Minister Benjamin Netanyahu. This push by Israeli and Palestinian officials for Cairo to resume its past role as a mediator has led conversations between Egyptian President Abdel Fattah Al-Sisi and Israeli officials, They have been discussing the revival of an Arab-led initiative to resolve the Israeli-Palestinian conflict in juxtaposition to Palestinian President Mahmoud Abbas’ attempts to get Egypt to support a French-led initiative with the same goal.

Israel has already rejected the French-led initiative on the premise that it feels international forums for the peace process are biased against the Jewish state. However, in a context of new levels of coordination and cooperation between Israel and Egypt, as Egyptian forces have battled Islamic State militants along Egypt’s border with Israel, Cairo emerges as a viable mediator.

Netanyahu asked the Palestinians instead to join them for direct negotiations. While Abbas deeply distrusts Netanyahu, Israeli and Palestinian officials have said they believe Al-Sisi can act as an honest broker. Meanwhile, security cooperation between Egypt and Israel is at a high point and Al-Sisi has indicated he is committed to establishing a Palestinian state. Egypt as a peace broker might prove a reasonable compromise to the ongoing stalemate, even if participation in the peace process is a calculated political move for Egypt.

By taking the lead in trying to reboot the Israeli-Palestinian peace process, Al-Sisi could improve his — and Israel’s — standing with Saudi Arabia and other Sunni Arab states as an ally in the regional block against Iran. He could also preclude any substantial pressure from Washington or others to change Egypt’s internal policies.

Photo: By Alan Hilditch via Wikimedia Commons. Licensed under CC BY 2.0.