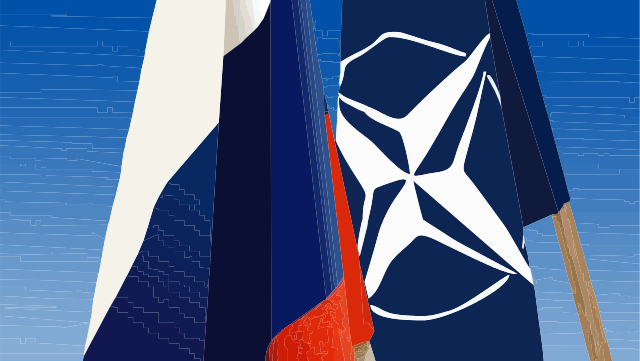 In March 2020, North Macedonia joined NATO as the 30th full member of the alliance. It was yet another state in the former Soviet sphere of influence to join the organization. While this news was applauded by NATO and its partners, it had opposite effects on the Kremlin, which worries that NATO’s continuous enlargement threatens its security and political interests. The difficulties in Russia’s relationship with the West stem essentially from the legacy of the Cold War. Since the Soviet Union’s dissolution in 1991, NATO has progressed from being an organization with a lopsided emphasis on military defence, to being one that is also interested in fostering liberal democracy abroad, including in post-Soviet states, to the great discontent of Putin’s Russia.

NATO’s ongoing enlargement process was encouraged by Brussels and the whole alliance after 1991, the Washington Treaty left membership applications open to any “European” country that wanted to be considered for admission. In other words, NATO does not recruit states, but rather, it is approached by them, as was the case with North Macedonia. This is a nuance that Russia appears to fail to understand. NATO enlargement is aimed solely at ensuring political stability, military cooperation, as well as the promotion of the development of strong allies against global security threats.

Still, this expansion into the previous Soviet sphere of influence has stoked Russia’s suspicion about Western motives, regardless of NATO’s rhetoric on enhancing its defensive, and not offensive, capacity. This skepticism reflects the fact that Russia follows the principle of ‘realpolitik,’ where security and survival between states is the primary dynamic in their relationship to one another. Moscow puts great emphasis on military capabilities; if any other state or organization possesses military capabilities, it is a potential threat. This is the very essence of the security dilemma, wherein the security of one state is inextricably linked to others. With regard to NATO-Russia relations in particular, the dilemma is exacerbated by other factors: the post-Cold-War divergence in Eurasia policy, the controversial logic of nuclear deterrence, and a legacy of mutual distrust.

Russia’s president, Vladimir Putin, has dramatically altered the European balance of power, with his ambitious modernization of Russia’s armed forces, on the one hand, to prevent former Soviet republics from joining NATO, and on the other hand, to defend Russia proper against Western influence. By going against European norms with the annexation of Crimea in 2014, Russia implicitly threatened NATO member states in the Baltics. It placed Eastern European NATO partners at a heightened threat of Russian incursion. Opponents of the regime believe that Russia is seeking dominance through expansionist policies to re-establish its status of hegemonic power in the region. In response to that, NATO deployed military forces in the Baltic states on Russia’s western borders, to reassure neighbour states and deter any potential aggression. In that sense, it is paramount for NATO to commit to Article 5 to defend the Baltic states to preserve its global legitimacy.

Conversely, Moscow criticizes NATO’s global implications and enlargement as violating “international norms”  all the while ignoring their own rules and interest in the global scheme.[1] Russia claims that their attempts for territorial “expansion” are intended to secure its people, military bases, and provide strategic depth against NATO on its borders[2]. In other words, these are purely “defensive” measures, too. The Russia sees the annexation\occupation of Crimea, Abkhazia, and South Ossetia as “liberation” for the majorities of the populations of these three respective territories[3].

It appears that NATO and Russia use similar language when justifying their own respective geopolitical enlargements. Whether NATO’s admission of new members, or Russia’s incursions into neighbouring territories, both couch these developments in the language of protecting their interests and sovereignty. Thus, it appears that Russia and NATO somewhat mirror their actions in face of a threat perception. This is the logic of the “security dilemma”  and it is to some extend unavoidable because military capabilities constitute a key pillar of national security and therefore, are necessary resources to states’ power and deterrence. Thus, the resentment in both camps continues to exacerbate the dynamics of security in Europe.

Overall, there are certainly commonalities between Russia and NATO that fit in the framework of the security dilemma. However, there are clear distinctions to be made; NATO’s mandate is not to undermine Russia’s interest but rather to ensure the stabilization of the western world through measures to promote peace, security and prosperity. NATO and Russia’s incompatible views of the international order (rules, norms and institutions that govern international relation) has locked them in a security dilemma, that can only be transcended with greater mutual cooperation.

Disclaimer: Any views or opinions expressed in articles are solely those of the authors and do not necessarily represent the views of the NATO Association of  Canada.

Sarah is an Algerian-born immigrant based in Montreal. She holds a BA in Political Science and Public Affairs from Concordia University, a Graduate Diploma in Aviation Management from McGill University and is currently pursuing her MA in International Affairs with specialization in cybersecurity at King’s College London. Sarah has a keen interest for aviation security and facilitation, international relations and technology. Sarah was both a delegate for the Canadian Youth Summit and of the World Youth Forum organized in Egypt in 2019. She also participated and organized Model United Nations and Jeux de la Science Politique conferences for three years in a row. She loves meeting new people, enjoy travelling, learning new languages, reading and exercising.   She can be contacted at: nebsarah@gmail.com  View all posts by Sarah Nebbal →