The development of the Stand-Off Detection of Explosives programme, better known as STANDEX, reflects two major developments for NATO and NATO states. Firstly, the joint cooperation between NATO and Russia demonstrates significant cooperation between that state and the Alliance. Secondly, it is a landmark technology that detects hidden explosives on individuals and pinpoints their location without disrupting the flow of passengers in busy commuter zones such as train stations in London or Moscow.

This innovation is the result of four years of joint research and development between Russia and NATO, with national contributions from the UK, France, Italy, Russia, Turkey and the US. The technology and difficulties were coupled with the human challenges of bringing together different cultures and modus operandi. Vladimir Dyakov, Counsellor at the Russian Mission to NATO, pointed out that “This is not the final point for STANDEX but a point of reflection: how can we find ways to go forward, to get better use of what we have created together”.  It was further noted, “the STANDEX programme is the result of the real and profound shared will of the NATO nations and the Russian Federation to foil attempts to attack critical infrastructure, in particular mass transport facilities”. Regardless of political ideology or regional dispute, the fact of the matter is that suicide bombings are a threat to major cities throughout the world and preventative measures to reduce the potential for these disastrous actions will prove beneficial to citizens throughout the world. 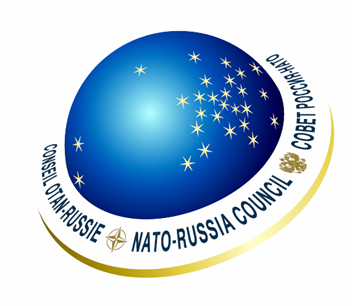 The project cost 4.8 million euros (6.6 million USD). STANDEX itself uses different technologies, including microwave scanning. Anomalies in the molecular composition of the objects or person are detected, even in a crowded space such as a train station or commuter hub. NATO claims that the technology complies fully with international surveillance legislation, which will surely be one of the greatest concerns of the public upon implementation of this technology. Indeed, no person-to-person searches are necessary. Test trials in June in an unnamed European city pinpointed an individual bearing explosives based on sensors and microwaves.

At this stage, the Alliance is looking to involve the private sector in the process. The intention is to hand this technology to the private sector by the end of 2015, when the project will be officially concluded. “We will show industry that we have a viable product. Industry can see what NATO has done and what they have to do therefore to commercialise it and make it usable. It has to be affordable,” says Jamie Shea, Deputy Assistant Secretary General of NATO’s Emerging Security Challenges Division.

Apart from the obvious defence and security benefits this project will inevitably provide for commuters throughout the world, the cooperation between the often-disagreeing parties of Russia and NATO is certainly an encouraging sign. Further cooperation between Russia and the Alliance can only strengthen the ties between the two, further contributing to the success of the principles of peace, security and good governance of the Alliance itself.

Special Report: The Importance of Climate Change for Transatlantic Security

A special report examining how some of the world’s leading institutions and states are addressing climate change and where they’re coming up short.

Learn more about Canada’s legal and human security relationships with indigenous peoples in this infographic by Willow Hillman!