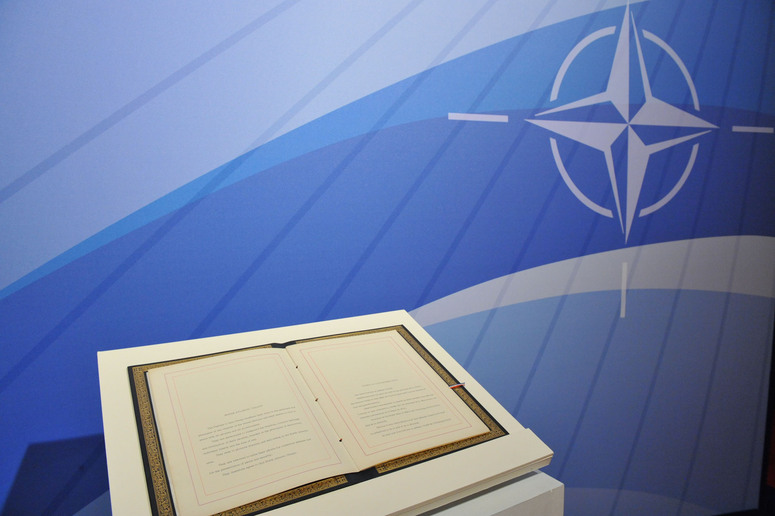 Drafted on April 4th, 1949 by the original 12 founding nations of the Alliance, the North Atlantic Treaty solidified the organization’s core mandate for decades to come. Rooted in the fundamentals of liberal-internationalism and the multilateral rules-based order, NATO has grown to include 29 member states, a diverse array of policy agendas through their partnerships, specialized groups and councils and have conducted operations around the world. For such a significant force in the international community, NATO must continue to remain dedicated to its goals of collective defense and international stability, however it must also strive to look ahead and adapt in the future. In order to do so, NATO should consider reworking the legal frameworks of the North Atlantic Treaty.

The international community has evolved at a remarkable pace since 1949 with changes in the relative balance of power of nation-states as well as the introduction and growing relevance of non-state actors. The global economy has transformed foreign relations, the world has experienced various hot and cold conflicts, the emergence of hybrid and cyber warfare, and global threats such as climate change and resource scarcity. Although most fundamentals of the international rules based order have remained unchanged, all of the aforementioned items could impact both the relevance and effectiveness of an organization like NATO and its founding policies and treaties.

The continued collective capacity to resist and defend against an “armed” attack might merit change given the evolution of conflict. According to article 51 of the UN Charter the definition of an armed attack doesn’t mention items like cyber attacks, or attacks on critical infrastructure. Similarly, political attacks/interventions aiming to subvert national governance might also be considered as they undermine the very principals of democracy that NATO values and protects. This notion could also apply to Article 6.

Arguably the most recognizable and important article within the treaty, Article 5 has an area where it could potentially evolve.

This statement is problematic. While NATO has historically and fundamentally operated under the rules and order of the United Nations, this quote has a direct, negative impact on NATO’s operational capacity – particularly given an Article 5 response. With Russia and China pursuing (at times) adversarial geo-political agendas, and with both entities maintaining VETO privileges within the United Nations Security Council, “terminating” or executing actionable military deployment only “when” the Security Council has finished its bureaucratic talks will only negatively impact NATO’s ability to respond quickly and effectively against an adversary. This is particularly relevant given an Article 5 response would only be triggered by a foreign attack – not a threat, thus meriting a military-scale defensive response.

Article 10’s prime focus centers on membership and inclusion of future states into NATO. While in its current state, the treaty is limited to “European State(s)”, an additional consideration, albeit controversial, would be the removal of geographic limitations towards NATO’s operational capacity. Given that NATO has operated alongside many allies which cannot attain membership status – Australia, South Korea, Japan, and New Zealand to name a few – the organization would only benefit from the inclusion and greater unity of allied nations who already share similar political, economic and military interests and principals. While some may argue this would risk NATO’s image becoming potentially “imperialistic”, the Alliance already has close ties with these partner nations, some of which contribute more to the alliance through greater economic and military strength than current member states. Some partner nations, such as Australia also have a longer history of political and military ties to NATO nations like Canada, the United Kingdom and the United States. It is however important to note how this idea could further escalate tensions with an already concerned and defensive Russia over NATO “expansion”.

Although Article 12 affirms the potential for nation-states to consider, revise or review the North Atlantic Treaty, it is possible that a degree of “groupthink” could result in a hesitancy to touch or modify the historic text. Ultimately, while the majority of the North Atlantic Treaty’s articles remain functional and effective as is, updating some might merit consideration.