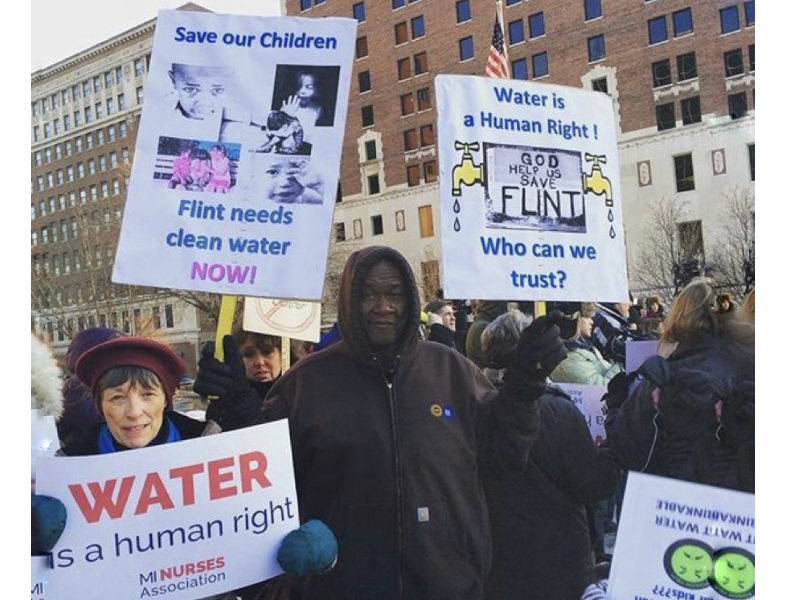 There’s Something in the Water is a documentary which deals with the issue of environmental racism. Defined as environmental injustices occurring within a radicalized context, environmental racism is a little understood phenomenon in popular media, policy, and social circles. Ellen Page, the Canadian actress who co-produced and co-directed the documentary, has used her platform as to bring attention to the tragedy befalling multiple marginalized communities in her home province, Nova Scotia. The documentary speaks to a broader gap in Canadian social and environmental policies, despite the ostensible auspices of political support.

The movie begins with Page, the film’s narrator, commenting on her warm childhood perception of Nova Scotia. Over the background of early childhood footage set in the province’s beaches and forests, she notes that the province, like Canada, is “connected to nature, open-hearted, and welcoming to all walks of life.” Yet this appearance is mired by a dark undertone, that Canada, despite the appearances of an environmentally friendly and accepting nation, has many clandestine injustices, which she explains through an examination of three separate cases in Nova Scotia.

The first case presented by the documentary is the community of Shelburne, cancer rates are higher proportionally than other parts of the country. Shelburne, with a large historically black, was the site of a once-unregulated dump for decades, and Louise Delisle, a local activist, postulates that the dump leaching into the town’s water is the cause of the alarming cancer rates. Following an interview with Page, Delisle guides the documentary crew around the town, pointing out houses where well tess indicated high arsenic levels and others where the black inhabitants, often multiple, passed away or were undergoing treatment for cancer. She points out dozens of individuals in a town of less than 2000. The segment ends with Delisle questioning why their elected officials are not responding to their complaints, stating that they are not taking action since the issue does not affect the non-Black population, with them being on clean town water as opposed to well water.

The second part of films explores the negative impact of a pulp and paper plant in the town of Pictou Landing, Nova Scotia. Michelle Francis-Denny, the granddaughter of a former chief of a local Mi’kmaq community, explains that the Scott Paper Company, in collaboration with the government of Nova Scotia, unfairly convinced the local chiefs to allow for the construction of the plant with an outlet into Boat Harbour, historically known as A’Se’K. The chiefs, initially hesitant, were provided false information on the environmental impacts of the plant in order for them to cede the land. Yet as a result of the plant the effluent significantly polluted the harbor, killing the fish, a main income source of Pictou Landing community, causing severe destruction to the natural environment, and negatively affecting the health of many individuals in the town. After a large pipe burst sparked protests, the government agreed to order the plant to shut its effluent facility, meaning the plant would need to find another location for its waste. However, the plant owners proposed a solution which would still cause damage to fish, while also seeking an extension of their closure or modify the deadline with the debate ongoing at the time the documentary was filmed. In a post-credits scene, the premier of Nova Scotia, Stephen McNeil is heard reiterating his stance that the facility will close.

The third section of the film moved to Stewiacke, where the Alta Gas Corporation is planning to construct a storage tank on unceded Mi’kmaq territory. The project involves emptying a salt cavern to create a storage facility, which would result in the release of millions of liters of high salinity water, destroying local fish habitats. The documentary follows the Grassroots Grandmothers, a group of female community-led local-water protectors, as they attempt to halt construction. The segment details their plight, where members have been arrested for protesting the construction on their lands, and showcases their advocacy to their elected officials, most notably Prime Minister Justin Trudeau. Legislative complications are also illustrated, such as the fact that the Department of Fisheries will not act until the water is actually polluted.

There’s Something in the Water tells a story that needs to be told in a simple, palatable manner. Anecdotes from representatives of affected marginalized communities, all female, send a powerful message. Crucially as well, Page does not attempt to take the spotlight. Aside from a clip from the Late Show with Stephen Colbert, she is primarily in the background as a narrator. When she does appear, she does so with an understated image, wearing dark colours and little makeup. This emphasized the fact that the story is indeed distinct from her fame.

Yet, as with most documentaries, the story is one-sided. As the issues are described anecdotally, the lack of facts and statistics is a gap that could have been filled. Interviews with those on the other side of the grievance, the paper mills, gas companies, and town officials, would have further bolstered the notion that the environmental racism was rooted in ignorance and ineptitude, rather than other more complicated circumstances. Finally, details regarding the engagement and inaction from the federal government would have helped clarify the broader context in which the environmental racism is taking place.

Regardless of the above critique, There’s Something in the Water provides crucial information on ongoing human rights violations on Canadian soil. With the case of environmental racism in Canada, a relatively hidden issue, public recognition is a key foundation upon which future decisive action can be built. There’s Something in the Water is an incredibly effective way to create the awareness needed to push Canada towards understanding and eventually resolving these injustices.

Cover Image: “Flint residents protest outside of the Michigan State Capital in January 2016.” (2016), by Shannon Nobles via Wikimedia Commons Licensed under CC BY-SA 4.0