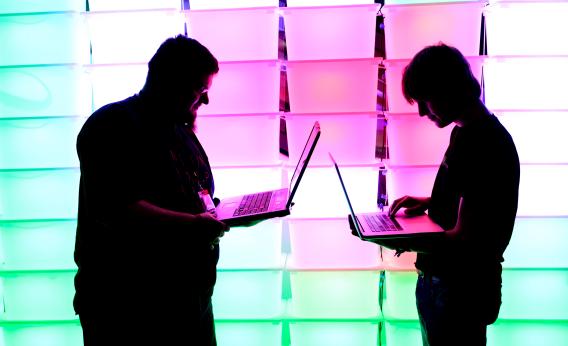 Shocking revelations regarding the American government’s surveillance of its citizens were brought to light this past week. It began with the news that Verizon has been delivering its customers’ phone records to the U.S. government by order of the secret Foreign Intelligence Surveillance Court (FISA). Through this order, the details of domestic and international calls, including their phone numbers, duration, location, and hour, become the property of the National Security Agency (NSA). This caused considerable outrage, further compounded by the subsequent leak of details about Prism; another secret NSA operation that gathers data records from major Internet companies such as Facebook, Apple and Google.

A flood of classified documents pertaining to Prism were leaked to the Washington Post by whistleblower Edward Snowden, a now former employee of NSA defense contractor Booz Allen Hamilton. Through Prism, analysts have direct and unimpeded access to the servers of these companies, enabling them to extract audio and video chats, emails, photographs, stored data, file transfers, login activity, social networking details, and more. NSA analysts are then meant to use specific search terms to filter through the data and identify foreign targets suspected of involvement in terrorism. However, these analysts are also required to “submit ‘accidentally collected’ U.S. content for a quarterly report.” As a result, it is not surprising that Snowden accused the NSA of being “focused on getting intelligence wherever it can on the self-certification that it serves the national interest.”

What the case of Prism reveals is a growing tradeoff in our increasingly digital age between security and privacy. Traditional methods of gathering intelligence may no longer be sufficient, but the problem with Prism is its scope. This is no longer targeted spying; it is all-encompassing surveillance. As Snowden rightly says, even if you aren’t doing something wrong, if you become a target of suspicion in the future any choice you’ve made in the past can be scrutinized and potentially turned against you. It clearly undermines democracy to have such large-scale domestic surveillance going on without the public having any say in it.

These leaks come shortly after a major policy speech by President Obama in which he said, in an instance of ironic foreshadowing, that the war on terror has changed from“ a boundless global war […] [and] that the threat has shifted and evolved from the one that came to our shores on 9/11.” Undoubtedly, few Americans listening to this speech would have imagined that a “boundless global war” of an altogether different character was being conducted within their country. Prism is an assault on the individual freedoms and privacy of American citizens. Yet, in light of an incident such as the Boston Marathon bombing, which was planned and executed on American soil by a naturalized American citizen and a legal permanent resident, is there any justification to be found for extensive domestic surveillance? Given their long-term residency in America, the two suspects would seem to represent a domestic terrorist threat of the kind that would ideally be targeted by a program like Prism.

While the threat of terrorism is ongoing and there is a need for intelligence to combat it, President Obama campaigned on promises of greater transparency and Prism violently undermines that. While Obama has argued that the programs are authorized by the U.S. Congress and are conducted under the strict oversight of FISA, the key difficulty here is the secretive nature of FISA itself. A former NSA legal intern has also commented “the thought that [the court] constitutes any real form of review is a preposterous notion.” The programs are not being truly subjected to meaningful oversight if the number of individuals scrutinizing them is minimal and the public is denied any involvement. Should American citizens not have some degree of say in policies that threaten their fundamental privacy and autonomy?

Edward Snowden has fled to Hong Kong and has been fired from Booz Allen Hamilton, yet there have also been promises of more revelations regarding NSA actions in the coming months. The U.S. government will reportedly be filing charges against Snowdon while Senator Dianne Feinstein of the U.S. Senate Intelligence Committee has described the leak as an act of treason. Though Snowden’s actions may have been done in the public interest, the 1989 Whistleblower Protection Act does not apply to members of the armed forces or the intelligence services. Nor does the 1917 Espionage Act, still current despite its age, make exceptions for leaks seen to be in the public interest. Undoubtedly the disclosure of this classified information represents a hit to the security of America’s intelligence program. The specific details of Prism, such as its invasiveness, have also impacted the country’s reputation abroad. European Union officials sent a letter to the Attorney General Eric Holder insisting on rapid disclosure of the ways in which Prism surveillance programs could have breached the privacy rights of European citizens. The vice-president of the European commission, Viviane Reding, has cited “the serious concerns expressed in public opinion on this side of the Atlantic” in emphasizing the gravity of the situation. In more concrete terms, Reding indicated that the response of the U.S. could have an impact on the two regions’ transatlantic trading relationship.

President Obama has responded to public criticism of Prism by saying that he has “struck the right balance” between surveillance and privacy. This statement is complicated by the details of Prism, which suggest a distinct privileging of the former over the latter. There typically exists an understanding that citizens will not know everything about their country’s security, intelligence, and defense policies which is necessary to the maintenance of U.S. national security. However, transparency is also one of the essential components of a healthy democracy. While Prism invades the privacy of U.S. citizens, the more disturbing aspect of the program is its deliberate evasion of public scrutiny. Thus, if the American government is intent upon remaining a model for democracy around the world, there needs to be greater public knowledge of policies that are developed behind closed doors.