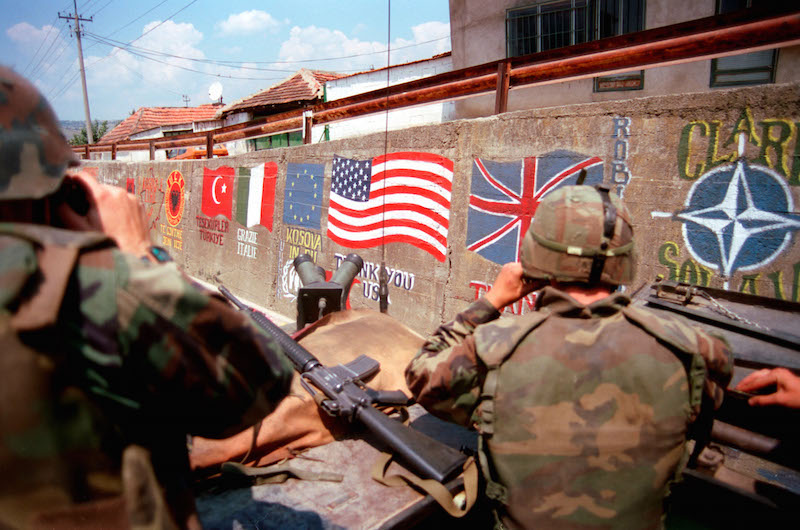 Whether our world leaders are ready to admit it or not, the Western world is currently engaged in a political war that is unique to our increasingly digitized and globalized world. Calculated interactions, and the use of political means to compel a rivals directives is the primitive element of political warfare. In the course of the 2016 American elections, Russia has been able to oversee the most consequential covert operations against its traditional, ideological and geopolitical rival, the United States of America. It was able to breach the firewalls of American institutions, calling into question the stability of its democracy and creating havoc in one of America’s most high-stakes elections in recent memory. The Kremlin did not stop with the U.S — it has managed to establish its influence and further propagate its agenda by disturbing democratic elections in the Balkans, where it has been feeding provocative propaganda media and backing uprisings, shaking the Western world without firing a single missile.

Russia has armed itself with digital capabilities which have proven to be innovative and influential, especially in the context of hybrid warfare. Russia’s non-kinetic forms of warfare, from cyberattacks to all-out information wars, have strengthened its position and power struggle against the West. The potency of Russian cyber espionage has transformed from conventional information gathering into a series of coordinated and sophisticated operations which have successfully disseminated collected information to fuel overseas propaganda operations – creating problems which the West seems ill-equipped to resolve.

This strategy of war can only be countered with approaches that diverge from conventional military might. In order to stand against such warfare, the Western allies, and NATO members in particular, must enhance their cyber and hybrid security measures. During the 2016 U.S. presidential election cycle, Donald Trump notoriously derided NATO as an being “obsolete,” and condemned NATO members for their failure to meet the 2% GDP defence spending threshold. In political war, the NATO allies must regard a hybrid defence strategy as a more effective strategy in the context of long-term defence, equal to deterrence, and surpassing hard power military capacities in its effectiveness. While NATO is reinforcing its deterrence operations in the Eastern Flank, it must also increase spending on hybrid capabilities that can combat these new modes of Russian influence, particularly if the Alliance wants to sell a skeptical public on the necessity of these operations.

One form of such Russian covert activity is known as “black accounts.” This involves state funding of domestic organized crime groups which deal in the incitement of violence and the backing of uprisings in target countries. Public insecurity caused by these subversion activities can be further stoked by the dissemination of damaging propaganda, which can be used to generate tensions and support divisive political agendas. This was seen, for example, in October of 2016, when the state of Montenegro — a former member of Yugoslavia — faced an attempted coup d’état on the day of its parliamentary elections. According to Montenegrin intelligence, Serbian nationals were accused of bringing about riots on the streets of Podgorica aiming to seize power of the country. The intelligence revealed that rioters received support and cooperation from pro-Russian factions of the Montenegrin Opposition party, the Democratic Front.  If this coup d’état would have been successful, it would have meant a successive pro-Russian turn in Montenegro’s foreign policy by halting its planned accession within NATO and its withdrawal of recognition for Kosovo’s’ independence. The case of the failed coup d’état in Montenegro demonstrates the latent dangers of an inability to counter Russian hybrid warfare — which has dangerous potential to affect domestic politics, and question the very fabric of its targeted democracies.

Another example is the Kremlin’s ability to foment political distrust amongst Americans and influence the course of the 2016 American presidential campaign. Through a series of email leaks from the Democratic National Committee in the fall of 2016, the Russia-backed hackers were able to skew the election by both influencing public opinion as well as providing the parties with insider knowledge about the rival’s operations. The information gathered by pro-Russian hackers included internal campaign deliberations, internal party discussions about tactics and strategies, and personal information including phone numbers and addresses. The scope of the intrusion underscores the Kremlin’s capabilities and willingness to create distrust, fear, and political tension within a country to ultimately push its own agenda.

If NATO members must increase spending to meet the requisite threshold, they must also diversify their spending to ensure that their capabilities go beyond drones and fighter jets. Hybrid defence entails security and counterintelligence services, which are a critical aspect in countering information and cyber wars. Effective counterintelligence services should have the ability to shut down foreign espionage and subversion operations by countering state-sponsored organized crime groups.

NATO strategy and defense must find an equilibrium between spending on traditional military capabilities and hybrid defence. There must be an implementation of the entire gamut of non-kinetic defense measures in political wars. In the context of state-security practices and the NATO’s enhancement of Alliance defence, hybrid defence must be considered a cornerstone of military capacities.

Sara Fallaha is the Program Editor for Society, Culture and International Relations stream with the NATO Association of Canada. She is currently specializing in International Relations with a minor in Political Science at the University of Toronto with her third year completed abroad at Sciences Po Paris. She is entering her final year of undergraduate studies with her area of emphasis focusing on international security, conflict resolution, and international law. She is fluent in English with working knowledge of French and Arabic. Sara’s regional focus looks at security and development in the Levant area. She looks to one-day shape and influence thoughts and policy surrounding the region. Sara can be reached at sara.fallaha@natoassociation.ca View all posts by Sara Fallaha →