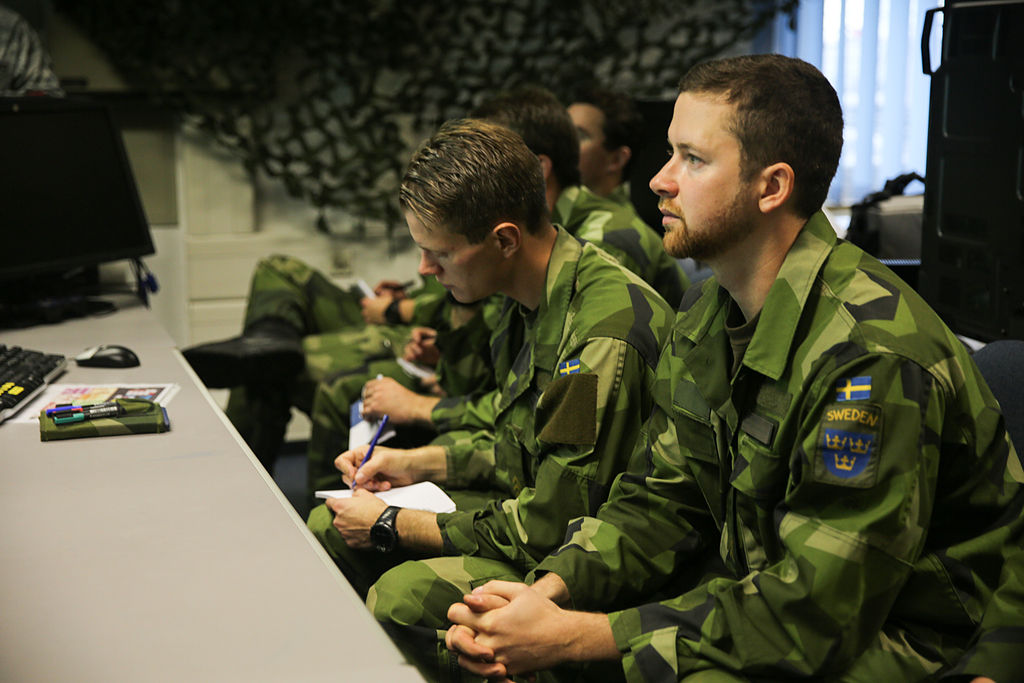 “There are hundreds of Russian intelligence officers around Europe and the West,” said Wilhelm Unge, chief analyst at the Swedish Security Service (Säpo).

During the last few years, national intelligence agencies in Finland, Sweden, and Norway have become more concerned about the surveillance activities of foreign states, particularly those of Russia. The Nordic countries are of high importance to Russia’s intelligence community primarily for geopolitical, geostrategic, and technological reasons. But when taken in the context of Russia’s threats, military posturing, and military modernization, Russia’s intelligence activities portend something beyond mere subterfuge.

The Chief Analyst of Säpo said that one-third of Russian diplomats in Sweden are believed to be intelligence officers. He added that expelling intelligence officers is a politically sensitive issue and a decision that is in the hands of the government, not the intelligence agency. The Foreign Ministry’s spokesperson stated, “we expect Russia to respect the Vienna Convention,” which covers the laws of diplomatic missions, but this is unlikely to change Russian intelligence behaviour.

The main espionnage activities include hacking, human intelligence recruitment, and accessing information on sensitive equipment, such as military hardware. According to Säpo, these activities are directed toward acquiring advanced technology and “preparations for military operations against Sweden.” Acquiring human intelligence assets is central to gaining access to sensitive information and databases, in addition to identifying the force disposition of the Swedish Armed Forces.

But intelligence gathering and espionnage is only one of many indicators of an accentuated threat from Russia. In 2013, Russia conducted a mock nuclear strike on Sweden with strategic bomber aircraft. In October 2014, the Swedish Navy was involved in the search for a presumably Russian submarine in Swedish territorial waters. In March 2015, Russia conducted a mock invasion of the island of Gotland, with 33,000 troops participating in the exercise. These suggest that the military threat from Russia is a comprehensive one – the evidence of which can be seen in all facets of interaction.

In January 2015, the Finnish Security Intelligence Service (Supo) for the first time publically dubbed Russia as a surveillance state. According to an intelligence report, Russian intelligence gathering is focused on obtaining information on Finland’s relationship with NATO and the EU, in addition to intelligence on Finland’s energy politics, trade, and national security officials. Although Supo refused to confirm if some Russian diplomats were undercover intelligence officers, this fact has been admitted by other sources.

Finnish cyber experts have stated that the current wave of cyber-espionnage began in 2010. Ever since the major data breach in 2013, Finland’s Ministry of Foreign Affairs (MFA) has reported on monthly cyber attacks from Russian groups with state-level cyber capabilities. During March 2016, the MFA has already reported two major cyber attacks.

Since 2009, Russian land purchases in Finland have raised security concerns. Russian individuals have purchased land near military bases, installations, and communication chokepoints. Land has also been bought near all Air Force bases and major maritime routes. The ownership of these plots is difficult to trace, with some registered to Russian companies with no business activity in Finland. According to Martin Hurt, a researcher at the Tallinn-based ICDS, these locations could be used for espionnage purposes, as some have storage facilities or other relevant infrastructure.

However, Russian activity is not limited to snooping and spying. In April 2015, the Finnish Navy dropped depth charges to warn a presumably Russian submarine that it had been discovered in Finnish territorial waters near Helsinki. Russian military aircraft have continued to violate Finnish airspace, including 12 confirmed incursions between January and June in 2015. Throughout 2015, Russia has organized several major military exercises near the Finnish border, some involving up to 100,000 troops.

It is difficult to evaluate the true objective of Russian intelligence activities because Putin’s foreign policy objectives are not entirely clear. Regardless, many Swedes are now thinking the unthinkable – war. In January 2016, Major General Anders Brännström warned that Sweden could be at war within a few years. Jan Leijonhielm, senior intelligence advisor at the National Defence University, said that a major concern is the shift toward operational military intelligence, which is preparatory work for military operations.

The underlying shift toward operational military intelligence is disconcerting, especially when taken into consideration alongside Russia’s hostility toward Finland’s and Sweden’s cooperation with NATO. The Russian Ambassador to Sweden, Viktor Tatarintsev, warned in August 2015 that, “Swedish membership in NATO […] would require retaliatory measures from Russia.” In 2014, one of Putin’s advisors said that “Finland should think of the consequences, if it ponders joining NATO. It must ask could joining start World War III.”

While a large-scale conventional conflict in Northern Europe appears unthinkable, Russia’s threats should not be taken lightly. If the Russo-Georgian War in 2008 and the on-going conflict in Ukraine are any indication, the lengths to which Russia will go to execute its threats are unlimited. Moreover, Russia’s intelligence activity, military exercises, large-scale military modernization, and airspace incursions in the region suggest that Russia has taken the necessary steps to be able to undertake military operations against Finland and Sweden.

While enhanced Russian operational capabilities do not mean that a war is likely to take place, the current state of deteriorated relations and the prevalence of military and intelligence activity in the region should generate the conclusion that not all is quiet on the Nordic front. For Finland and Sweden, this perhaps means a return to a traditional precept in national security discussion that was famously articulated by former Finnish Minister of Defence Jyri Häkämies: “the three main security challenges for Finland today are Russia, Russia, and Russia – and not only for Finland, but for all of us.”