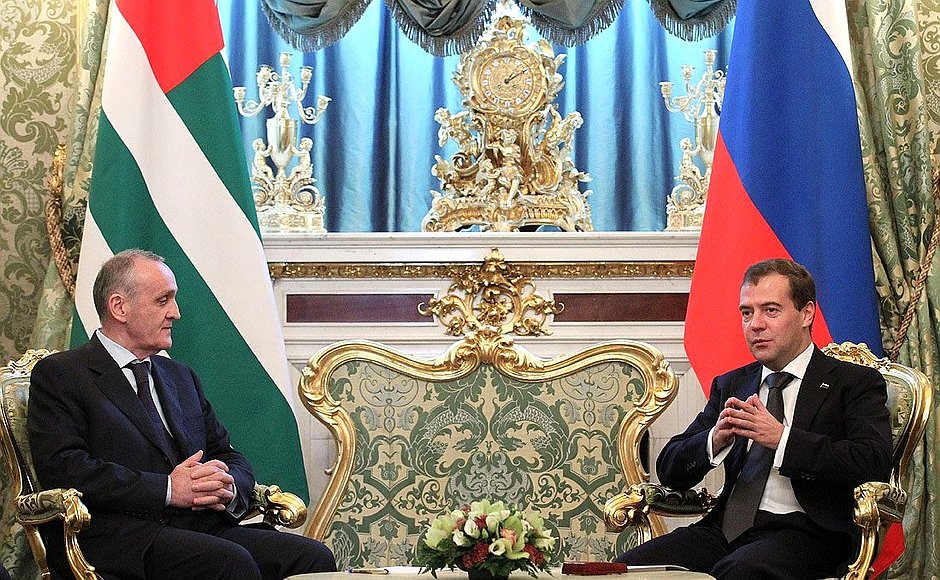 While it may lack official recognition by the majority of the international community, political developments in Abkhazia rival those in any legitimate state. Abkhazia may be reliant upon Russian financial aid, security and defence but it is growing a political culture that is symbolic of its own society. Political events that are rooted in domestic grievances demonstrate that Abkhazian policy develops, according to internal undercurrents, rather than the perception it is a vassal of Russian interests. In fact, it is not a stretch to assert that Abkhazian politics are a case study of the growing pains inherent in democratic consolidation in the post-Soviet space.

For two years, the office of the President of the Republic of Abkhazia has been an unstable position. Former President, Alexander Ankvab, stepped down from his role as head of state after weeks of opposition protests in June 2014. Opposition leader, Raul Khajimba, emerged after a hotly contested election as the current president of the de facto nation three months after the 2014 protests in Sukhumi, the capital of Abkhazia. Now, Khajimba’s government is in similar jeopardy. In a move from a playbook on direct democracy, opposition groups submitted a petition with almost 20, 000 signatures in support of a referendum demanding pre-term presidential elections.

Many of the same accusations levelled against Ankvab apply to Khajimba. The president has been accused of mismanaging Russian financial aid, consolidating power around him, and refusing to defer some presidential power to the People’s Assembly. There have been complaints that Khajimba’s administration lacks a plan to resolve economic woes, and has purposely stalled democratic development in the small territory. The likelihood of a referendum is slim, as the aforementioned petition has been largely dismissed by Khajimba and his bureaucrats. On his part, the president stated he is open to dialogue with the leading opposition groups. What could fellow members of the Commonwealth of Unrecognized States (CIS-2) learn from Abkhazia if their situation is so dire?

While unsteady governments may not be considered a positive trait of a developing state, there is a silver lining to all this unpredictability. A common complaint of post-Communist countries is that they lack political diversity and a progressive civil society. Sovereign states and unrecognized territories in the former Soviet Union are faulted especially for restricting the growth of viable opposition movements. Although Abkhazia encounters some of the same difficulties as other presidential republics, such as criticisms that executive power is too concentrated, there is a plurality of political parties embodying a variety of interests. Parties typically align according to their status as a pro-government or opposition organization. For instance, Abkhazia is Our Home campaigns on improving the standard of living and achievement of statehood. One Abkhazia is a centrist political organization while the Communist Party of Abkhazia retains a Marxist-Leninist platform. However, on February 29, 2016, six parties that shun either distinction, formed the Council for the National Unity of the Republic of Abkhazia, to address their concerns in a more cohesive manner. Abkhazia shows that an energetic political culture is possible in the region even if a state must accept submission to a regional power.

The reliance on a referendum to voice unhappiness with Khajimba is evidence of democratic progress as well. Many established sovereign states struggle with rousing an appetite for methods of direct democracy in their own populaces. Thus, it is notable when it occurs in a country that does not technically exist. A reliance on legal mechanisms to initiate change is an indication that outright confrontation in the streets does not benefit Abkhaz political security. It is premature to assume if opposition movements will resort to a coup d’état as their preferred technique of governmental change, but the submission of their petition to the Central Election Commission illustrates their intentions to resolve their grievances peacefully.

Abkhazian elections validate the opinion that political change emerges from the popular vote and that election results cannot be predicted unequivocally. Nevertheless, the opposition movements in Abkhazia need to study how mature democracies manage their disputes with leadership. Presidential elections cannot occur anytime the populace is dissatisfied and feels that leadership has mishandled the state’s affairs. Constant change in administrations does not ensure political security. This is particularly important in a place focused on achieving sovereignty, legitimacy and international recognition.

What Does It All Mean?

The appreciation of direct democracy and growth of popular movements does not disguise ominous political problems that remain in Abkhazia. Corruption and targeted political violence remain serious concerns. Opposition groups complain that they do not have equal access to the largely state-run media. Nonetheless, the internal dynamics of Abkhazia prompt the acknowledgement that the tiny de facto republic is in the process of developing its own distinct political culture. It shows that though Abkhazia is largely dependent upon Russia for its survival, it retains a degree of autonomy, even though logical assumption would be that Russia prefers a stable pro-Russian leader in office for fixed terms and could put pressure on to make that happen. The maturation of a well-defined political culture in Abkhazia also makes reunification with Georgia more difficult. A focus on internal political disputes and state functions, will make it challenging for young Abkhazians to picture their homeland as anything, but an autonomous republic or independent state.

Abkhazia has much to learn and overcome but its democratic consolidation continues to improve. Unrecognized states are not a ‘one size fits all’ scenario, but states in the CIS-2 can learn from Abkhazia’s political plurality. The use of direct democracy, competent organization of opposition movements, and the use of legal mechanisms to instigate possible changes denote a depth of political engagement that is considered unfeasible in a Russian-sponsored territory. As the current presidential crisis is ongoing, one can hope that Abkhazia achieves a level of political security and unbiased representation, for all its demographics sooner rather than later.

Image: Dmitry Medvedev and President of Abkhazia Alexander Ankvab at the Kremlin, 2011. Courtesy of kremlin.ru