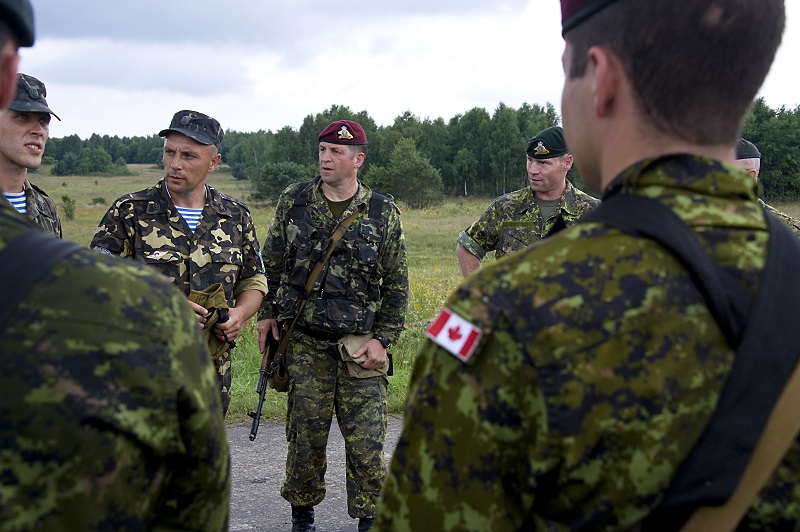 Following his election in 2015, Prime Minister Justin Trudeau famously stated: “we’re back”. This message was meant to signal to the international community that Canada would resume an active role in the many international efforts that the previous Conservative administration had left behind during their time in office. Namely, winning a temporary seat on the UN Security Council, which the previous government failed to do. To improve Canada’s security credentials, Trudeau promised to restore the country’s historical role as peacekeepers, and in August 2016 announced that they would pledge $450 million and up to 600 troops to UN peacekeeping missions. More than a year has passed, and there has not been any word on where the government plans to send these peacekeepers.

The year-long delay  has reportedly disappointed many within the Canadian Armed Forces, and at the UN. To further add to the embarrassment, Canada is hosting The 2017 UN Peacekeeping Defence Ministerial conference on November 14th and 15th. The conference will have over 500 delegates from over 70 countries and international organisations. It aims to discuss possible improvements to UN peacekeeping missions, as well as to secure pledges from the attending countries.

Leaked UN documents show that to be admitted to the conference the attending officials must be prepared to commit forces to the UN if they have not already done so. Unless the Trudeau government is ready to decide on a mission before or during the conference, Canada will not meet the criteria to participate in the very conference it is hosting. This sort of wavering has already done damage to our credibility. For example, foreign diplomats in Ottawa have warned that some countries may end up sending more junior officials, rather than defence ministers. The government’s inability to follow through on its pronouncements, it seems, has done severe damage to the country’s reputation.

This is reminiscent of Trudeau’s campaign pledge to reform the electoral system, among other promises, usually appealing to traditional Canadian values (i.e. peacekeeping) and then not delivering. We have already missed the opportunity to play a key leadership role in the mission in Mali (it was held for us) , and now Belgium has assumed the role.

The official reasoning for the delay is: “We need to make sure we’re doing it right, we’re doing it in a thoughtful way, and that it’s the right mission.”  Furthermore, Defense Minister Harjit Sajjan has said that the mission needs to have “the right impact.” This rhetoric seems to imply that they are looking for a mission that has the possibility of a tidy, peaceful resolution. At face value, this seems logical, however, the nature of peacekeeping has changed since the 1990s. Canada will not be able to find a low-risk mission, such as a cease-fire observation.

The government’s attempt to find the perfect mission, and the neglect of ones that won’t provide a moving “mission accomplished” speech, has hindered our efforts to be a moral authority on the global stage. If the Trudeau government’s objective is to become a serious player in international institutions, such as the UN, then it is imperative that they fulfil their promises, starting with honouring their pledge of 600 peacekeepers and $450 million.

There are many reasons why Canada should return to the peacekeeping arena. Peacekeeping is a part of Canada’s national identity, and according to a Nanos survey from a year ago, 3 in 4 Canadians believe participating in UN peacekeeping missions is a proper use of Canadian Forces personnel and resources. Furthermore, peacekeeping is a lot less costly than peacemaking operations such as Afghanistan. The Afghan War cost Ottawa at least $18 billion over 12 years, averaging $1.5 billion a year, whereas the current government has only pledged $450 million over 3 years, or $150 million a year – exactly a tenth of the cost of Afghanistan. Not to mention the political capital it would give Canada for its 2021 UN Security Council bid.

The public is in favour of peacekeeping, and it would cost a fraction of Canada’s last extended military mission in Afghanistan. Despite all that, the government has dragged its feet for the last year. Presumably, they will announce something related to peacekeeping before the Peacekeeping Defence Ministerial Conference in November. Canadians want Canada to be back on the global stage, and one can only hope that peacekeeping does not go the way of electoral reform.