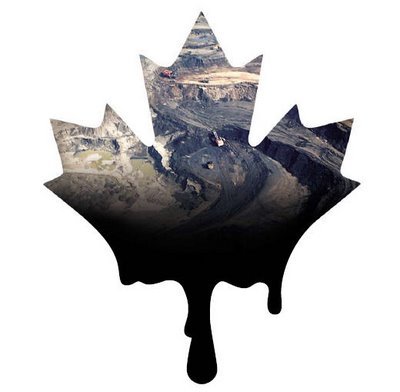 With its considerable effects on the Canadian economy, energy policy seems to always find its way into the national news. Energy is a very polarizing issue for Canadians, with experts, commentators, writers and regular citizens all having a strong opinion on Canada’s strengths or weaknesses as an energy supplier and consumer. As a result of its large reserves of oil and natural gas, Canada is regarded as an energy rich country, but criticisms regarding Canada’s place among the energy ‘superpowers’ of the world have only been intensifying. A Toronto Star editorial by Edward Greenspon this week claims that Prime Minister Stephen Harper needs to put substance into his claims of Canada being an energy superpower. Despite Canada being the third largest producer of natural gas and having the third largest reservoirs of oil, Greenspon argues that Canada is a “price-taker” as opposed to a “price-maker” and is lagging behind the U.S., Russia and Saudi Arabia.

A recent report from Toronto-based policy think tank The Mowat Centre for Policy Innovation claims that Canada is falling dangerously behind in the energy technology race. According to the report, this has been as a result of piecemeal and fragmented government policies and programs and a lack of technological innovation. It claims that Canada will never be a global leader in energy security if it cannot match its extraction prowess with leadership in technology which requires a long-term commitment of both resources and political will. The government particularly must take a leading role in transitioning to a more effective energy policy by providing for more direct funding on energy technology development and less emphasis on indirect measures such as tax credits and regional programs.

Routes to Becoming a ‘Superpower’

Several measures have been proposed as to how Canada can again become an energy leader. Some of the most significant include improving relations with Aboriginals and environmentalists. This requires both government and industry building trust in a broader relationship with these groups and then embracing genuine partnerships. Harper recently appointed a special representative to confer with B.C. Aboriginals on the Northern Gateway which is seen as a small step in the right direction. Canada’s upcoming chairmanship of the Arctic Council is also being viewed as a positive step towards reintegrating into the energy game. Another measure that has been proposed is for the federal government to create an Office of Clean Energy. This is an important part of the Mowat Centre report which sees a new federal energy department being able to merge current scattered programs, set long-term spending targets and provide new funding for Sustainable Development Technology Canada’s clean-tech fund.

Of all potential measures, improving technology has been among the most discussed and analyzed. The Mowat Centre report recommends investing public money in a more focused way in technologies such as smart-grid management, energy storage and unconventional oil extraction. Adding to the report, Mowat Centre director Mathew Mendelsohn said that technology should be the centrepiece of a new national energy strategy concentrated on helping the world transition to forms of lower carbon energy. According to Mendelsohn, “the world is evolving to cleaner forms of energy and (Canada does not) have the technology to support that.” It is thought that Canada has fallen behind when it comes to alternative forms of energy such as wind, solar and hydro power which are seen as the wave of the future.

Is Lower Carbon Really the Answer?

Despite the claims of the Mowat Centre report, there is evidence that lower carbon energy may not be the answer to Canada again becoming an energy leader. Improved technology may very well be the road to Canadian energy security, but not in the way the Mowat Centre report proposes. A decade ago, lower carbon energy was supposed to be the answer to potential shortages brought on by a lagging supply of oil and natural gas. It was generally thought that by this time cars would be operating on fuel made from plant waste or hydrogen and electricity would be generated from wind turbines and solar panels. While the end of the oil era was thought to be near, the looming energy crisis has turned into a boom. “Old energy” is winning out over “new energy” thanks to technological innovations by oil companies which have allowed for the accessing of previously unreachable oil and gas in underground rock formations. Methods such as drilling horizontally, into and then along layers of source rock have helped free new sources of natural gas.

Improved technology has created an energy revolution over the last decade, but it has not been the one that was expected. The United States was facing a gas shortage five years ago, but it now has such enormous supplies that for the first time it is looking to export fuel in large volumes. Large oil companies such as Exxon and Shell have found massive amounts of oil in very deep water with the help of faster computers and better censors that allow for the discovery of once-hidden oil deposits. The Eagle Ford oil field in South Texas was once thought to contain a few hundred thousand barrels of oil, but is now predicted to hold nearly 3.5 billion.

While the technology to extract oil has vastly improved, alternative technologies have not surpassed the old sources. This is not to say that renewable technologies have not had their successes. Solar energy now generates six times more electricity than it did ten years ago and wind produces eighteen more times. But the outlook for wind, batteries and biofuels is as dim as it has been in a decade. Global greenhouse gas agreements have fizzled and alternative energy sources have not become cheaper or more useful than fossil fuels. This has allowed oil and natural gas to remain supreme. With hundreds of companies working on renewable energy projects, the world could change directions over the next five years. But the technology to extract even more oil trapped in source rock will likely only improve which could increase supply even more.

Technology may indeed be the path for Canada to again be a major player in energy, but lower carbon energy is only one component of the answer. “Old energy” still reigns supreme, something Canadian policymakers must recognize if they are to catch up with the energy superpowers. Canada must embrace these new technologies to successfully tap into new sources of oil while still recognizing the importance of wind, solar and hydro power. Such an all-encompassing approach should help Canada again reassert itself as a main player in energy security.