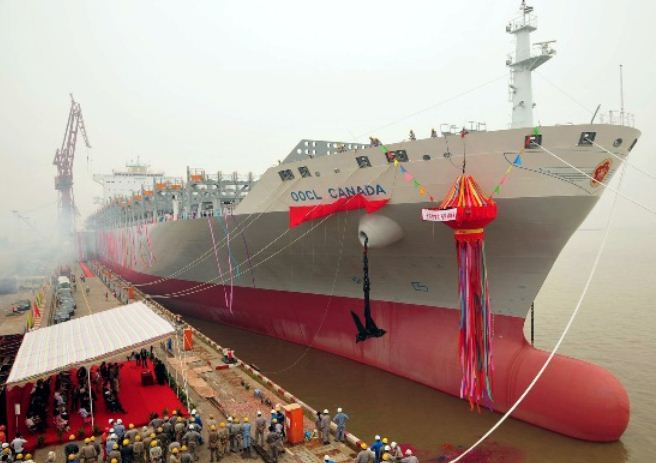 The National Shipbuilding Procurement Strategy was designed to re-fit Canada’s Navy and Coast Guard while giving Canadian shipyards a significant boost. But concern over costs has begun to plague the program before it ever gets off the ground.

The National Shipbuilding Procurement Strategy (NSPS) is supposed to re-fit Canada’s Navy and Coast Guard fleets and breathe long-term life into Canada’s domestic shipbuilding industry. The program has been widely supported by political, academic, and media players, but now controversy is growing on both the financial and policy fronts. Like all military procurement programs the NSPS is a question of costs vs. capabilities. Perhaps unsurprisingly the initial promise has dimmed somewhat and, as Eric Lerhe recounts most programs have already seen unit and capability reductions and others are likely to.

The Joint Support Ship (JSS) program will produce two ships, not three, with less than half the fuel capacity of Canada’s current supply ships and no room for Army vehicles or landing craft. Plus, a Parliamentary Budget Office (PBO) report released in February found that due to the complexity of the project and the higher rate of inflation for naval production (7%-11%, not the standard 2.7%), two ships would cost approximately $3.28bn not the $2.6bn budgeted, perhaps squeezing capabilities further. The Arctic/Offshore Patrol Ship (A/OPS) program will almost certainly produce six ships rather than eight and has already seen a reduction in top speed from 20 to 17 knots while the Polar Class Icebreaker program will produce only one ship, not the previously envisioned two.

The Canadian Surface Combatant program, replacing Canada’s 15 frigates and destroyers, may be in trouble as well. Production is being delayed until the A/OPS are completed to allow shipyard skill development (likely a 2020 start) so no design has been chosen. Nevertheless, Brian Stewart has already reported that defence sources believe replacing the 15 ships with “like” vessels will likely cost between $30bn and $40bn. In short, the budgeted $26bn will either have to increase or the number of ships will have to be reduced. Also, the established funding structure does not allow for increases with inflation so purchasing power will be eroded over time, a factor which applies to all programs.

There is controversy beyond the number of ships and their capabilities as well in particular concerning the A/OPS program. Terry Milewski reported last week that Irving Shipbuilding has been awarded a $288 million contract to refine the A/OPS design based on Norway’s Svalbard design, purchased by the Canadian government. Irving responded that its “definition” contract includes advanced modeling, pre-ordering of engines and radar, and $38 million in HST, while noting that Canada’s ships will be larger and house more crew than those of other countries.

It has also been questioned whether the vessels to be acquired, with or without reductions, fit Canada’s needs or if different ships would be better and cheaper. A report from the Canadian Centre for Policy Alternatives (CCPA) argues that in trying to fit both the Arctic and offshore patrol roles the current A/OPS design falls short on both counts, with range too short and hull too light for full-range operations in the Arctic as well as being too slow to effectively perform an offshore patrol function. The CCPA also argues that the A/OPS program’s Arctic requirements increase costs severely and that an increased (and armed) icebreaker capability combined with non-Arctic patrol ships would better fill both roles at a lower cost.

It is suggested that that lower cost can be achieved through purchasing an “off-the-shelf” design for patrol ships, potentially from the US or Australia, rather than using a based-in-Canada design. In fact, A/OPS design is being partly subcontracted to overseas firms, necessary because Canada is essentially creating a shipbuilding capability from scratch; having to buy these skills offshore is an important contributor to the high-cost according to maritime security analyst Ken Hansen. Outside the A/OPS program the same debate exists. In fact, France’s Fremm-Class frigate was recently showcased to Defence Minister Peter Mackay and pitched as a cost-saving option.

To be sure, the benefits of the NSPS extend beyond the program itself. Some have projected domestic builds to cost only 7% more than foreign options while creating many Canadian jobs and developing design and construction ability within Canada’s shipbuilding industry, hopefully setting Canadian shipyards on the path to prosperity in years to come. Also, Public Works Minister Rona Ambrose has disputed the PBO’s estimate and said that if program adjustments need to be made they will be worked out between government, shipyards, the Navy, and the Coast Guard. Nevertheless, with costs in the tens of billions, any adjustments will undoubtedly be significant whether they involve increased investment or further reductions in capability. Only time will tell.