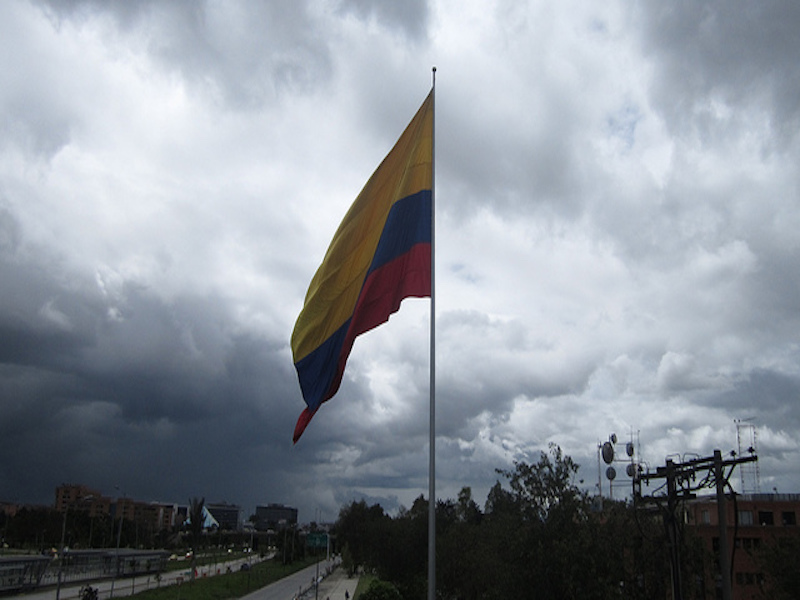 In May 2018, President Juan Manuel Santos made the announcement that Colombia would be joining NATO as a “global partner,” joining the ranks of eight other countries in this position: Afghanistan, Australia, Iraq, Japan, the Republic of Korea, Mongolia, New Zealand and Pakistan. While Colombia does not fit the geographical criteria for membership into the alliance, the inclusion of certain countries in NATO’s activities, operations and conferences traces back to the 1990s. This was seen as a step towards maintaining dialogue and developing more flexible partnership policies with non-membership countries, given that the emergence of transnational threats such as cyber attacks, terrorism and drug trafficking require cooperation from a wide range of countries.

Within the context of decades of political violence, drug trafficking and a leftist insurgency, and in light of the signing of the 2016 peace accord between the Colombian government and the Revolutionary Armed Forces of Colombia (FARC), Latin America’s oldest guerrilla group, the government has worked to rebuild the country’s image and improve relations with strategic partners at the international level; thereby moving the country towards a more prominent role in the international community with its inclusion in NATO and the OECD. Becoming NATO’s first global partner in Latin America has brought much criticism from neighbouring countries such as Ecuador, Venezuela, Bolivia and Brazil—criticism which points to the ambivalence that exists in the continent in regards to military ties with Western states and the role of NATO and in particular the United States, as its most prominent member, in security relations with Latin America.

While Colombia first expressed interest in joining NATO back in 2006 under President Alvaro Uribe and was rejected, as the country did not fulfill the geographical criteria, it later signed an agreement on the Security of Information on 25 June 2013 that would allow it to pursue further cooperation and consultation in areas of common interest. This agreement was mainly based on sharing intelligence and military experiences in the areas of drug trafficking and terrorism; making it the first security-oriented accord between NATO and a Latin American country. Prior to this agreement, relations between NATO and Latin America had been limited to the participation of Argentina and Chile in the Stabilization Force in Bosnia-Herzegovina, in addition to Argentina’s participation in the Kosovo Force peacekeeping mission.

The historical trajectory of US relations in Latin America during the Cold War, and to a lesser extent that of its European counterparts, has meant that any type of security or military agreement with a Latin American country is a source of friction in the region, particularly among countries such as Ecuador, Venezuela, and Bolivia that consider themselves ‘anti-imperialist.’ Nonetheless, it can be said that the presence of NATO in the continent is not entirely new; this is because the US has strategically intervened in the country under the policy of the ‘war on drugs.’ Over the last two decades, US foreign policy towards Colombia has focused on the fight against drug trafficking and terrorism, most visibly through Plan Colombia, a security aid package that aimed to strengthen the country’s security institutions, particularly its military. This form of US intervention has left a controversial legacy in the country and in a broader context, a climate of distrust towards American involvement in Latin America.

As a ‘post-conflict’ country, there is fear that a NATO-Colombia partnership would be a setback to consolidating peace by involving the country in military operations abroad. However, as a global partner, Colombia is not bounded by Article 5 of NATO’s treaty that binds its members by the principle of ‘collective defence.’ As a global partner, the emphasis is on cooperation “in areas of mutual interest, including emerging security challenges” but there is also the possibility of contributing “militarily or in some way”—which is a cause of serious concern among member countries of the regional alliance UNASUR which Colombia is a member. Given that UNASUR is a model of regional integration and cooperation, in this context, Colombia’s participation in an extra-continental military alliance poses a threat to regional integration, and, furthermore, can be seen as a threat to peace and stability with the possible introduction of arsenals in the region. Moreover, Colombia is the US’ strongest ally in the region, and given the bilateral agreements in areas of economic and commercial interest, under the guise of cooperation, geopolitical affairs may influence the direction of future initiatives in the region. Hence, the organization’s shift towards Latin America, with Colombia as the entry point, is viewed by many neighbouring countries with caution.

For Colombia, joining NATO is an important first step for improving its image abroad, even then, as the first country in Latin America to join this privileged position, it is important not to ignore other non-hemispheric actors in the region such as China and their growing strategic involvement in the region. Given its historically strong ties to Washington and the strategic geographical position that allows it to have access to both the Pacific and Atlantic Oceans, Colombia was the ideal choice for NATO’s expansion into the continent. What remains to be seen is whether other countries in the region can overcome their distrust of NATO and thus follow Colombia’s footsteps—or continue to show their opposition to any semblance of Western intervention in the continent despite changing realities in the region, and in the world.