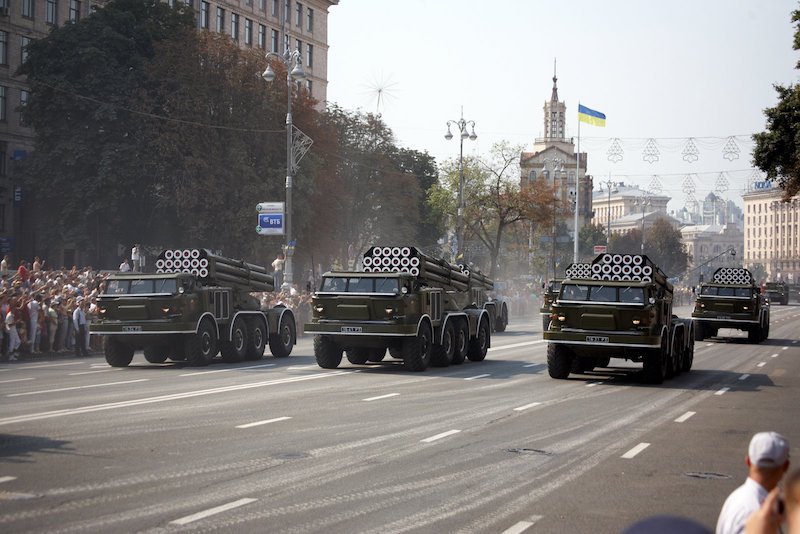 Following Russia’s annexation of Crimea in 2014, the Ukrainian government adopted a package of reforms intended to get Ukraine’s armed forces in line with NATO standards. Cooperation between NATO and Ukraine increased, as outlined by the Wales Summit declaration. Despite these efforts, it is unlikely that Ukraine will join NATO. This lingering crisis allows Vladimir Putin to keep Ukraine within Russia’s sphere of influence.

The annexation of Crimea in 2014 was accompanied by the intervention of Russian forces in Eastern Ukraine and led Ukraine’s government to reform its armed forces (AFU). The latter were in a pitiful state in March 2014, with only 6 000 of 120 000 soldiers ready to respond to Russian interference in Eastern Ukraine. While perceiving the Russian Federation as an adversary, the Ukrainian government seeks to restore the territorial integrity of Ukraine by enhancing the combat efficiency of the AFU.

The overarching aim of the reforms is transforming the AFU into a force which meets NATO standards by 2020: the AFU will be armed and organized similarly to the armies of regular NATO members. Amongst other changes, the AFU wants to establish an effective C4ISR system (command, control, communications, computers, intelligence, surveillance and reconnaissance), and create a medical support system to assist the AFU. Notable changes in recent years include the government reinstating conscription in 2014  to strengthen the AFU. The latter’s personnel increased from 140 000 to 250 000 in three years, and special operations forces (between 2 000 and 3 000) are currently being trained. Finally, Ukraine spent 2.45% of its GDP on its defence budget in 2016. Thus, the Ukrainian army seems to be on the right path to achieving NATO standards by 2020.

In addition to agreeing to NATO’s military standards by 2020, the cooperation between the Alliance and Ukraine was strengthened since 2013. Their collaboration dates back to the 1990s and is one of the most extensive NATO partnerships. It is managed by the NATO-Ukraine Commission, which ensures cooperation and consultation between the Ukrainian government and regular NATO members. Ukraine also regularly participates in NATO operations: it took part in 10 missions in 2016.

Soon after the annexation of Crimea, NATO members declared their support for Ukraine’s “sovereignty, independence and territorial integrity” in the 2014 Wales summit declaration. Five trust funds, that allow NATO members to voluntarily provide financial support to Ukraine, were created. Furthermore, a Comprehensive Assistance Package (CAP) for Ukraine was endorsed by NATO following the Warsaw summit in 2016.  The CAP seeks to strengthen democratic oversight in Ukraine, promote security reforms and defence institutions and enhance integrity and good governance within Ukraine’s defence and related security sectors.

Will Ukraine ever join the transatlantic alliance?

On December 29th 2014, Ukrainian president Petro Poroshenko declared that a referendum would be held if his country was to apply for NATO membership. In 2017, a poll reported that more than half the Ukrainian population favored joining the transatlantic alliance. However, regardless of the recent military reforms in Ukraine and increasing interoperability between Ukrainian forces and NATO, it is uncertain whether the ex-Soviet Republic will join the transatlantic alliance. Before such a thing happens, the conflict in the eastern regions of Ukraine must be resolved. Otherwise, the fighting could trigger NATO’s Article 5, obligating the alliance to fight Russian backed separatists. If Russia decides to directly confront NATO by fighting along the separatists, this would quickly escalate into a wide-ranging conflict. Nuclear tensions could be heightened, threatening overall world stability. It is therefore too dangerous for NATO to accept Ukraine’s membership before the conflict in Eastern Ukraine is resolved.

Since the end of the Cold War, Russia saw the expansion of the transatlantic alliance within its vicinity as a major threat to security. Moscow disapproved ex-Soviet Republics, such as Poland and the Baltic states, joining NATO. To limit this expansion, Russia opposed Ukraine’s and Georgia’s membership to NATO in 2008, during the Bucharest NATO summit. Vladimir Putin’s overarching aim is to keep Ukraine within Russia’s sphere of influence, just as it was during the Cold War.

Continued support for the separatists is consequently in Putin’s interest because this would prevent Ukraine’s accession into NATO. Given the lasting conflict in eastern Ukraine, it is probable that Russia will continue supporting the separatists for as long as it deems necessary. The only way Ukraine could accede into NATO is if the AFU are able to fight the Russia-backed separatists on their own, and restore the security and territorial integrity of the country. The current reforms should help the AFU accomplish this task. Nevertheless, even if the AFU overcomes the separatists and restore peace, uniting the country again represents an arduous task. The Ukrainian population will have to deal with political and ethnic divisions which have kept the country’s eastern regions in a continuous state of war for years. In the face of these challenges, it’s unlikely Ukraine will join NATO anytime soon. The reforms of the AFU are, however, the first step of this long and tortuous path.

Photo: Ukrainian BM-27 Uragan launchers during the Independence Day parade in Kiev (2008) via Wikimedia Commons. Licensed Under CC BY 3.0.