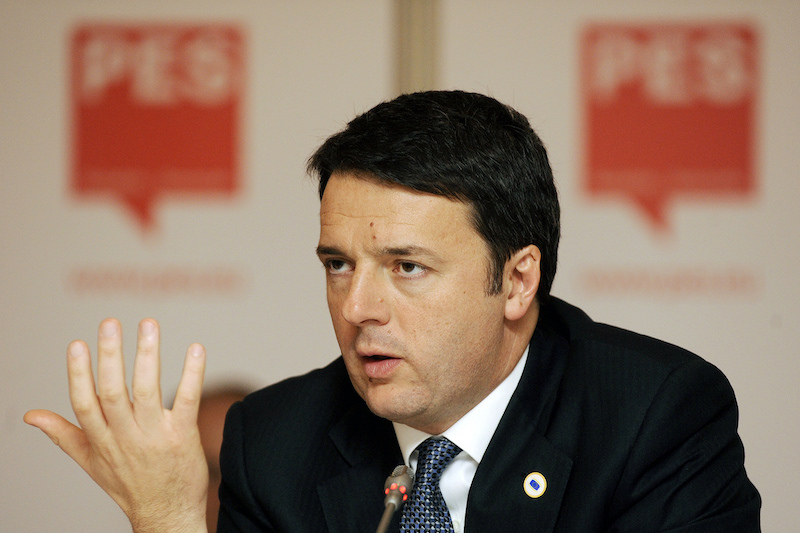 Referendum are perhaps the clearest way for a government to gauge political opinion. As seen with BREXIT and later with the FARC decision in Colombia,  2016 will be remembered as a year when the truest principles of democracy were respected.

Referendums can also be tricky, as illustrated by these two examples, because it is entirely possible that political agendas are rejected, thus delegitimizing a government’s intended mandate. Italy will hold its own referendum on December 4, 2016 and if it passes it could result in the most drastic political change for the country since the creation of the Republic itself after World War II.

This referendum will seek to drastically change the current Italian political structure, which has been marked by patronage, political deadlock, and in-fighting. If it does not pass, Matteo Renzi, Italy’s Prime Minister, has threatened to resign thus plunging the country once again into political chaos amid its ever present economic stagnation (Italy’s debt to GDP ratio is currently sitting at just under 133%).

Italy follows a parliamentary republic system with a bicameral legislature. Its President, Sergio Mattarella, is merely a figurehead; the real power rests with the Prime Minister. There are a total of 945 members in the Italian parliament, with 315 in the Senate (the Upper House) and 630 in the Chamber of Deputies (Lower house).

Italy’s electoral system is incredibly complex. It uses a proportional representation system; in addition, votes are cast for parties, not individual candidates. The party or coalition that wins the most seats is automatically afforded 55% of the Chamber of Deputies; the rest of the seats are divided based on what the other parties receive (a runoff vote takes place when no single party or coalition takes a majority). The Senate’s members are elected on a regional basis from Italy’s 26 constituencies (the President of Italy can appoint 5 people who are deemed to have made worthy strides in arts, science, and culture. Italy also reserves 12 seats in the Chamber of Deputies and 6 in the Senate for overseas Italians.

For the purposes of political stability and safeguarding of democracy (at least in theory), both houses share power equally. Upon passing a law, each house either gives its consent or rejects the law. Laws cannot be enacted unless they are approved by both Chambers.

If this referendum passes, the powers of the Chamber of Deputies would override those of the Senate. It would first do so in terms of representation; the Senate would be reduced from 315 members to 100 (74 members from the various regional assemblies in Italy, 21 mayors, and 5 appointed by the Prime Minister). Moreover, the political party that wins the highest share of votes would be guaranteed a majority in the Chamber of Deputies, thus avoiding the problem of coalitions that continue to plague Italy. Perhaps the most important change is that the Chamber would no longer require the confidence of the Senate, and can also overrule the Senate’s disapproval with a second vote in the house. The government would also seek to clearly demarcate the powers of the Federal legislature and the various regional legislatures.

The Italian Parliament, like many if not most throughout Western Europe, is governed by a coalition. The dominant party is Matteo Renzi’s Democratic Party; he has formed coalitions with mostly centre-left parties but a few centre-right ones as well. Though the logic behind any coalition is to reflect the public in the broadest manner, this frequently translates into political in-fighting. These inner conflicts coupled with the constant back-and-forth between the Senate and Chamber of Deputies make Italy one of the most politically-deadlocked countries in Europe.

Renzi hopes that the referendum can allow him to provide much-needed changes to the Italian political structure. Over the past 70 years, Italy has had 63 governments, while Canada has had 14 (Renzi is Italy’s fourth Prime Minister in three years). The main opposition to the proposed changes comes from the Eurosceptic 5 Star Movement under Beppe Grillo, a populist movement which is sweeping Italy’s cities and regional legislatures; many polls show it has the highest chance of winning the next Italian election. Opponents of the proposed changes say that the government would become too powerful, lacking the necessary checks on power conducive to a healthy democracy. Proponents consider the bill necessary given the apparent inability of the government to respond to Italy’s political and economic problems.

In order to promote the “Yes” side, Renzi has participated in an extensive social media campaign, particularly hoping to seduce Italy’s young, lost generation. In fact, he was elected on the basis of promising to improve Italy’s economic prospects (a message that was particularly attractive to Italy’s young people).  Though the Italian youth unemployment rate has decreased by a couple of percentage points to 38%, it is still well above the EU average of 19%. Naturally, much of Italy’s youth has lost faith in Renzi’s ability to tackle the situation. The situation is not much better for the middle-aged Italian electorate either.

Much like the Brexit vote, the polls are too close to call. The most recent polls shows the “yes” side trailing the “no” side. Italy’s economic growth is forecasted to be just under 1% for the year, and unemployment remains around 12%.  It is reasonable to assume that had Italy’s economic fortunes improved, the government would have had more public support for its proposed political change. Many economists forecast a gloomy outlook for Italy, which is not expected to recover from the current recession for at least a decade. Even if the referendum passes, the real test comes once the results come in.

Photo: Matteo Renzi (2014), by PES Communications via Flickr.com. Licensed under CC BY 2.0.