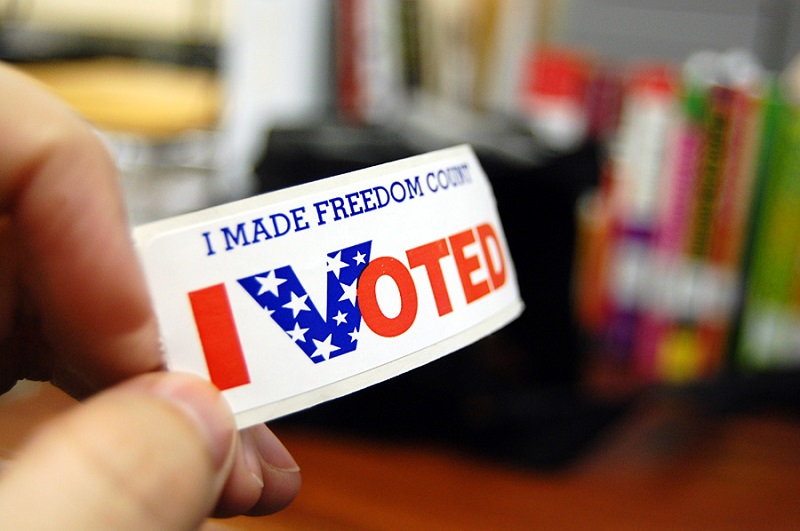 For this special edition of the Editor’s Forum, we asked our editors the following:

In light of the American elections, its resulting outcry, and its 49% silent, is the vote the best representation of democracy? Why so?

At the outset, there is quite simply no other clear method for a democratic government, a government that is “of the people, for the people and by the people” to legitimize itself.

Part of the reason some world leaders quash democratic movements is to keep power concentrated among themselves, rather than give the power to the people. The best way for people to exercise that power is by voting.

One of the largest democracies in the world, India, prides itself on electing its own Prime Minister. The current leader of India, Prime Minister Narendra Modi won by a landslide majority in 2014. He was put in power by a desperate population who wanted to see change from a corrupt and crony government. Despite such positive impacts of voting seen at a national level, voter fraud, intimidation and corruption is deep rooted in the provincial and local politics of India. In this case, voting may not be a true representation of the people or of democracy for that matter.

Voter turnout is also a major factor. If a significant group of the population doesn’t show up to vote, then it won’t be a true representation of democracy. Those who don’t vote either share no interest in politics or are disenchanted with their governments, where they believe that their vote doesn’t matter or will be used fraudulently without any accountability. This is especially true in nations like India.

Therefore, voting matters immensely, but only when it is done right- where the whole population votes, the counts aren’t tampered with and voters are free to voice their opinions without persecution.

Trump is a delusional bigot, Clinton is a corrupt matriarch … almost all fingers were pointed directly at the two individuals that dared to run for President of the United States. Aggressive campaign schemes on both sides were designed to attack, strip, and expose Trump and Clinton, making them the most hated US Presidential candidates to date.

The sentiment of “Really? Is this the best we can come up with?” permeated all major news and social media platforms, hinting at the wave of disillusionment that swept over America like wildfire.

So, are we really that surprised that nearly half of the American electorate refused to vote? We shouldn’t be. Is the resulting vote an accurate representation of democracy? Of course not.

But we need to stop pointing our fingers at the candidates, and start questioning the efficiency of the American political system – a system designed to (ironically) inhibit the rise of a tyrant, founded on principles of fraternity, justice, and peace. But nonetheless a system that was created 240 years ago when the American population was of barely 2.5 million, and when slavery was an accepted business practice.

Times have changed, a lot. And for some reason the American system, along with countless others, have failed to adapt to a changing world. There are now 320 million people in the United States, including countless different ethnicities, religions and identities. Not to mention that the United States is (maybe was) the world’s hegemonic power, leading military force, economic powerhouse, and chief driver of globalization. So let’s stop asking ourselves ‘how crazy must America be’ to elect Trump, and let’s start asking ourselves ‘how crazy must America be’ to be run an archaic political mess-of-a system.

What I believe to be one of the most undemocratic elements of the American election system is the lies Presidential candidates are free to tell the electorate, in order to win. These lies leave a discrepancy between what people believe a President is able to achieve, and the realities of leadership; they can also fuel divisiveness and hate. The lies during this campaign season were especially troubling. A PolitiFact poll shows that 51% of what Trump said during his campaign was completely false, compared to Clinton’s 12%.

One of Trump’s main campaign promises was building a border wall that Mexico would pay for. This campaign promise was a lie and was never feasible, but the promise gave legitimacy to anti-Mexican racism, and made people believe that such a project is possible. More importantly, it fueled the lie that Mexican immigrants were stealing jobs from white Americans and were responsible for much of the crime in America. Not only would it be impossible for Trump’s administration to deport all Mexicans in the United States, but it would not bring jobs nor end crime in America. I fear that when Trump inevitably fails on the border-wall promise, the people who voted for him will look to another candidate who will make political gains by feeding off the xenophobic lies Trump was elected on.

Another problem with presidential candidates that lie in their campaigns is that abandoning a campaign platform once elected, leaves voters disillusioned with their president and the electoral system. This is worrying because it gives people reasons not to vote, and it can make people question the legitimacy of the democracy. One of the main tenets of democracy is that people accept the outcome of an election. If this is threatened, the American political system could be at risk.

The recent America election appears to have been a face-off between millennials and baby boomers. Millennials and baby boomers are now tied as being the largest generations able to vote, yet Trump’s victory shows that the baby boomers still have the largest impact on U.S. politics. Younger generations, specifically the millennials, were expected to dominate the 2016 election. Yet a reported 49% of the population chose not to exercise their right to vote; the onus lies on the millennials, who once again had the lowest voter turnout.

Despite the growth of eligible millennial voters, the results of this election have shown that it is one thing to be able to vote, and completely another to physically go out and cast a ballot.

While the millennials support for Hilary Clinton in this election was seen online everywhere- plastered all over Instagram, Twitter, and Facebook with the infamous hashtag #ImWithHer- that enthusiasm did not materialize at the polling booths. Similarly, all the millennial Bernie Sanders supporters who enthusiastically used the hashtag #FeelTheBern, failed to show up and cast a ballot during the primaries. If the polls relied on social media to calculate a candidates odds of winning, Bernie would have easily won a majority. On social media, even Kanye West stands a chance to win the 2020 election.

It appears that all the public support for Hilary posted on social media by millennials did not translate to votes being cast. Unlike the baby boomers who made the physical effort to vote, majority of millennials felt that tweeting their support for Hilary would have as much impact as voting. The 49% who chose to remain silent failed the 51% who took time out of their day to cast a ballot and make a difference.

The vote is still the best representation of democracy; millennials just have to realize the significance of casting the ballot.