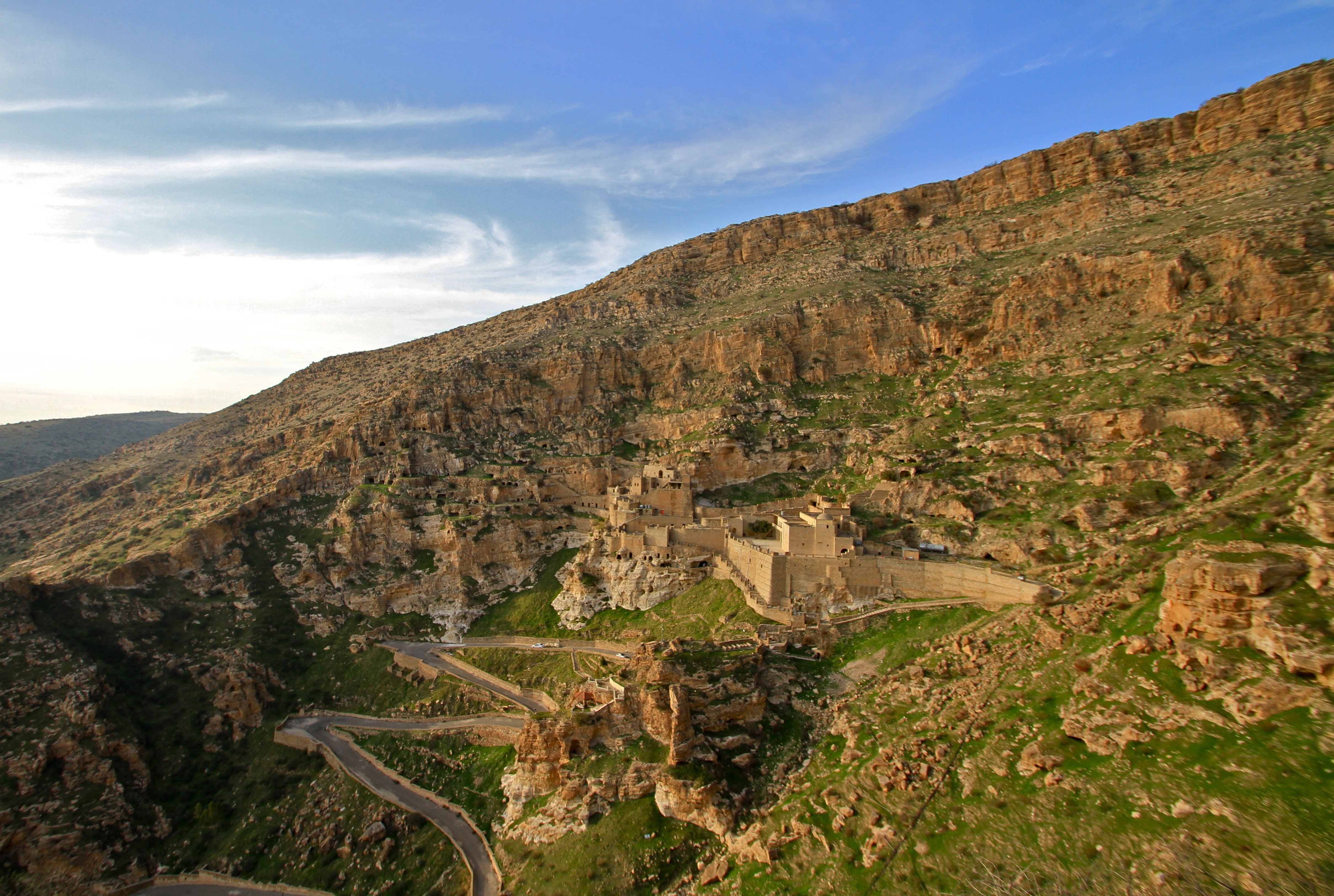 ISIS’ occupation of Mosul and Nineveh Plains villages in northern Iraq, has displaced hundreds of thousands of individuals from their homes. The Nineveh Plain region is dotted with ancient Assyrian villages, monasteries, churches, and other historically significant sites that speak to a vibrant community that has survived for thousands of years in the area. The complete eradication of Assyrian-Christians from the urban space in Mosul has been a complete disaster for members of the community. Those who experienced displacement at the hands of ISIS have had to deal with trauma, loss of home, and most importantly the ramifications of losing a connection to a history that continues to inform the daily lives of community members.

For a perspective on the loss of material culture, and the destruction of historical sites by ISIS I spoke to Professor Amir Harrak at the University of Toronto. Professor Harrak is a specialist in Syriac Studies, and has a particular interest in the cultural heritage of Mosul and its surrounding region. Professor Harrak’s research focuses on the Syriac tradition of Iraq and Syria, and he has published extensively on the history and culture of this ancient community. Professor Harrak has travelled to Iraq, and worked with local officials, community members, and foreign organizations to help preserve the material culture of Assyrians in Iraq. He has also worked with ancient manuscripts and analyzed cultural ruins that remain central to our academic understanding of this community.

My conversation with Professor Harrak began around the historical nature of the Assyrian communities that belong to the four main churches in the Mosul region. The Syriac Orthodox Church, Syriac Catholic Church, Church of the East (Nestorians), and Chaldean Catholic Church. Members of the four Churches according to Professor Harrak have lived in Mesopotamia and later modern Iraq for thousands of years. They have contributed greatly to the cultural and social life of modern Iraq. Professor Harrak told me that the history of the community continues to inform the daily lives of this community to this day. Syriac is still spoken as vernacular of many of the Assyrian villages in the Nineveh plains. Churches continue to use classical syriac as the main liturgical language, and many of the religious and non-religious traditions of ancient Mesopotamia continue to reverberate in the celebrations of this community both in the Middle East and diaspora.

Professor Harrak also spoke to me about some of the historical sites that have stood in the region for thousands of years. Some of the sites are not only historically and religiously significant, according to Professor Harrak they are also significant to our understanding of the ancient Near East. He spoke about the monastery of Behnam and Sarah, it was destroyed by ISIS upon invading the area surrounding Mosul. The monastery directly linked through the mountains to another important monastery of Mar Mattay contained many historically significant artefacts, including but not limited to manuscripts, sculptures, paintings, stain glass windows, and other significant relics that have stood on the site for centuries. This in addition to the fact that the monastery was active and monks still lived on site. Mar Mattay a monastery not far from Behnam and Sarah, and in fact connected through a tunnel in the mountains according to Professor Harrak has not been occupied by ISIS, but he still fears the fate that might await the building.

The destruction of the ancient sites like Nimrud, Hattra, and Mar Behnam and Sarah turned our conversation to the type of ethno-cultural genocide that ISIS has committed in the area against Assyrians and Yazidies. ISIS have used TNT and other explosives to destroy the historical sites to rubble unrecognizable and without hope of ever rebuilding in the future. This according to Professor Harrak makes the job of scholars even more difficult. In the past destruction of these sites only partially harmed the buildings, which enabled the community to re-build and ensure that the sites continue to function as intended. But reducing the sites to rubble, ensures that the sites are totally erased from the area forever.

Some of the historically significant manuscripts and historical sites are still preserved, but they are under threat from both the elements and destructive intentions. Professor Harrak has been working with people in Iraq and elsewhere to help preserve and restore the sites in order to help ensure that the annihilation of the community is not total. This issue of historical sites is very much connected to the refugee crisis and other political problems facing the Middle East. The preservation of what remains of the community’s history is very important for the protection of what remains of the Assyrian community in the Middle East, and that direct connection of a history that is very important to our understanding of the Middle Eastern past.