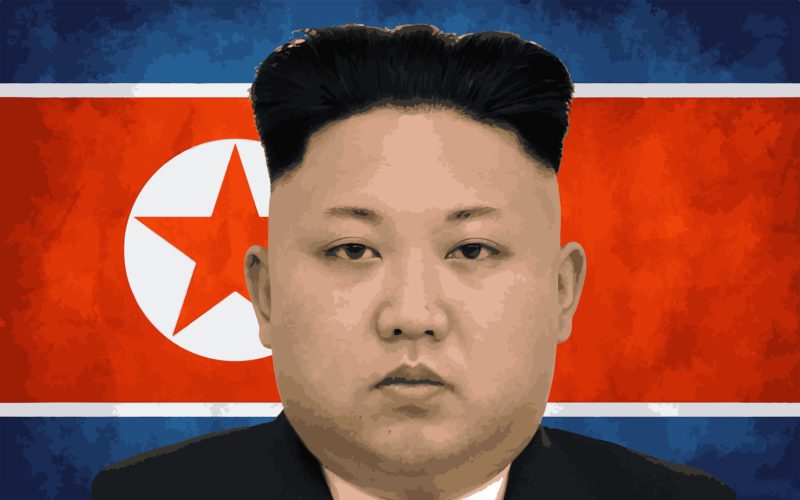 With the ascendance of Vladimir Putin as president, Russia and North Korea have substantially resurrected their Soviet-era relationship, with both countries realizing the mutually beneficial economic and political potential. Russia, unlike the United States and the Soviet Union, does not have global ambitions such as export of an ideology but possesses a strong interest in maintaining control and power over its historic sphere of influence. Moreover, Russia desires to reinforce the concept that multipolarity, as claimed by thinkers such as John Mearsheimer, should decisively be recognized as the dominant characteristic of the world order in the twenty-first century. In July 2000, President Putin and Democratic People’s Republic of Korea (DPRK) leader Kim Jong-Il held the first Russian-North Korean Summit since the collapse of the Soviet Union, with both countries stressing the need for the revival of the historic relationship. In 2014, Vladimir Putin approved the annulment of $10bln debt owed by North Korea to Moscow from the Cold War, signalling an official restart.

From the Russian perspective, many of the Soviet interests in North Korea are applicable in the modern context of Russian geopolitical strategy, with the DPRK continuing to serve as an economic partner, but more importantly as a tool for containment of United States interests in East Asia, through the dilution of its regional military power. Even though China’s role and relationship with the DPRK is widely discussed as the primary agent of influence over North Korea to help resolve political tensions, the media and leaders in the West largely disregard the role of one of the Kim regime’s primary lifelines – Russia. In January 2018, U.S representative Rex Tillerson and Canada’s Chrystia Freeland held a bilateral summit to reinforce solidarity and the commitment to a diplomatic de-escalation of conflict vis-à-vis the DPRK. The Russia-NATO conflict over Ukraine remains a primary geopolitical issue which deteriorated Russia-West relations, but the inconvenient reality may be that the elimination of Russia from such discussions can prove to be fatal to the overall efforts to mitigate conflict on the Korean Peninsula.

Moscow’s relationship with the DPRK can be traced back to the Soviet Civil Administration set up after the Second World War in October 1945 with the goal of establishing a Soviet-friendly regime. In 1948, the Soviet Administration left, leaving behind the loyal newly established state of the DPRK. Kim Il-Sung, who was trained by the Soviets as a Communist guerrilla fighter, was placed in charge of the DPRK, which became the only Soviet satellite state in Asia and a source of pride for the USSR in its efforts to export Communism globally. Until the 1970s, the Socialist experiment in the DPRK was a relative success story for the Soviet Union, with the country’s standard of living exceeding that of its neighbour to the South. By 1991, over 50% of DPRK trade was with the Soviet Union, and North Korea served as an effective military buffer zone between the Soviet Union and the U.S-backed South Korea. To help continue its role as a buffer zone, the USSR provided North Korea with military and civilian aircraft, as well as continuous supplies of small arms and armoured vehicles.1

During the Korean War, in fear of losing North Korea as its primary ally in Asia, the Soviet Union sent its aviation to attack American bombers.2 Pyongyang annually commemorates the Soviet soldiers who fought in the War. However, with the collapse of its primary ally in August of 1991, and the concurrent famine, the standard of living in North Korea dropped and the regime began to fear for its survival. In order for the Kim regime to continue its existence, it would not only utilize repression against its population but re-establish some old trade relations as a source of foreign currency and basic goods.

Russian-North Korean relations are economically beneficial to both parties. After the imposition of numerous rounds of sanctions, until recently, one of the few assets which the DPRK could offer the global market is its labour force. Shortage of labour in the far eastern regions of Russia make North Korean labourers especially valuable. As of 2017, roughly 30,000 North Korean gastarbeiters were working in Russia in various spheres of the economy, from the forest industry to construction. Even though North Korean workers are important for Russia’s Far-East, and Russia insisted that sanctions will no longer be effective in conflict de-escalation, the fifteen members of the UN Security Council approved the imposition of a new round of sanctions, which would halt the employment of North Koreans aboard. However, Russia and China, which employ the largest number of North Koreans, required a 24-month implementation provision to be added to the resolution in exchange for their support. Russia’s economic relationship with North Korea, however, is not confined to trade in labour.

The Port of Rajin, the largest rail link between Russia and the DPRK, was renovated in 2008 to accommodate the growing trade between the two countries. The renovation project, with a cost of nearly $300 million, involved the reconstruction of a 54-kilometre double-track stretch of railway from the border station of Khasan (Russia) to the port of Rajin (the DPRK) with access to the Trans-Siberian Railway. In September 2013, the renovated section of the railway was officially reopened. In 2015, nearly 1,200,000 billion tons of cargo was traded through the Khasan-Rajin port. By 2016, Russia-DPRK trade reached $76.8 million – primarily consisting of trade in textile, energy-related goods and commodities and civilian vehicle parts. Even though these numbers appear to be nominally insignificant, they must be compared to North Korea’s small GDP of $40bn. Moreover, Russia set a goal of growing its trade with the DPRK tenfold by the year 2020. Even though North Korea serves as one of the important trade partners in Asia, Russia has an even greater political interest in maintaining the North Korean regime, which dilutes American military power in East Asia.

Russia, today just as the Soviets envisioned in 1945, sees North Korea as a buffer and diluting agent to U.S military influence in East Asia, where American forces are stationed in Japan and South Korea. Russia makes no secret of the fact that it fears NATO continuous encroachment in Europe through the Baltics and Ukraine. Allowing NATO to also expand to its Far Eastern orders would be akin to being surrounded by an enemy – a situation which Russia will attempt to prevent. Concurrently, the tension with North Korea may enable Russia to utilize the DPRK as a potential bargaining tool with the U.S.

Even though it has yet to materialize, North Korea may serve as a substantial bargaining chip to help Russia achieve its regional objectives such as maintaining power over its historic sphere of influence. For example, the imposition of sanctions against North Korea cannot be achieved through the UN Security Council without Russia’s approval as one of the five Permanent Members. However, this utilization of the DPRK as a bargaining chip internationally, for example over Ukraine, is merely a future possibility for Russia as the U.S recently approved the export of anti-tank weapons to Ukraine and has yet to take steps to eliminate its sanctions. The Kim regime in North Korea ultimately reinforces Russia’s position that the U.S is no longer the global hegemon as it cannot unilaterally solve geopolitical issues. Considering its ties with North Korea, this raises the question, can Russia serve as a broker or mediator to ease the escalating conflict on the Korean Peninsula?

Russia’s historic and increasingly strong bilateral relationship with North Korea can be an instrumental channel through which de-escalate of political tensions vis-à-vis the DPRK may be achieved. Recently, representatives of the Russian Ministry of Foreign Affairs (MID) have been in close contacts with their DPRK counterparts in Moscow to discuss the rising political and military tensions associated with North Korea’s nuclear program. Subsequently, former Secretary of State Rex Tillerson met with his Russian counterpart Sergey Lavrov to reinforce the commitment to diplomatic conflict de-escalation strategies with regard to the DPRK after the U.S softened its sharp rhetoric. President Trump spoke directly with Vladimir Putin to further reinforce this commitment to peaceful conflict mitigation. Moreover, Russia re-established its direct military-to-military contact with the DPRK Armed Forces, a relationship that is unique and exists only between North Korea and one other state – China. In a country like North Korea, where the military possesses disproportionate leverage over domestic and foreign affairs, such a relationship may be key to preventing armed conflict. Ultimately, even with NATO and Russia’s conflict in Eastern Europe in the background, the inconvenient reality may be that Russia will be a key party, and undertake the position of a broker, in mitigating and de-escalating conflict on the Korean Peninsula. Due to the absence of direct diplomatic contacts between Washington and Pyongyang, Russia’s foreign minister has undertaken a role as a messenger between the U.S and the DPRK when he delivered a memo to Rex Tillerson stating that the DPRK is ready for dialogue with the U.S over North Korea’s nuclear weapons program.

With North Korea now possessing long-range missiles capable of reaching North America and nuclear warheads, it serves a similar purpose for Russia as it did during the Cold War, as a tool to counter U.S influence regionally – with the potential of spillover of benefits globally. Russia may continue to support further sanctions against North Korea but concurrently continue, to various degrees, to maintain its role as a lifeline for North Korea as long as such a relationship proves to be valuable. In the future, the DPRK may enable Russia to exert influence over the U.S, for example at the UN over the conflict in Eastern Ukraine, while preventing NATO from approaching its border in the Far East. Ultimately, from the perspective of Russia, the DPRK enables it not only to make economic gains but also to re-establish Russia as a major actor in East Asian international affairs.

Dani Belo is a PhD student at NPSIA at Carleton University, specializing in international conflict analysis and resolution. View all posts by Dani Belo →