The Islamic State in Iraq and the Levant (ISIS) is a militant Islamic jihadist group originally created in April 2013 as a stronger, more violent offshoot of al-Qaeda. Although they first emerged in Syria, the ISIS is now making significant military gains in the Republic of Iraq as well. According to BBC, the last “S” in the ISIS acronym refers to “al-Sham,” a geographic area that can include the Levant, Syria or Damascus. The ISIS reportedly commands up to 10,000 fighters whose ruthlessness appears unparalleled. Perhaps most disturbing is the fact that the ISIS is not exactly attempting to supress evidence of its crimes. The pictures on the group’s website show masked ISIS fighters loading bound captives onto flatbed trucks before forcing them face-down in a shallow ditch where they are subsequently executed. Strangely enough, the ISIS is employing this brutality in a selective fashion. They have also been employing clever tactics designed to gain favour with local populations and solidify their rule, such as by organizing ice cream socials for children, and improving access to water and electricity.

Overall, the broad objective for the ISIS appears to be the creation of a large Islamic Caliphate that would include areas of both Iraq and Syria. In pursuit of this objective, the ISIS has been focusing on capturing major cities in order to destabilize the regions in which they operate. The cities that have since fallen to the ISIS include both Mosul and Tikrit.

Since capturing the city of Mosul in the Iraqi province of Nineveh, the ISIS quickly published its new rules for the region. They have strictly forbidden tribal leaders and sheikhs from cooperating with the Iraqi government, discouraged women from going outside unless  necessary, and have voiced their intention of “[bringing] back the glory of the Islamic Caliphate and the authority of God on Earth.” They have also seized the city’s Turkish consulate and have taken over 80 people hostage, including Turkish Special Forces, diplomats, and children. This marks a massive blow to Turkish interests and it is feared that because the ISIS is active along Turkish-Iraqi border areas that the group might try to expand its sphere of influence into Southeastern Turkey.

Tikrit, on the other hand, is the home of the executed former dictator Saddam Hussein and is located a mere 150km north of Baghdad. It is widely speculated that Tikrit will be used as base from which to launch a final assault on Baghdad, Iraq’s capital city.

The ISIS is led in their efforts by a middle aged man by the named of Abu Bakr al Baghdadi who has organized the factionalized extremist groups in Iraq and Syria into a united fighting force. Now considered the most dangerous military group in the world, the ISIS has gradually solidified its control in Iraq via capitalizing on the massive security vacuum that has followed in the wake of American departure from the region.

Fortunately, recent ISIS victories have not gone unopposed. Grand Ayatollah Ali al-Sistani, an enormously influential Iraqi Shia cleric, has called his followers to arms after 1,700 Shia soldiers were executed by the Shiite group. Although this call is expected to reverberate across the country, it is unclear as to whether or not it will be sufficient.

The situation in Iraq is growing increasingly dire. According to the UN mission in Iraq, “the number of people killed in recent days may run into the hundreds and the number of wounded is said to be approaching one thousand.” ISIS militants have also freed and armed prisoners who are now targeting former police officers and soldiers in captured regions. 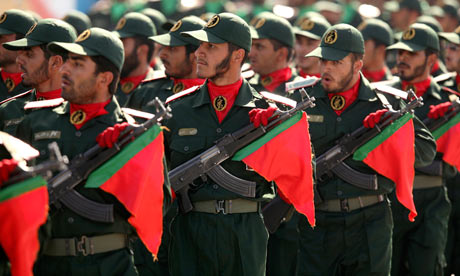 Without having faced significant resistance thus far, the ISIS is rapidly expanding its influence and control across the country. If the Iraqi government cannot effectively deal with these battle-hardened jihadists, it may face intervention from the international community. Iran has already sent two battalions of Iranian Revolutionary Guards into Iraq as a means by which to aid the Iraqi government during the crisis. Far from ordinary soldiers, the Revolutionary Guard is an elite special operations group that is hailed as one of the most effective military forces in the Middle East. When compared to the relatively ineffective and untrained troops of the Iraqi Government, Iran’s forces could pose the first real threat to the ISIS.

If Iran’s efforts are unsuccessful, however, an ISIS victory in Iraq might also implicate NATO in the conflict. America’s Obama Administration is already sending the USS George HW Bush (a 103,000-tonne aircraft carrier) and two guided missile ships into the Persian Gulf. According to Rear Admiral John Kirby, the Pentagon Press Secretary, Obama is now considering airstrikes to “break ISIS momentum.”

The US response to the ISIS is hardly surprising. The geopolitical implications for an ISIS victory in Iraq are enormous: It would mean the rise of state where terrorists are trained, equipped and financed by the full resources of the Iraqi state. Although the US has ruled ground troops out of the equation, it is unclear as to whether other NATO members such as Turkey will adopt a similar policy. The Turkish Foreign Minister Ahmet Davutoglu has promised swift retaliation should its captured diplomats be harmed, and has not yet ruled out cross-border military operations. What is clear, however, is that the ISIS is growing stronger and the Iraqi government appears powerless to stop them.

As ISIL expands its control over Iraq, Aren Saakyan argues that the consequences of supporting the Syrian Opposition will be much greater for the United States than the costs of supporting the Taliban during the Soviet Invasion of Afghanistan in the 1980s.