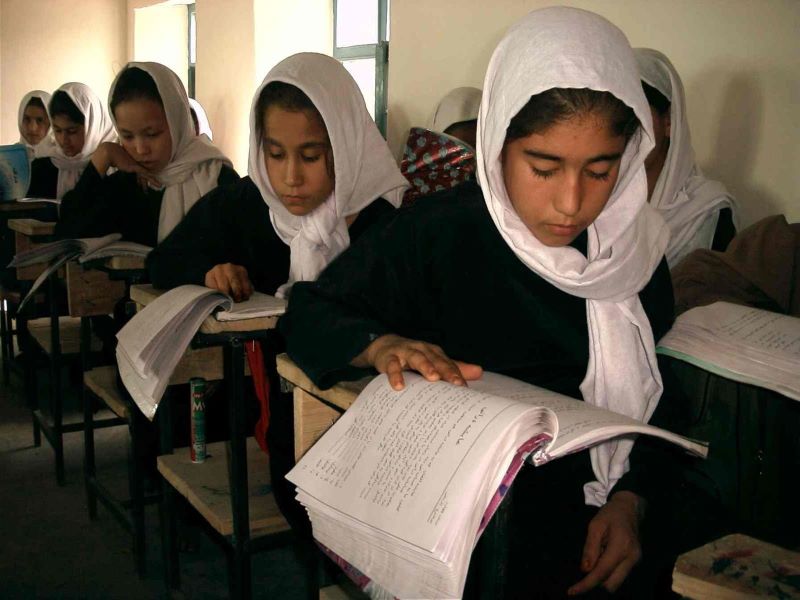 This past Monday, April 29th, Afghan President Ashraf Ghani hosted Loya Jirga, a weekend-long council in which over 3000 politicians, tribal elders, and important figures met in an attempt to reconcile their plans for peace talks with the Taliban. As of now, the Taliban have refused to negotiate with the official Afghan government, largely due to the continued presence of American troops in the country. Despite this, many key figures have expressed a cautious optimism in recent months, with U.S. and Taliban officials reporting progress after their most recent round of talks in mid-March. All such talks are focused on the withdrawal of American troops and the elimination of international terrorism operated within Afghanistan. While these goals are favourable to American interests, they may also present a threat to the country’s female population.

Since 2001, significant social progress has been made with the fall of the Taliban regime, in particular with regards to women’s rights. Yet in the current negotiations with the Taliban, America appears to be more focused on “getting to yes” than to ensuring lasting social stability within Afghanistan, which to many presents a number of serious issues. More immediately, Afghan women fear that their burgeoning opportunities will be traded away in order to ensure an end to the sixteen-year conflict. While U.S. negotiators have reaffirmed their dedication to human rights within the region, such discussions would not take place during the current peace talks. Instead, they would be addressed if and when the Taliban and the Afghan government sit down for formal negotiations, which have not yet been initiated. While President Ghani has repeatedly stated that women’s rights, as well as other social issues, are non-negotiable, many question Kabul’s commitment to substantial action on the subject. In the recent Loya Jirga, Ghani named Abdul Rasaool Sayyaf, a former bin Laden-linked warlord, as chairman of the council. Sayyaf has advocated a hardline interpretation of Islam with regards to Afghanistan’s laws and governance, which include an outright refusal to meet with women. And as many experts argue, negotiations without women at the table possess serious risks of running aground.

Talks which do not include parties dedicated to women’s rights are clearly not likely to prioritize women’s rights. Yet women play a much larger role in ensuring the success of a negotiation. As Dr. Alaa Murabit, UN negotiator and founder of “The Voice of Libyan Women” points out, “if we include women, peace processes are 35 times more likely to last 15 years.” While some may prioritize speedy and “yes-based” negotiations, lengthier processes are in turn more likely to ensure concrete and lasting success. Time spent negotiating is time spent not fighting, which in turn allows for the build-up of regional infrastructure, education, and stability, as evidenced within Afghanistan post-2001. Furthermore, women within conflict zones have been proven to seek out alternative, sustainable solutions and priorities due to the different social roles and responsibilities they inhabit compared to men. Jamille Bigio, foreign relations expert and former Obama administration official, argues that women are “more likely to raise priorities like political and legal reform, economic recovery [and] transitional justice,” and “often take a collaborative approach to peace-building [which] organizes across cultural and sectarian divides.” Even within the limited role women have been granted within Afghanistan, this has already been seen in several ways. Women have been able to broker local deals where officials have not, as with the reintegration of demobilized Taliban fighters and the release of hostages. They have also repeatedly worked to ensure ground-level peace, from countering extremist narratives and disinformation within schools to collecting twenty-five thousand signatures from women and girls in support of the peace process in 2014.

Today, women make up only 5% of the negotiators in the Afghan peace process, the second lowest of any ongoing state-level effort. Despite gains made in the U.S.-Taliban talks, their absence is sorely felt. As has been discussed, current negotiations are focused mainly on military concessions rather than lasting stability, which leaves room for social regression in the aftermath of a U.S. withdrawal. Intra-Afghan efforts are also marked by political, regional, and sectarian divides. Most overt amongst these is the animosity between the Taliban and the Afghan government, yet even within those groups consensus is difficult. The recent Loya Jirga, which Ghani lauds as a successful symbol of unity, evidenced major divides between factions inside Kabul. Chief Executive Abdullah Abdullah, who leads the Afghan unity government alongside Ghani, was chief amongst a number of officials who did not attend that also included former President Hamid Karzai. Karzai worried that the Loya Jirga would only delay peace talks, and suggested that it was motivated out of political ambition over anything else.

While all unbiased onlookers hope for success in Afghanistan, the lack of female involvement in peace talks highlights the problems present in the current attitudes and actions of the negotiations. Without an emphasis on long-term stability, human rights, and meaningful discussions that actively build trust, a success in the U.S.-Taliban talks could in fact lead to more trouble in the already tumultuous state. NATO countries’ initial involvement in Afghanistan in part fell victim to short-term thinking which focused on immediate success rather than lasting change. As involved parties now seek peace, it is undeniably important that these lessons should be applied to how the country’s future is shaped. Bringing women to the table would be an important start.