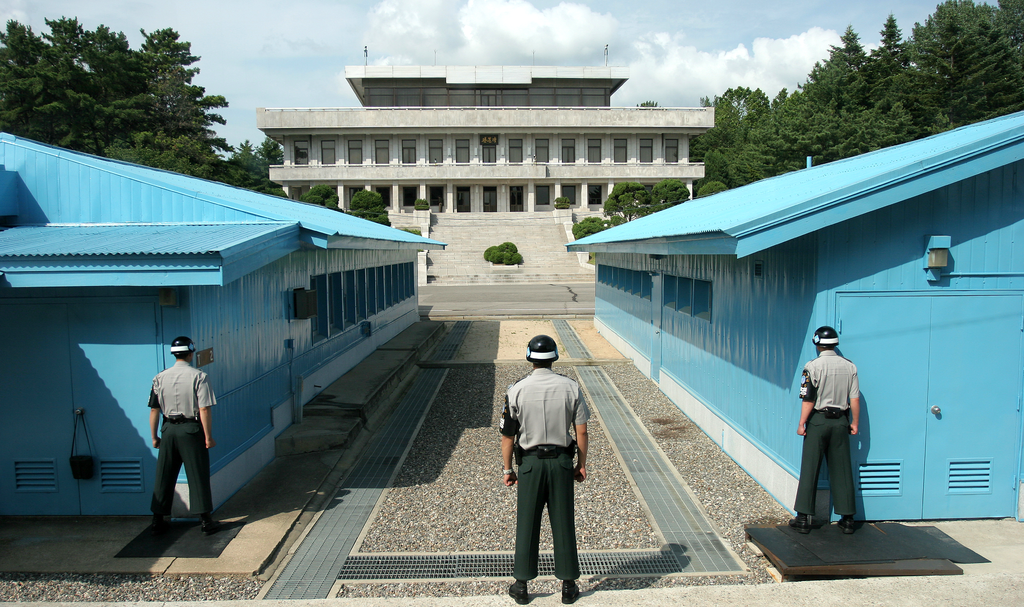 Once again, the Korean peninsula faces a danger of a full-scale war between South Korea and North Korea. Both sides have endlessly exchanged harsh rhetoric of war and threats that contributes nothing to the efforts to maintain peace in the region. The two country’s leadership must understand that exchanging hate is harmful to the effort to normalize relations between the two and puts the ordinary people in a fear of a total annihilation.

At present, the situation appears to be calm at the surface as the high officials from both sides seek to find a feasible solution for the both sides at Panmunjom, a Joint Security Area (JSA) where officials from both side often meet for talks. Nevertheless, the situation can escalate at any moment as the North Korean troops have continued to make threatening gestures and the talks have been going endlessly without significant outcomes. The South Korean military has detected more North Korean troops deploying in the DMZ and a majority of North Korean submarines have departed their base. Because the whereabouts of the North Korean submarines remains unknown, there is still a danger of confrontation.

Whatever their intention might be, the leadership of the two Koreas must understand that flexing muscle against each other would be counterproductive. The South must revise the “eye for an eye” strategy which is unlikely to convince the North to get back on the road to progress. Rather, it will likely prompt Kim Jong-un to take even more hostile measures as he cannot afford to be seen as being weak by his subordinates. While the stock market is in free-fall and the people living near the DMZ are overwhelmed with the fear of a sudden North Korean provocation that could be followed by a total war, South Koreans must refrain from using such hostile rhetoric and apply less aggressive methods to discourage North Korean provocations. The North also needs to restrain itself from utilizing threats and provocation as a tool of extortion. Kim must understand that uttering threats of war would further isolate North Korea in the complex geopolitics of East Asia and discourage others from seeking economic cooperation that is essential to improving North Korea’s ramshackle economy.

By observing the current situation in the Korean peninsula, I cannot help but lament because the remarkable accomplishments of peace made in the last decade appear to be meaningless. The South-North Joint Declaration adopted on June 15, 2000, had opened a road to reunification as the leaders of two Koreas pledged to cooperate in building a loose form of federation. The effort was followed by the Sunshine Policy that achieved a wide range of economic cooperation and allowed the families separated during the Korean War to meet each other. All these remarkable achievements now appear to be forgotten because both leadership relies on the rhetoric of war to achieve their political ends. The leadership of both South and North must look back and understand that both countries had much more to gain from peace.