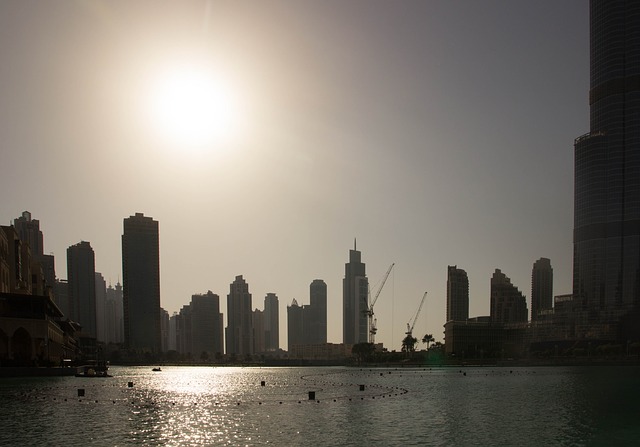 Canadian citizen Salim Alaradi was detained last August in the United Arab Emirates (UAE) without any charges laid and has allegedly been tortured by state security agents. His wife and five children spent months unaware of where he was or why he was arrested. They claim that he was not even allowed a lawyer. The plight of Alaradi, who has dual Libyan and Canadian citizenship, recently reached Prime Minister Stephen Harper’s office after a coalition of advocacy organizations called on the government to intervene. They believe this situation highlights pervasive repression by authorities in the UAE.

Alaradi migrated to Canada from the UAE with his family in 1998, settling in Vancouver until he decided to go back to his native country in 2007 to run a home appliance business with his brother, Mohamad Elaradi. The forty-six year old Alaradi and his family were on vacation last year, on the UAE’s famed Palm Jumeirah Island, when at around 2am on 28 August 2014, he received a call to his hotel room. The hotel’s reception desk informed Alaradi that someone from the country’s security service wanted to speak to him and have him answer a few questions. When Alaradi went downstairs with his wife, he was taken away. On the same night, Salim’s brother, Elaradi, and 10 other Libyan-born men were detained without charge across the city, according to Amnesty International.

On August 29, officers at Al Barsha police station told family members that they had no record of either man’s arrest. Alaradi’s family did not know whether he was dead or alive and were only informed two months later that he was being held in a prison in the UAE capital of Abu Dhabi. His family has only spoken to him a handful of times since then, a few phone calls and one visit at the prison where his wife noticed a burn mark on his hand, triggering fears he is being tortured. The visit was monitored, with Alaradi reluctant to disclose how he was being treated. He did not know where he was or why he had been arrested, and claimed he had not been allowed a lawyer or access to the Canadian consulate. They waited months for either charges to be laid or for Alaradi to be released, as was the case with his brother. But Alaradi’s detention simply kept being extended in 30-day increments. After seven months, Alaradi’s wife and children left the UAE, moved in with family members in Windsor, Ontario, and continued to work for his release.

The family suspects that the UAE only allowed interviews with Alaradi over several months so that signs of torture could heal. Alaradi’s brother described interrogations with varied and vicious torture methods, including truncheon beatings, lashes with a leather cord, waterboarding, sleep deprivation and solitary confinement. While there is no way to confirm Elaradi’s account of torture, Amnesty International Middle East researcher Drewery Dyke, who has been studying the case, said it was consistent with other reports. “All we can say is that it regrettably appears credible — and I don’t say that lightly,” Dyke said.

Human Rights Watch (HRW) viewed a copy of a September 7 communiqué from the Libyan ambassador in the UAE to the Libyan Foreign Affairs Ministry in Tripoli. In it, the ambassador confirms the detention of Mohamed Elaradi and Salim Alaradi, but said that the Libyan embassy is only responsible for people who entered the UAE on their Libyan passports. On September 11, the Libyan Prime Minister confirmed the detention of seven Libyans in the UAE, without naming them. He later stated that Libyans who had violated UAE laws would receive a fair trial there.

The case caught the attention of several organizations, including Amnesty International Canada, which sent a letter to Harper stating,”Your intervention is critical in ensuring that Mr. Alaradi’s human rights will be respected and upheld. It is vital that Canada demand that he be released unless he is charged immediately with a recognizable criminal offence and brought promptly to trial in fair proceedings.”

Alaradi’s family met with Foreign Affairs staff in Ottawa last month, imploring them to help. “They’ve told us that the government is working hard on my father’s case and they’re taking it seriously because they’re concerned,” according to Alaradi’s 17-year old daughter. “But they didn’t tell us the details.” A Foreign Affairs spokesperson said only that senior Canadian officials are in contact with Emirati counterparts, and that “consular services are being provided to the Canadian citizen,” but that further details would not be released to “protect the privacy of the individual.”

Many believe the arrests to be part of the UAE’s wider crackdown on affiliates of the Muslim Brotherhood, which the UAE views as a ‘terrorist’ group. The fact that another one of Alaradi’s brothers was a member of the Muslim Brotherhood group in Libya may have been a factor in his detention, but the family maintains that Alaradi has never been involved in politics himself. In the aftermath of the Arab spring, the UAE has steadily increased pressure on suspected dissidents, activists and foreign nationals. Authorities arrested 41 people in early August on charges of sedition; 30 Libyan nationals last August (including the Alaradis); and in 2013 accused 94 people of plotting a coup.

“The new disappearances are evidence of the UAE’s increasingly repressive behaviour,” said Joe Stork, deputy Middle East and North Africa director at HRW. The rule of law and transparency in its judicial system seem to be of little importance to the UAE, as a culture of paranoia has taken hold. The West continues to marvel at the country’s newest feats of architecture while appears to turn a blind eye to its human rights record.