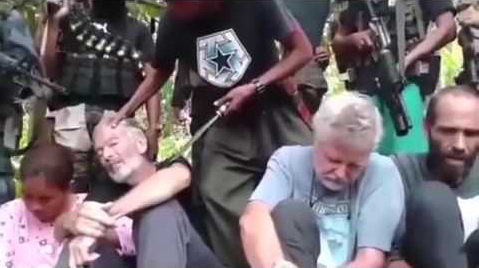 Canada’s approach to hostage takings has put it in a difficult position, and it’s been subject to both domestic and international pressures. Canada has been vocal in its refusal to pay ransom for kidnapped Canadians, and Trudeau has stated he intends to press European countries to adopt the same position, as the number of abductions appears to be on the rise.

Trudeau’s reasoning has been that, by paying ransom, the Canadian government would endanger the lives of Canadians who live, work, and travel around the globe each year. But this hardline stance of the government has been questioned, as in 2011, U.S. diplomatic cables released by WikiLeaks listed Canada as a country that negotiates with hostage takers.

In 2009, for instance, Canadian diplomats Robert Fowler and Louis Guay were kidnapped, then released by a terrorist group in West Africa. A letter obtained by the Associated Press between senior al-Qaeda officials said the Canadians were released for $1.1 million in ransom, at the behest of the Canadian government.

In fact, the negotiation of a price between Foreign Minister John Baird and terrorist Mokhtar Belmokhtar led to a leadership schism, as al-Qaeda was furious with Belmokhtar for agreeing to a ransom one third the usual price of hostages. It was Canada’s cooperation to negotiation that created a chasm within al-Qaeda leadership —despite making the organization $1 million richer.

Ultimately, Canada’s actions do not match the government’s rhetoric. The Harper government had been vocal in refusing to negotiate or deal with terrorist organizations. Yet Canada has also become known as one of a handful of countries that do pay off terrorists, drawing criticism from British and American officials.

Security experts echo Trudeau’s assertion that paying ransom to terrorists would be more likely to endanger Canadian citizens abroad. For the most part, ransom money is one of the primary ways terrorist organizations raise money to fund their operations.

For instance, France has reportedly spent $58 million on ransom payments since 2008. The number of French citizens kidnapped is “significantly higher” than the number of kidnapped Canadians, especially in the northern part of Africa, as terrorist organizations. will target countries known to negotiate.

But the motivations of terrorist groups for taking hostages must also be considered. Refusing to negotiate ransom money is an act that operates under the assumption these groups are, in fact, pursuing a financial reward. Whereas financial gain may have been the primary motivator of Al-Quaeda for taking hostages, ISIL could be seeking instead to promote fear and make a name for itself.

On the other hand, if the number of Canadian deaths were to rise due to kidnappings and a refusal to negotiate ransoms, the government would run the risk of appearing dismissive to the plight of Canadian victims. It must be vigilant and consistent with its stance on terrorist hostage takings, but also needs to demonstrate an effort to resolve the problem.

In the end, the Canadian government must find a balance between consistent rhetoric and the protection of its citizens.