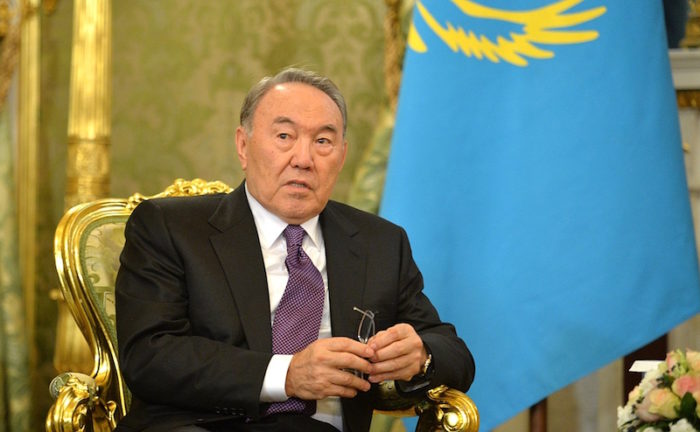 Recent events in Kazakhstan demonstrate that the Central Asian nation lauded for its post-Soviet development and stability may be entering into a period of uncertainty. The ongoing fluctuation of petroleum prices and agricultural land reforms permitting foreign entities to purchase Kazakh properties, greatly angered the general population. A lacklustre economic outlook, coupled with the strongman-style governance of President Nursultan Nazarbayev, has resulted in socio-political unrest and a sense of discontent in average Kazakh citizens. In May 2016, anti-government protests against Nazarbayev occurred and though they were small, one could argue they were a sign of further volatility on the horizon.

A greater threat to Kazakh security emerged during five days in June 2016. From June 5 to June 10, orchestrated shootings that targeted civilian and military installations, as well as subsequent counterterrorism operations, occurred in Aktobe, a fairly large city situated close to the Russian border in northwest Kazakhstan. On the first day of the attacks, a robbery of two gun shops resulted in three casualties. Though three policemen were injured, they managed to eliminate three of the militants responsible for the robberies. Nevertheless, the remaining attackers managed to hijack a bus, and direct their violence against a Kazakh National Guard base. Three Kazakh servicemen were killed, while an additional nine were wounded in this second stage of orchestrated hostility. On June 8, shots were fired at a children’s recreation camp also located in Aktobe. This unexpected terrorist event prompted the Interior Ministry to engage in a robust anti-terror operation that led to the arrest of nine and killing of numerous terrorists.

Soon after the attacks, President Nazarbayev declared that the perpetrators were members of “radical pseudo-religious movements.” This has been the typical terminology of the Kazakh regime for radical Islamic terrorism. Nazarbayev contended that the homegrown jihadists were Salafists taking instructions from Syrian headquarters. As a result of these revelations, the political strongman in Astana commanded authorities to pursue harsher penalties against Kazakhs who traveled abroad to join international terrorist movements, limit migration through Kazakhstan’s expansive borders, provide improved protection for gun shops, as well as military installations. President Nazarbayev assured his citizens that the situation was neutralized, and that the Central Asian republic was stable.

While this grouping of single incidents was quickly resolved by the Kazakh security services, it is obviously a symptom of a larger problem. It illustrates that the insecurity caused by Islamist philosophies is truly global. Further, it highlights the problem of radical jihadist movements in Central Asia. Whereas ISIL has dominated headlines, states in the region are familiar with the dominance of other terrorist organizations. For instance, the Soufan Group reports that the one-time demoralized Islamic Movement of Uzbekistan (IMU) threatens to make a comeback. As well, Tajikistan and Kyrgyzstan are experiencing an increase in Hizb ut-Tahrir (HuT) membership. Hundreds of Kazakhs, Uzbeks, Tajiks and Kyrgyz have travelled to Syria to fight in the ranks of ISIL. To bring this argument full circle, it must be recounted that Aktobe experienced Kazakhstan’s first suicide bombing in May 2011.

As homegrown terrorist cells emerge across the world, and in a variety of cultures, it becomes apparent that the perception that extremists require a headquarters or international organization is dated. The authoritarian nature of governments in the region means that groups that subscribe to any sort of countercultural belief systems already know they would be required to take their communications to encrypted formats. Governments in the region have pursued reckless policies, such as Tajikistan’s forcibly shaving off Muslim men’s beards, which could only result in a deepening of hostilities. Though it has been disputed by scholars, it is a fair argument that poverty and underdevelopment in the region provides a fertile base for anti-government sentiments to be manipulated into extremist calls to action. Why would Central Asia be immune to radical Islam when developed Western states struggle to contain it?

After the 2011 suicide bombing and the recent events in Aktobe, questions emerged concerning Nazarbayev’s leadership. Could the president-for-life styled leader be losing his grip on power? Nazarbayev has ruled since 1989; first as the First Secretary of the Communist Party of the Kazakh Soviet Socialist Republic, and then as president, once the state gained independence from the Soviet Union in 1991. He is considered to be the father of the modern Kazakh state. Kazakhstan has been viewed as the jewel of Central Asia and all this has occurred under Nazarbayev’s guidance. Wealth derived from Kazakh oil reserves and the offer of attractive opportunities to foreign investors has resulted in infrastructure development across the country. Nazarbayev has promoted Kazakhstan as a world leader in inter-religious and inter-cultural cooperation, though the regime has been accused of numerous human rights abuses. Nevertheless, current unstable economic conditions have fanned the flames of discontent across the Kazakh population. When this factor is combined with the regional security situation, Kazakhstan’s steadfast leadership may either encounter additional political insecurity or tighten its grip on power.

One may to ask how terrorist groups can emerge in an authoritarian state that suppresses anti-government expressions and employs skilled security forces. In the case of Kazakhstan, it is fair to assume that though shaken, Nazarbayev will utilize all means possible to reassert his political dominance, whether the violence in Aktobe was terrorism, or simply a plausible narrative. His demands for stricter applications of the law demonstrate initial steps to remind citizens of his power’s reach. The events in Aktobe were a reminder to the Kazakh regime that they are situated in a region known to exhibit extremist tendencies during a time that Islamist ideologies are difficult to counter. It is apparent that the spread of a global ideology is challenging to stifle, and that counterterrorism success does not matter if a state exercises liberal democracy or authoritarianism.