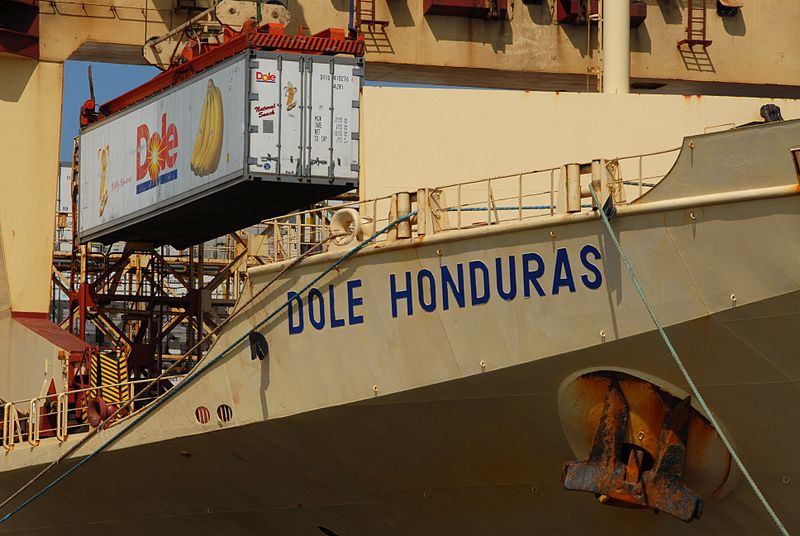 Since the 1940s, doctors have treated bacterial diseases using antibiotics (a subset of antimicrobials). In recent years, there’s been a surge in clinical/hospital cases of bacteria that have developed antimicrobial resistance (AMR). Such resistance is a precursor to a potential superbug, which is a germ that can’t be killed by any known drugs. This is concerning, because if an antibiotic loses its effectiveness, crucial medical procedures – think surgery, C sections, chemotherapy – become too dangerous to perform.

Researchers have concluded that hundreds of people globally are currently resistant to an antibiotic called colistin. Colistin is also known as the drug of last resort, taken when all other antibiotics fail. The threat of AMR is due to how bacteria can swap genetic material. So a bacteria resistant to the second-last line of defense (a drug called carbapenem, taken before resorting to colistin) absorbs the colistin-resistant gene, it could create superbugs that are impervious to all known medicine.The consequences are severe – the CDC conservatively estimates that 23,000 people die every year due to resistant infections, and 9,000 US patients are infected with carbapenem-resistant bacteria every year. Margaret Chan, the Director General of the World Health Organization (WHO), stated that a “post-antibiotic era means an end to modern science as we know it. Things as common as strep throat or a child’s scratched knee could once again kill”.

So what does antimicrobial resistance have to do with trade? Interestingly, the overuse and misuse of antibiotics in livestock is a key contributor to the spread of AMR germs, according to the WHO. The majority of antimicrobials are used in agriculture, rather than in the pharmaceutical industry. Therefore, global trade regulations and individual country standards/tariffs can have a significant influence on the spread of AMR. In the past few years, two agreements have dominated trade discussions: the TPP (Trans-Pacific Partnership, between 12 Pacific Rim countries and Canada, signed by Minister Freeland, but yet to be ratified) and the proposed TTIP (Transatlantic Trade Investment Partnership, between the EU and the US). The European Commission projects TTIP to boost the US economy by €90B.

The White House has insisted that the TPP is an agreement with high standards. However, there are some who argue the TPP has negative consequences because it does not mention AMR anywhere, not even in the Sanitary and Phytosanitary chapter (SPS chapter). The TTIP text will be publicly disclosed after negotiations conclude, and before being signed and ratified. In the meantime, some public health advocates are concerned that harmonization will result in a race to the bottom: in other words, the adoption of lowest common denominator sanitary standards. Developed countries do not use tariffs to compete with one another – instead, they rely on a maze of rules and differing compliance standards. Therefore, these sanitary standards have the ability to dictate the flow of trade. Currently, the EU’s standards on meat are higher than those in the US. The American meat and agriculture industries are pushing for the EU to relax its restrictions. For example, the EU has banned poultry from the US since 1997. The US National Chicken Council claims the EU’s justifications are not based in science, and that the non-tariff barriers are overly trade restrictive. And if the EU potentially adopts lower standards in the TTIP, US poultry exports can increase $500M.

The WHO’s position on TTIP’s SPS chapter is clear: AMR bacteria have proliferated to every corner of the globe. Bob Martin of the Johns Hopkins Center for a Livable Future stresses that policy-makers need to understand how antibiotic regulation in the EU is more effective than in the US, and that worldwide standards should rise to meet the EU’s lead – instead of collectively lowering to the bottom. Doctors are running out of drugs that can effectively treat their patients’ illnesses. Thus, the WHO argues for agricultural policies that protect public health by restricting antibiotic use in livestock production, such as policies modeled in Denmark and Sweden.

The UK, has established a Review Committee on Antimicrobial Resistance to both study the rise of AMR, and to propose a global strategy of tackling the threat. Chaired by economist Jim O’Neill, the Review published a paper on AMR in May, 2016. One key recommendation is to reduce unnecessary use of antimicrobials in agriculture, as they disseminate into the environment, and proliferate by swapping genetic material. This leads to a serious public health concern.

For policy-makers, the question becomes: how do we balance the rising threat of AMR, with negotiating the least restrictive trade policies by WTO expectations? On one hand, the Institute for Agriculture and Trade Policy (IATP) agrees with the WHO. They argue that TTIP can severely undermine progress made in combatting AMR, as higher regulations lead to a decrease in resistance. On the other hand, 20% of US farm income is due to agriculture exports, and in 2013, every $1 from agriculture exports stimulated an another $1.22 in business activity, according to the Office of the US Trade Representative. While the US wants the EU to accept relatively lower standards, the EU has instead released its own version of the agriculture chapter. Last year, the EU proposed to include AMR concerns in TTIP’s SPS chapter. The proposal was based on a 2015 OECD report which estimated that global consumption of antimicrobials in the animal sector will increase 70% by 2030.

While Canada is not part of TTIP negotiations, Canadian policy-makers should still keep AMR in mind. In January 2016, a gene called MCR-1 was detected for the first time in Canadian beef. This gene enables regular bacteria to develop resistance against the strongest antibiotics available (colistin followed by carbapenem). In other words, MCR-1 makes bacteria invincible to the most powerful antibiotic currently known, and only used as a last-ditch attempt. But, Canada has one of the most trade-dependent agricultural sectors in the world. If the TPP is ratified, then Canadian beef producers will triple annual beef exports to Japan and other Asian Pacific nations. Research has shown that increase in movement of livestock (including fish farms, which are also hot spots for AMR) has direct consequences on antibiotic resistant genes.

Policy-makers are not blind to AMR; they are aware of its consequences. Recently, Health Canada proposed new rules for antimicrobial use in livestock, in an attempt to protect Canadians from infectious diseases. AMR can be transmitted as both food-borne and water-borne bacteria. The new rules require drug manufacturers to follow stricter rule regarding quality of active ingredients. This does not mean a ban of antimicrobials in animal feed. Its other provisions include mandating sales information so that regulators can improve antimicrobial monitoring. The Canadian government has gone one step further and also pledged to find new solutions to counteract resistance.

In conclusion, global trade agreements have the potential to severely affect the rise or fall of AMR. Policy-makers also need to ensure that agreements such as TTIP are the least trade restrictive possible, as both domestic and foreign economies depend on agriculture. That being said, we need to take more concrete action against the rising threat of AMR, especially since the scientific evidence is relatively uncontested. Policy-makers should adopt as many of the recommendations set forth by the Review on Antimicrobial Resistance as possible.

Photo: By Dale Frost (Port of San Diego) via Wikimedia Commons. Licensed under CC BY 2.0.