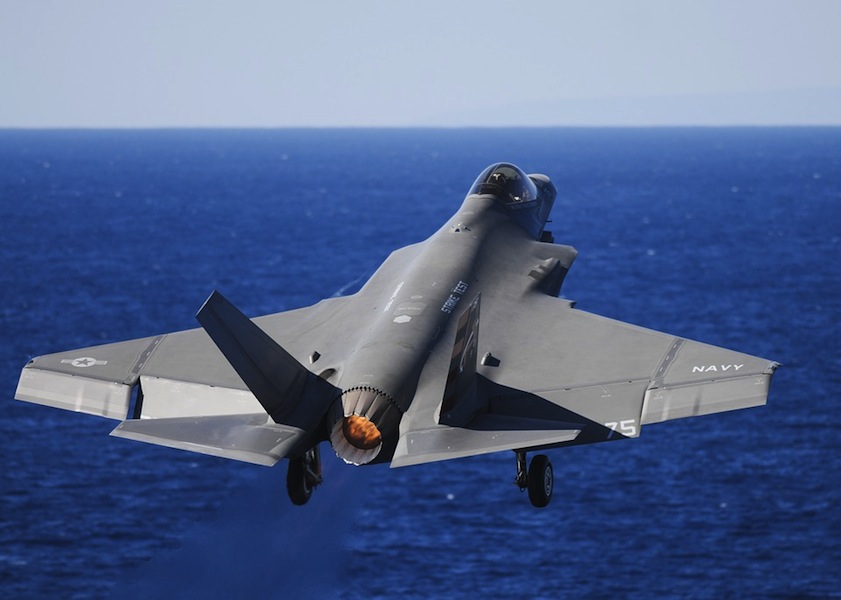 In a press conference held yesterday, the U.S. Air Force announced the first set of completed F-35A to be combat ready. The announcement comes at the heels of the Canadian government’s recent $33 million investment in the F-35 Joint Strike Fighter program, which some felt to be a surprising move for Prime Minister Justin Trudeau’s government.

Gen. Hawk Carlisle, commander of Air Combat Command, made the announcement, stating that the first squadron of F-35As, based in Utah, had initial combat capabilities. This means that fully trained airmen can conduct air support, engage in combat with enemy air defences, and conduct missions using weapons and missions systems. In other words, it’s ready to work like any other jet fighter in the U.S. Air Force. At the press briefing, Gen. Carlisle stated the F-35 can “provide the capabilities our commanders need on the modern battlefield.” The U.S. Air Force plans on purchasing 1763 F-35As, approximately 70% of all US production of the aircraft. The US Marines have purchased F-35Bs, while the US Navy has opted for the F-35C model.

This is not the first time the F-35 has made headlines in the past month. The Canadian government quietly paid another installment to the Joint Strike Fighter program, ensuring its participation until September 30, 2016. A spokesperson for the Minister of Defence indicated that the payment did not demonstrate a commitment to purchase F-35 fighters. Instead, it was to secure over $700 million dollars worth of contracts for F-35 parts that were awarded to Canadian companies at the outset of the program.

To some, this comes as a surprise; during the federal election campaign Trudeau promised that if elected, his government would be not purchase Lockheed Martin’s F-35s, instead opting to have a “fair and open competition”. This has been a difficult promise to keep. If Canada were to pull out of the Joint Strike Fighter program, Lockheed Martin would have grounds to pull their contracts from Canadian companies and open up the Canadian government to possible litigation from the aerospace company.

Speaking during question period in early June of this year, Trudeau called the F-35 an aircraft “that does not work and is far from working.” Today’s announcement may give him and his government pause as Canada continues to weigh its options.

Focus on Canada’s procurement of the F-35 heightened recently when Denmark, a NATO ally, decided to purchase F-35s over the Eurofighter Typhoons and the F/A-18 Super Hornets after a lengthy evaluation process. The Canadian government appears to be leaning toward purchasing the FA-18s, with several credible sources confirming that Boeing representatives have been having frequent discussions with government officials since January.