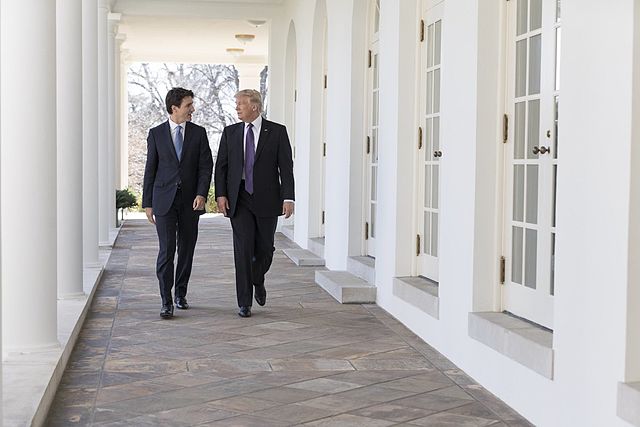 2017 has been a turbulent year, to say the least. While one of the world’s most powerful nations has been drawing global attention due to the confusing and problematic policies it has been undertaking, it is important that we remember there are other pressing issues elsewhere in the globe. One of the most troubling events to have taken place this year is the exodus of the Rohingya to escape persecution in Myanmar. While signs of the mistreatment of the Rohingya have been present for years prior to this one, they were not addressed appropriately, and eventually evolved to the tragedy that took place in August of this year, when an estimated 6700 Rohingya were killed in the Rakhine State of Myanmar. Rohingya refugees swelled concentration camps in Bangladesh in the weeks that followed. Almost four months later, stories of the horrors they have faced are just starting to unfold.

In a year during which far-right movements and anti-immigration sentiment has occupied much of international headlines, the situation of the Rohingya Muslims is a timely reminder of just what can happen when such ideas of non-inclusion are allowed to fester unchecked. The year ahead appears to be one filled with work for all of us.

As 2017 comes to a close, at this point, we are forced to look back at this confrontational year. This year was marked by the reinforcement of Kim Jong-un’s active, but hostile interactions with the United States. President Trump’s speech referencing Kim Jong-un as the “rocket man” was easily one of the top ten searched for political speeches on video steaming sites. What is less remembered is that the North Korean representative to the UN assembly, Yi Yongho, referred to this speech as the “sound of a dog barking.” On top of defending Yi Yongho’s response, the regime conducted 17 missile launches, as well as one nuclear test over the year. Of these launches, the one on November the 29th was the most significant as it demonstrated that the regime could indeed launch a missile capable of reaching the east coast of the US. For decades, the different administrations of the United States feared the possibility that North Korea could mount a nuclear weapon on an ICBM capable of reaching the United States. But before this launch on November 29th, many scientists and military experts suspected that the North Korean regime would take at least half a decade to reach this feared status.

In response to North Korea’s aggression, the Trump administration has consistently introduced policies to economically isolate North Korea. This approach was met with some success in September, as the UN Security Council unanimously passed resolution 2375, limiting North Korea’s legal import of oil and natural gas.

Following the launch on November 29th, the US navy is now considering enforcing a complete naval blockade in cooperation with the South Korean navy. This naval blockade will likely lead the powers into a more unstable situation than the Cuban blockade in 1962. While the blockade of Cuba did not lead to a war, the North Korean regime has claimed that it will view any naval blockade as a declaration of war. Therefore, I would argue that unless the attitudes of President Trump and Kim Jong-un change, the possibility of war will only increase in the future.

The latest defence policy, released in the summer of 2017, revealed the government’s willingness to uphold the Women, Peace, and Security Agenda, as we celebrated its 17th anniversary. The defence policy was the first ever to be created using Gender Based Analysis Plus, an analytical tool designed to understand diverse populations. It led to the inception of the ‘Women in Force’ program, which aims to create a more gender-neutral and stronger military in Canada. The defence policy is a strong indication of Canada’s goal towards gender equality, and showed that Canada is a definitive leader in the field of women in security.

The #MeToo campaign was also a huge step forward in combatting gender-based violence. It sent ripples throughout the world, the hashtag being translated in both French and Italian, and led to an uncomfortable but very much necessary conversation that was long overdue. Although social media activism has been criticized for being fleeting and ineffective, the same cannot be said about #MeToo. The consequences of women coming out about their experiences within the film industry have trickled into other communities. A widespread movement of people speaking out against gender-based violence together has commenced, and has continued in the subsequent months.

Overall, this year has been difficult. The politics at large have been frightening and there has been a certain desperation in the air. But the good parts cannot be ignored. For the first time in history, women are rising above their perpetrators in one of the most misogynistic industries that exist. Along with everything else, 2017 has brought us some hope for a better future too.

2017 has been a tumultuous year for all regions of the world, but I am going to focus on the Middle East, which, like many years before 2017, had a very eventful year. ISIS has largely been defeated in its current incarnation, Jerusalem has been recognized as Israel’s capital by the US, and Saudi Arabia’s new crown prince has tested his hand at political adventurism. All of these events are monumental, and their effects will undoubtedly spill into 2018.

Most experts  believe that ISIS, being defeated territorially, will simply transform into a more traditional terrorist organization, rather than governing a defined territory. As a result, the fight against ISIS is long from over, and the many former soldiers fleeing the caliphate will pose a difficult security challenge for the Middle East, and the West in 2018.

President Donald Trump’s decision to recognize Jerusalem as Israel’s capital set off a firestorm of condemnation from across the world. There has been renewed rocket fire from Hamas controlled Gaza into Israel, and Israel has responded with air strikes. Hamas has called for a third intifada, and the peace process has taken a hit from what used to be its greatest supporter.

In my opinion, what will be the biggest news story coming out of the Middle East in 2018 will be Saudi Arabia’s new found confidence in the region. The young crown prince Muhammad Bin Salman has been testing his hand at changing the status quo in the region, exemplified by Saudi Arabia’s war in Yemen, its isolation of Qatar, and most recently it’s meddling in internal Lebanese politics. It seems possible that Lebanon might become the next battleground between Saudi Arabia and Iran in 2018.

It was another bad — and remarkably hot — year for the third planet from the Sun. From the worsening of natural disasters to the lethal acidification of our oceans, the terrifying impact that human activity is having on our planet was again on full display in 2017. Yet despite these alarming environmental trends, and their myriad of socio-political consequences, most national governments have refused to begin meaningfully addressing climate change.

While much attention has been placed on Donald Trump’s decisions to pull out of the Paris Climate Agreement and systematically gut the Environmental Protection Agency (EPA), the Trump administration is far from the only government failing to take climate change seriously. In October, UN Environment released a report that found that Paris signatories “have only committed to one-third of the cuts to emissions that will be required to achieve the goal.”

Canada’s environmental efforts have been especially lacklustre. Despite rhetoric that would suggest he is a bonafide climate leader, Prime Minister Justin Trudeau has failed to embrace the urgent steps necessary to combat the warming of the planet. While criticizing the previous government’s wanting environmental policy, he chose to adopt that same government’s modest emission reduction targets. In addition, Trudeau continues to support the construction of crude oil pipelines that will substantially increase carbon emissions, not to mention potentially wreak havoc on local environments. As a result, Canada’s emission reduction targets have not only been accused of being too low, but also unattainable under the government’s  present policies.

However, you wouldn’t know this based on how the Canadian government talks about climate change. Addressing the UN General Assembly in September, Trudeau offered what many saw as a slight towards his American counterpart, saying that “no country on the planet that can walk away from the challenge and reality of climate change.” But apparently most countries can ignore the reality of climate change as long as they obscure this with lofty rhetoric. As veteran environmentalist Bill McKibben put it earlier this year: “Trump is insulting the planet […] But at least he’s not pretending otherwise.”