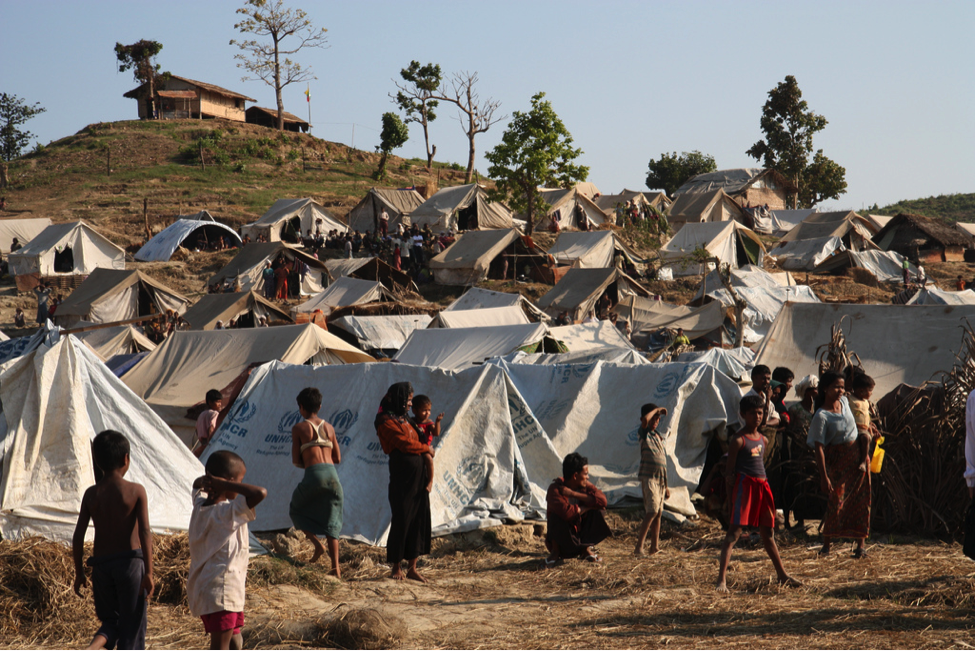 Globally, sexual and gender-based violence (SGBV) affects millions of men, women, girls, and boys both physically and psychologically. In a humanitarian crisis, the risk of SGBV significantly increases with various forms of sexual violence being used as a weapon of war violating an individual’s inherent human rights, as well as International Humanitarian Law (IHL). Those subjected to the harsh brutalities of SGBV often require immediate life saving medical aid due to the physical and psychological trauma victims and survivors face.

What is sexual and gender-based violence?

SGBV refers to any act forcibly inflicted on an individual resulting in physical and psychological harm and trauma. Common forms of SGBV include rape, sexual abuse, and acts of sexual exploitation. SGBV is largely based on gender norms, harmful traditional practices, male dominance, patriarchy, and unequal power relationships. It encompasses not only physical or sexual forms of violence, but it also includes psychological and emotional harm inflicted on an individual. While SGBV affects men, women, and children, it disproportionately affects women and girls and poses significant safety and security concerns for this particular demographic. Other vulnerable groups in a population, which are of particular risk to SGBV, include persons with disabilities, LGBTQ persons, female-headed households, and the elderly. While statistical data on SGBV is available, it is not a holistic representation of the exact scale and magnitude of this form of violence as most cases of SGBV go largely unreported. In addition to inflicting severe physical and phycological harm, SGBV denies the human dignity of an individual and significantly impedes positive human development.

A humanitarian emergency is defined as an event or series of events, which presents serious threats to the health, safety, security, and well-being of a region, community, or mass group of people. Humanitarian crises are extremely varied and highly complex. A humanitarian crisis may result from a myriad of possible events both naturally occurring, such as a natural disaster, or from man-made causes such as armed conflicts. A complex humanitarian emergency is characterized by mass displacements of populations, extensive violence, loss of life, protracted conflicts, significant safety and security risks for both displaced populations and humanitarian relief workers, and widespread damage to societies and economies. Regardless the type of disaster or motivation behind a particular conflict, the ultimate goal for relief workers during a humanitarian response is simple and straightforward: to save lives, alleviate suffering, and maintain the human dignity of the population currently experiencing said crisis. In the occurrence of a humanitarian emergency, weakened security, a separation or break up of family units, border crossings, encountering of rebel/armed groups, etc. are all factors contributing to increased risk and vulnerability of individuals that are forced to flee from extremely volatile contexts.

SGBV in a Humanitarian Context

In the wake of a humanitarian emergency, the risk of being subjected to SGBV increases drastically. As previously stated, SGBV is largely used as a weapon of war often towards the most marginalized and vulnerable members of society based on: age, gender, marital status, financial/economic stability, designated head of household(s), mental and physical disabilities, sexual orientation, and gender identity. Women and children are largely overrepresented in SGBV in internally displaced country contexts and humanitarian settings. Specifically, in a displaced context for example, internally displaced persons or IDP women and girls face very specific forms of SGBV including: threats of violence against family members, opportunistic violence, intrafamilial violence, and all forms of SGBV including: physical and sexual violence, intimate partner or domestic violence, reproductive control and violence during pregnancy. The gendered impacts of displacement are devastating for poor, rural women who often lack financial stability and economic independence.

Perpetrators of SGBV range from known and trusted individuals such as family members and relatives to unknown individuals such as armed actors, inter-ethnic groups, religious leaders, and affiliates. In certain instances, the repercussions of SGBV are as detrimental to the well-being of a victim as the act itself. As a result of the aforementioned forms of violence, recurring social violence, community-level stigmatization, family isolation, fear and cyclical violence continue to place significant burdens and restrictions on the advancement and protection of all female refugees and IDPs in a humanitarian context. Cases of SGBV occur across various settings beginning in the country of origin, in transit to designated refugee settlements and within the host country. As a result of high stigmatization, harmful traditional practices, language barriers, and financial dependency on abusive male counterparts, the majority of SGBV cases go largely unreported resulting in many women and children suffering in silence. This leads to further deterioration of both mental and physical health states of refugees and IDPs. Part 2 of this publication will look into how the international community is responding to SGBV in humanitarian settings with a focus on Canada’s role in particular.

Gender based violence, Women in Security