The course for economic reform is set, but there are a number of problems that need to be addressed

The meeting of Chinese Communist Party’s Central Committee last week was significant as the party leaders set the course of their economic agenda for the first tenure (five years) of the Xi-Li (President Xi Jinping and Premier Li Keqiang) leadership. In this meeting, or The Third Plenum of Party’s Central Committee (as it is referred to in China), Mr. Xi and Mr. Li, as well as the committee, embraced drastic and emboldened economic reforms. On one hand, the Chinese government is intending to build up a more sustainable economy where there is more market competition, more private enterprise, more urban middle class consumers and more regulations on easy credit. On the other hand, this economic reform is also meant to curb environmental degradations and to reduce the massive societal frictions generated by the urbanization project, an ambitious endeavor that aims to move 250 million rural residents to the cities across China. While these reforms are to be implemented quickly, China today is grappling with numerous economic issues. This article will address the problem in China’s loan practices. A follow up article will talk about China’s difficulties of keeping up with the job demands, problems in China’s push for urbanization and the dilemma between implementing economic reforms and strengthening party power.

The Hazardous Loan Practices in China

About midway through this year, a very intriguing yet alarming development concerning China’s economy unfolded. In a sudden and unexpected manner, China’s central bank, the People’s Bank of China, tightened up the interbank borrowing system and refused to inject any additional cash into the credit system. Unlike many other central banks around the world, the Chinese bank is not an independent institution; it is obliged to report to the States Council. As such, the reason behind this initiative was that the Chinese government wanted to restructure the economy through quick and sweeping reform. They did this while simultaneously aiming to punish those who take advantage of interest rate speculation. Chinese banks have a unique system of under-the-table loan practices, whereby banks often use lightly regulated wealth management products or “WMP” to “repackage old loans and prop up risky companies and projects that might not otherwise be able to borrow money.” Oftentimes, big banks will set the return interest rate for the WMP to be really high (around 6-7 percent, whereas the regulated interest rate for the saving deposit is set at 3.3 percent) to attract both consumers and investors to withdraw money from their regular savings account and put it into the WMPs. Then, much of the money will, according to experts and analysts, be lent to other smaller banks (thus continuing the cycle of repackaging loans continues) or property developers and local government financing vehicles at the rate ranging from 4 to 8 percent.

According to the New York Times, the popularity of WMP has really picked up over the last five years and contributed significantly to China’s continued stunning growth. At one end, people who withdraw their money and invest in WMPs are promised big returns. At the other end, given the fact that Chinese government strictly regulates the credit system, the under-the-table WMPs enable borrowers to get the much coveted and needed capitals with relative ease; some of them are so desperate that they are willing to pay the lending banks nine, ten or even fifteen percent (though borrowing at over ten percent interest rate are rare) just to get the money. The value of all the WMPs combined was  $6 trillion at the end of last year, roughly 69% of China’s current GDP. The practice of WMP loans was somewhat tolerated by the government during the economic boom as the property developments in China continued to explode while the housing prices soared. However, with an apparent economic slowdown, there is a growing sense of fear that there will be imminent bank failures once the borrowers default or when the government decides to push market reform by refusing to intervene in the market. With a great degree of uncertainties looming and far too much money at stake, “how to restructure the economy based hugely on the practices of WMP” has indeed become one of the toughest economic problems facing China at this point. 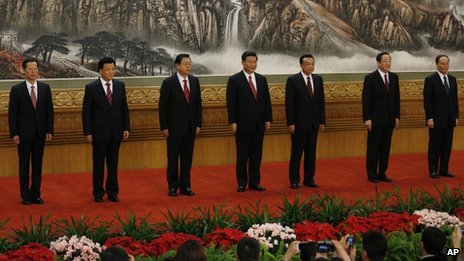 Unsurprisingly, the Chinese government sent the market into frenzy in June when the People’s Bank of China deliberately allowed the lending rate to soar (the national average lending rate jumped from 7.66 to a record high of 13.44 percent overnight) and announced that it would not inject substantial amount of cash into the credit system. The reaction was tumultuous both in China and around the world; China’s interbank borrowing system nearly stalled while the Hang Seng Index of Hong Kong dropped 2.9 percent and the Shanghai composite index fell 2.8 percent on the same day. Though the situation remained volatile, this sudden cash squeeze and lending crunch immediately relaxed when the borrowing rate dropped to 8.49 percent on the following day. Although the government did not formally announce it had taken part in intervening in the economy, the signal was clear: the Chinese government wants to pursue an extensive economic reform. Banks must sort out their own problems and be more responsible with their loan practices.

During China’s remarkable economic surge in the 1990s and 2000s, the Chinese government relied heavily on quick stimulus to overcome economic slowdown by having directed state-owned banks to pump liquidity into the market. However, the utilization of stimulus to sustain growth might be a thing of the past under the newly appointed Xi-Li leadership. Premier Li Keqiang has stated numerous times that he wants to restructure the economy and promote sustainable growth, a mindset that is opposed to the relentless pursuit of GDP by the leaders of the previous generation.  Chinese President Xi Jinping holds the same kind of mentality as he intends to nurture a healthier and more sustainable economy by “encouraging more market competition, private business, financial liberalization and individual consumption.” However, the challenge facing the ruling communist party remains. China, for the most part, still wants to enjoy all the good things: lots of jobs, rising living standards and easy credit. These were brought along by the economic boom. This mentality, along with the market’s violent reaction towards a sudden cash squeeze and lending crunch, shows that the road to get rid of under-the-table WMPs and the irresponsible practice of easy credit in China is still long.