He points out that this is essentially the crux of Russian President Vladimir Putin’s foreign policy: “He has no need to undermine NATO strategy, since none exists in reality, while he continues to hack away at the foundations of the Western Alliance through Special War, particularly espionage and subversion.”

Schindler’s illuminating statement provides a general insight into Putin’s plan to increase Russian regional power; however, with the aim of understanding how Putin intends to “attack” the NATO alliance structure, one can take another lesson from Sun Tzu: “Skillful warriors are able to be invincible, but they cannot cause opponents to be vulnerable.” A common interpretation of this statement is that one cannot force weakness onto an opponent; however, an opponent can be manipulated into making itself vulnerable. 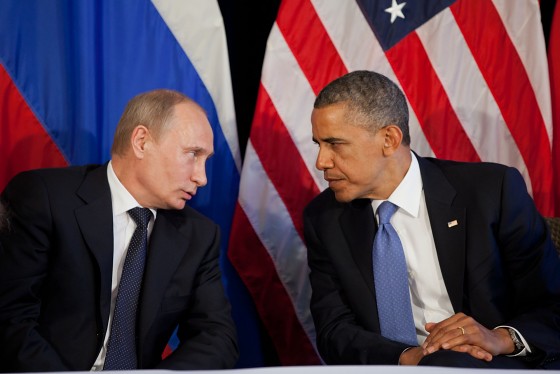 This is precisely what Putin has been doing. His unique version of hybrid warfare plays to Russia’s strengths and allows it to function antagonistically within the confines of its relatively limited capabilities.

Putin has managed to make everyone believe that he is not just winning the war in Donbas, but winning the fight to make Russia a world power once more.

The truth is that despite the Kremlin’s assertions to the contrary, Russia is not a world power. It remains a revisionist regional power.

And herein lies the issue with labeling this conflict as a revived “Cold War:” the Cold War saw the world divided into separate, geopolitical spaces based upon competing ideologies. Today, the relative parity between the two Cold War opponents has vanished, and Russia is renegotiating its status in the international order from a position of political, economic, and military vulnerability.

Yet despite Russia’s obvious weaknesses, Putin’s hybrid war has succeeded in unnerving NATO members to the point where the functionality of the alliance itself is being called into question.

On June 10, 2015, Pew Research Center released the results of a five-week public opinion survey including 11,116 interviews carried out in Ukraine, Russia, and eight NATO countries. Although the report contained nearly 100 questions in total, the responses to one particular question leap off the page:

“Q52. If Russia got into a serious military conflict with one of its neighboring countries that is our NATO ally, do you think (survey country) should or should not use military force to defend that country?”

The answers are not encouraging.

Of the eight NATO member countries included in the survey, only two, the USA and Canada, had majority responses indicating the affirmative. Germany, France, and Italy all had majorities indicating the opposite – that they should not use military force to defend a NATO ally.

These responses reveal an underlying wariness of Article 5, the mutual defence clause that states that “an armed attack against one or more [members] shall be considered an attack against them all.” As the Pew survey indicates, it appears that NATO states are losing the public will necessary to uphold the Article 5 pledge.

However, a lack of Western European resolve to personally defend the North Atlantic Treaty pledge does not mean that they do not expect a retaliation of some kind, as the response to the subsequent questions reveals:

When asked about the likelihood of an American military retaliation in the event of an overt Russian assault, every polled NATO member (with the sole exception of Poland) issued a resounding affirmative response.

1. That the majority of Western European NATO members presume that it is the duty of the United States to protect Europe.

2. That the eastern-most NATO members are losing faith in NATO’s willingness to protect them.

The first statement is corroborated not only by public opinion, but also by economic fact. In 2006, the then-26 (now 28) NATO members made an unofficial commitment to contribute at least 2% of their Gross Domestic Product (GDP) to the NATO alliance in the form of defence expenditures. Although the combined GDPs of all non-US NATO members exceeds that of the United States, the collective defence expenditures of the non-US members amounts to slightly less than a quarter of the NATO total. The remaining 73% is covered by the United States. In addition, only five of the 28 member states (Estonia, Greece, Poland, UK, and the USA) are on track to meet the 2% minimum defence commitment in 2015.

The negative survey responses of Poland, the eastern-most polled NATO member, is emblematic of the growing loss of Eastern European confidence in NATO protection amid increased Russian aggression in the region.

Over recent years, Russia’s hybrid disruptions in the Baltic states have included illegal territory incursions, denial-of-service cyberattacks, massive military exercises, threats of nuclear war, and perhaps most disturbingly, the recent abduction of an EU citizen from Estonian territory who is currently facing trial in Russia for false charges of espionnage.

Despite these incessant and defiant Russian breaches of sovereignty, NATO has been extremely reluctant to place a permanent troop contingent in Eastern Europe, in fear that this could spark further Russian retaliation.

This practice of singling out the United States reinforces the image of an American defence umbrella, rather than a collective NATO effort. Coupled with its inordinate fiscal contributions to the alliance, this presumption of American responsibility to lead NATO could prove to exasperate its most crucial member further down the road.

Despite its domestic qualms about shouldering the NATO burden, with only 56% of Americans expressing a desire to uphold Article 5, the United States has recently taken steps in an attempt to reassure its eastern allies.

Despite these attempts at eastern reassurance, Baltic leaders are becoming increasingly wary of NATO’s commitment to provide military protection in the event of a Russian assault.

When asked to comment on whether NATO’s resolve in 2015 matches its Cold War fortitude, Estonian Prime Minister Toomas Hendrik Ilves was not optimistic. “I’m not convinced,” he expressed to Telegraph reporter David Blair. “There was a certain moral clarity before that is now, I would say, falling apart.”

Given the disturbing results of the Pew survey, Mr. Ilves’ comments may not be far off the mark. Russia’s potential future actions in the Baltics could be the greatest test to NATO’s resilience in its history.

To quote the astute Prime Minister Ilves: “If someone says ‘no,’ at that point NATO ceases to exist.”

And this is Putin’s end goal. By taking a lesson from Sun Tzu, he intends not to weaken NATO, but to persuade NATO to weaken itself.