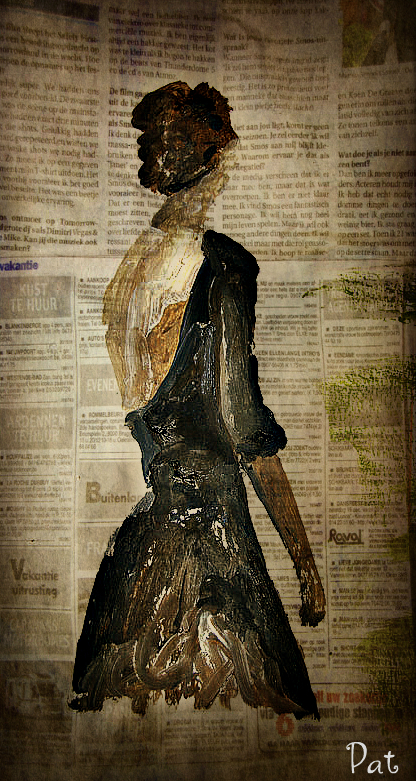 The media is a critical tool that frames the way we perceive and think of our society, as well as the way we act. It creates and perpetuates narratives and influences how we consider men’s and women’s roles in public and private spheres. Women in the media are often under-represented and portrayed in stereotypical ways. This can alter our views on women’s identities as well as our understanding of the relationships between men and women.

This article examines how mainstream media often promote and participate in the normalization of sexist values and tropes, at the expense of more nuanced portrayals and narratives that account for the multiple identities and experiences of women.

Gender-biased representations in the media

The overlap between the political sphere and the media creates a scenario in which the media is often able to shape the discourses of those in power. Conversely, many examples illustrate how political and economic agents can manipulate the media to their advantage. This goes beyond simply shaping voters’ views as it also influences the way a society evolves, states Professor Grégory Derville in his work “Le pouvoir des médias” (The power of media). For instance, Serge Dassault, the French aviation magnate, chairman and CEO of the French conservative newspaper ‘Le Figaro’, from 2004 to 2018, made sure that any mention of the corruption scandals relating to him never made it to print. According to one journalist, criticizing countries that were Dassault’s trading partners was also off limits. Various media outlets choose the type of narratives that come to dominate the public sphere and decide to whom they will give credibility and visibility.

According to a 2015 report by the Global Media Monitoring Project, “the overall proportion of stories focusing on women has held relatively steady at 10% since 2000”. In Europe in 2015, a mere 3% of stories in the media were about problems women encounter regarding gender inequality. Recently, the #Metoo movement seems to be changing this narrative. Gender violence is no longer confined to the private sphere but can also be seen as both a political and public matter.

Even though some progress has been made, our society is still deeply rooted in a culture of sexism. A 2019 study by the French “Conseil Supérieur de l’Audiovisuel” revealed that even though women now make up 39% of the National Assembly, the percentage of women in radio is on the decline and women’s under-representation during peak times is staggering. Although more women experts are being given airtime, the number of female politicians invited to participate in debates on mainstream media channels is still extremely low (24.4%), compared to male politicians (75.6%).

Amanda Haraldsson and Lena Wangnerud define media sexism as stories that misrepresent, reproduce, and therefore perpetuate existing narratives of gender inequality. This behavior reinforces social prejudices for female politicians and as such, any political ambition of women who would run for office is often quashed. Examining the percentage of female candidates during the 2015 parliamentary elections worldwide, the authors consider how media sexism influences women’s ambitions. The authors define the “bystander effect” as the fact that media hostility towards women in politics has a negative impact on all women. This ambient sexism negatively affects self-esteem and serves as an effective deterrent to women who may be willing to enter the political arena. As such, incipient political willingness will presumably be less likely to flourish amongst women who experience media sexism. Women who are politically inclined may accept the idea that they will not become candidates.

A study on news media coverage during the 2009 European Election in the 27 EU member states identified cases where “women are more visible in the campaign coverage.” Susan Banducci and Maarja Luhiste examined two television news outlets and at least three newspapers per country during a three-week period prior to the elections. The results revealed that the most extreme instances of gender prejudices were present in Spain and Austria, where women comprise 40 percent of all candidates but get only about 5 percent of media coverage.  Even though Austria and Spain have 40 and 50 percent of legislative gender quotas respectively, this does not guarantee a minimum level of media coverage for women. Interestingly, their study found that the gender gap was more dependent upon whether or not a woman was chosen as a list leader rather than an inherent media bias. However, other findings show that the more a country experiences gender equality the more prone women are to be fairly represented in news coverage.

Hilde Lindemann’s work “An Invitation to Feminist Ethics” shows how identities are socially constructed elements used to describe ourselves to others. They are created by and in relation to specific social links we develop. The “master narratives” are accepted narratives, seen as true and revealed by the society’s dominant identities. According to Lindemann, “master narratives that represent women as virgins, whores, witches, and Madonnas are seductive, often absorbed unconconsciously, as are images of women as babes, chicks, bitches, or dolls.” The author refers to women’s “deprivation of identity” as the impossibility for women to fit within the society dominated by prevailing tropes such as those listed in her quote. Being deprived of identities means that women will have less opportunities and there is no room for them in certain fields. When degrading narratives are assimilated by women, this affects their ability to claim their rights and to fight for what they deserve.

More women should be in positions of leadership and this will happen only if women already in this position mentor other women in their career paths. Having a role model contributes to women’s ability to create a positive identity and helps them to speak up when they encounter resistance and sexism. It is also only through women’s solidarity and mutual support that they will become dynamic and engaged agents within their parties. Finally, it is in this way that women will be able to come together, both within political parties and in society as a whole, to create changes in the electoral systems and influence media coverage.