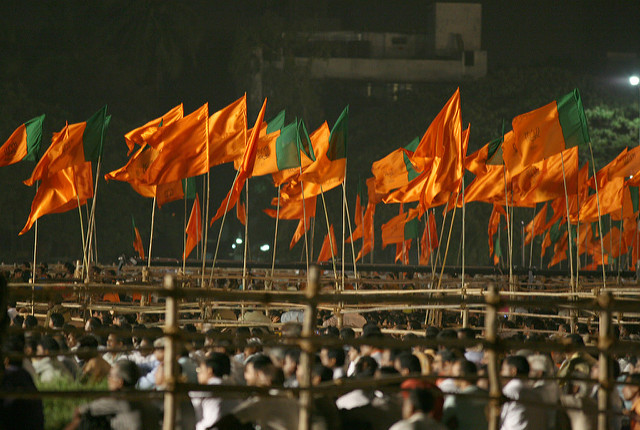 As the largest democracy in the world, India deserves praise for the durability of its electoral system, which remains intact 70 years after the country gained independence from British colonial rule in 1947. Nonetheless, the overall state of India’s democracy may be heading in the wrong direction, as the latest edition of the Economist Intelligence Unit’s annual Global Democracy Index warns.

The Democracy Index provides a snapshot of democratic freedoms around the world, focusing on the five key categories of electoral process and pluralism, civil liberties, the functioning of government, political participation, and political culture. Based on these criteria, the report ranks countries as either full democracies, flawed democracies, hybrid regimes, or authoritarian regimes.

In the most recent report, Norway placed first on the Democracy Index, with North Korea unsurprisingly falling in last place just behind Syria. This year Canada held up well, tying with Ireland for sixth place. The United States ranked 21st, losing its main points in the categories of political participation and functioning of government due to a combination of low voter turnout and a highly partisan political system. India placed 42nd, reflecting a drop of ten points – the most significant nosedive on the list other than Indonesia.

Obstacles to the free press

This report comes at an important time in India’s political history. With a general election due to be held by May of 2019 and speculation that Prime Minister Narendra Modi may call the election as early as December 2018, it is worth taking a moment to assess which aspects of Indian democracy appear to be moving in the wrong direction.
A key theme of this year’s report is the growing threat to press freedom around the world. On this front, the report states that India has become a “more dangerous place for journalists, especially in the central state of Chhattisgarh and the northern state of Jammu and Kashmir. The authorities there have restricted freedom of the press, closed down several newspapers and heavily controlled mobile internet services.”

Across India, several journalists were murdered over the course of the year, including the acclaimed Gauri Lankesh, a prominent critic of the ruling Bharatiya Janata Party (BJP). Lankesh’s murder sparked protests across India, with activists claiming that it fits into a wider pattern of harassment and violence meted out by Hindu nationalists against journalists critical of the current government. The term ‘presstitute’ (a cross between press and prostitute) has become a common epithet on social media, much like the derision attached to the term ‘fake news’ in the United States.

But reporters also face danger on the opposite end of the spectrum, as evidenced by the murder of Santanu Bhowmik, a television reporter killed by members of the separatist Indigenous People’s Front of Tripura (IPFT). With several ongoing insurgencies across the country, reporters can face threats from both government supporters and their adversaries.

By no means is this situation unique to the current BJP government. Since 2008, 22 journalists have been killed across India as a direct result of their position within the media, according to a report by the Committee to Protect Journalists. Back in the mid-1970s, Prime Minister Indira Gandhi instituted a nation-wide state of emergency that placed unprecedented restrictions on the functioning of the free press, particularly where any perceived criticism of the government was concerned.

Still, in a year that has seen an undermining of the credibility of the media around the world, and in a context within which voices critical of the BJP agenda are increasingly labelled as seditious or ‘anti-national’, threats or restrictions levelled against journalists are particularly troubling. India’s robust public sphere and long history of vibrant and healthy political debate must remain open if the country is to reach its full potential as a 21st century superpower.

The Rise of Hindu Nationalism

Aside from the threats faced by journalists, the EIU’s Democracy Index also points to the ‘rise of conservative religious ideologies’ as another serious setback in India’s development as the world’s largest democracy.

The general election of 2014 swept Modi’s BJP to power through the humiliating rout of the Indian National Congress, the party of the Nehru-Gandhi dynasty that has been the de facto ruling power in India for much of its independent history. Dissatisfaction with a Congress party that was widely viewed as corrupt and ineffectual, combined with the tremendous personal charisma and astute political savvy of Narendra Modi, led to a resounding majority for the BJP-led National Democratic Alliance.

During the election, most moderate BJP supporters emphasized the promise of economic growth and the famed ‘Gujarat model’ of development ushered in while Modi was Chief Minister of that state. But critics warned that behind the rhetoric of development lay a more sinister agenda of Hindu fundamentalism that would undermine the adamantly secular nature of the Indian state. This year, the “strengthening of right-wing Hindu forces in an otherwise secular country led to a rise of vigilantism and violence against minority communities, particularly Muslims, as well as other dissenting voices”, according to the EIU report.

Episodes of communal violence have been a feature of Indian political life since at least the colonial period, but some activists allege that vigilante violence against minorities is on the rise. Muslims, the largest minority in India, tend to bear the brunt of such violence due to widespread perceptions linking them to the hated neighbour of Pakistan. A growing number of Muslims have recently been targeted with violence after being accused of killing cows, an animal considered sacred within Hinduism. Over the past eight years, 29 Indians have died in cow-related lynchings, including 25 Muslims. 2017 is the worst year on record, with 37 cow-related hate crimes in total.

It is not only Muslims who suffer from this increase in persecution. In the first six months of 2017, Indian Christians were harassed or attacked for their faith in 410 reported incidents, compared to 441 over the full year of 2016. Last year, India also reached its highest ever position on the annual World Watch List compiled by Christian charities to document abuses against Christians around the world. In the 84 incidents that involved violent assault, Hindu extremists were responsible in almost all cases.

In March, state-elections in Uttar Pradesh placed the right-wing Hindu monk Yogi Adityanath in charge of the country’s most populous state by a landslide. The political firebrand is known for controversial statements regarding women and Muslims, and recently praised US President Donald Trump’s temporary ban on citizens from Muslim-majority countries, stating that similar measures were needed to tackle terrorism in Uttar Pradesh, a predominantly Hindu state with a large Muslim minority.

Although not explicitly covered in the EIU report, a widening gap between rich and poor also poses significant challenges to Indian democracy.

According to a new survey conducted by the international group Oxfam, India’s richest 1% collected up to 73% of the wealth generated in the country in 2017. During the same period, the poorest half of the Indian population saw an increase in wealth of only 1%. To put these figures in context, this is actually less dire than the global average, in which the richest 1% cornered 82% of the wealth generated around the world, while the world’s poorest 3.7 billion saw no wealth increase at all. Nonetheless, in a country with 270 million living in poverty, this mounting wealth gap has serious implications for the changing shape of society.
India has the fastest growing economy in the world, but this growth is unevenly distributed both on a regional and community level. While the enormous wealth pouring into the coffers of India’s billionaires seems to bolster Modi’s pro-business credentials, what is less clear is whether any progress has been made in making his election slogan of ‘Sabka Saath, Sabka Vikas’ (Together with all, Progress for all) into a reality.
The election year budget unveiled early last month makes a number of bold promises to this effect, including investment in rural areas, a healthcare proposal to increase government-funded coverage for more than 100 million low-income families, and record infrastructure spending on roads and railways.
Whether this represents a cynical pre-election ploy or a genuine commitment to improving the lives of India’s poor remains to be seen.

Photo: These are the official party flags belonging to the Bharatiya Janata Party (BJP) which have been dominating the political landscape of India along with the Indian National Congress.