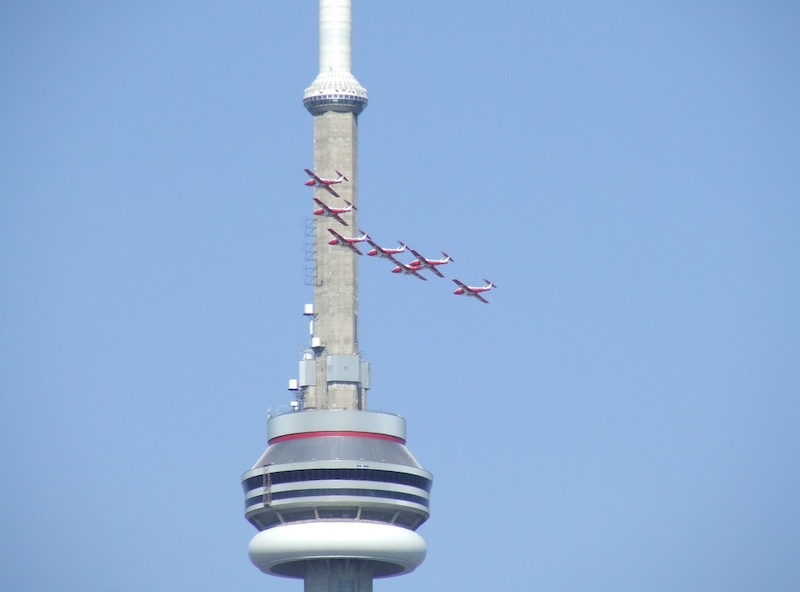 Over the course of the Labour Day weekend, the Canadian International Air Show helped wrap up the Canadian National Exhibition for the 67th time. The audience looked on towards Lake Ontario as aircraft from around the world flew for their entertainment, including a C-17 Hercules and the F/A-18 Super Hornet, the potential replacement for the aging CF-18s and competitor of the F-35.

However, despite the close proximity to this awe-inspiring technology, audience members probably lack a lot of insight on how and why these weapons are chosen, produced, bought, and sold. One of the most common statements an average person will make about procurement is that, “We’re not at war so we don’t need more weapons.” This, however, is incorrect.

First and foremost, no one can predict the future. Canada is simply lucky to have remained peaceful and secure in the past. This is due to our extensive coastlines, excellent relationship with the United States and by extension the NATO Alliance. This does not mean Canada won’t be threatened in the future. It is not pessimistic to imagine a potential end to our current state of peace, but a way to effectively plan for the problems that lie ahead.

The nature of war necessitates the planning ahead. Conflict emerges at a fast pace meaning it could be mere months for a tense diplomatic situation to escalate to war. In contrast, procurement takes years to accomplish, from the initial contract bid to the final product rolling of the assembly line. If the government does not effectively plan ahead, armed forces could be left without important equipment, putting the lives of service men and women and risk. For example, Canada’s last destroyer, the HMCS Athabaskan, is suffering from significant engine problems and is consequently being decommissioned next year. Yet due to a lack of forward thinking, the new Canadian destroyers will not be ready for seven more years, if the project stays on schedule. This means that the Canadian sailors will lack the important anti-air weapons that destroyers provide, forcing the RCN to rely on allies to make up this lack of military capability.

Furthermore, the nature of war is also changing. Soldiers no longer line up on either side of a battlefield. Instead, fundamentalist insurgencies in unstable parts of the world are what make up a large part of international conflict today. There doesn’t need to be global conflict for Canadian soldiers to be deployed, as evidenced by the recent decision to send Canadian peacekeepers to Niger. And this new type of conflict means different technologies become necessary, such as the Blackjack drones purchased by the Canadian military just last month.

Public opinion surrounding procurement in Canada has soured over the past decade. Millions, if not billions were spent equipping soldiers for the war in Afghanistan that did not garner much public support. Most Canadians when they hear about the F-35 will immediately think of the scandal in 2012 when the Harper administration was accused of purposefully failing to disclose the full cost of the procurement from members of parliament and the public.

Of course it is necessary to ensure that these large spending projects are prudent and cost efficient. This is why in many countries government officials put checks and balances in place. In Canada, this includes the Integrity Framework that outlines what it means to ethically procure arms in this country. Other strategies include transparent competition for contracts, Auditor General oversight, and approval by the House of Commons and Senate.

Procurement is not just for conflict. It needs a steady plan of action in order for service members of the Canadian military to be effectively equipped for any conflict situation they may be put in abroad. At home though, the closest Canadians got to procurement this weekend was watching the Snowbirds dip and spin on a sunny Sunday afternoon.

Photo: Canadian Forces 431 Demonstration Squadron, also known as the Snowbirds, fly past the CN Tower in Toronto at the 2007 Canadian International Air Show. Courtesy of Jaydec via Wikimedia Commons. CC BY 2.5.