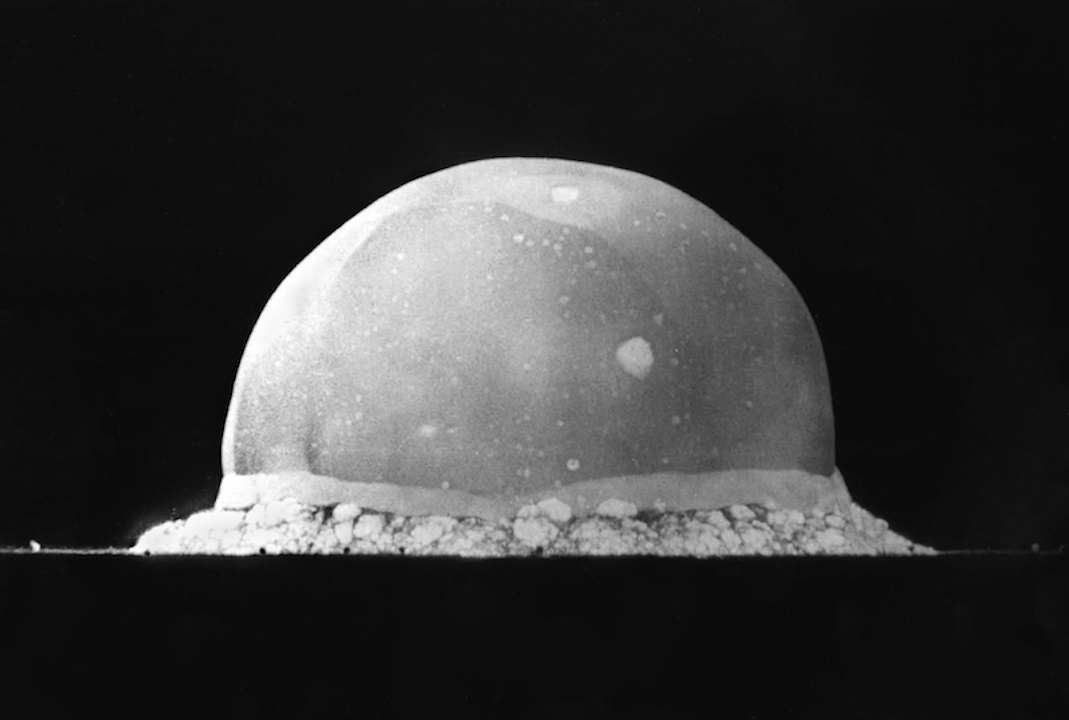 In May 2018, the G7 Nuclear Safety and Security group (NSSG) published an important report on the current status of the international community and its nuclear weapons, control over sensitive radioactive materials (uranium, plutonium etc.), and policies. The report and the information contained within was produced through the joint contributions of two other major international nuclear safety control groups: the G7 Non-proliferation Directors Group (NDPG) and the Global Partnership Nuclear and Radiological Security Working Group (NRSWG). The report outlines and updates its audience with information on the current legal frameworks of nuclear safety and security, current national safeguards, cyber security, and monitoring the movement of materials.

But wait: aren’t nuclear weapons a thing of the past? The first and only use of nuclear weapons in combat occurred in the Pacific campaign during WWII in 1945 on Hiroshima and Nagasaki, and the last American detonation of a nuclear weapon was in 1992. Kim Jong Un’s regime in North Korea has been the most notable subject in international news pertaining to nuclear weapons due to the country’s continued intercontinental ballistic missile testing and threats, in opposition to international laws and treaties. Yet for all of their outspoken threats, there hasn’t been an instance of the deployment of nuclear rockets, war heads or missiles in combat – or any missiles or rockets for that matter. More likely than not, the North Korean regime is using these weapons – and the media attention they come with – in an attempt to legitimize themselves and establish an apparent power within the international community and East Asian region.

The NSSG report and the well-known “Doomsday Clock” published by the Bulletin of Atomic Scientists both share one common theme when it comes to nuclear weapons – control. Nuclear disarmament has received little historic success; in fact there are now more nations that have acquired nuclear weapons than during the time of the Cold War. Despite the context of a world war, the use of atomic weapons on Japan has received a degree of scrutiny and criticism. With more sophisticated international forums, treaties, and a more vocal global community, the use of nuclear weapons in our time over any other option would be political suicide. Rather than pursuing an ideological idea that has little pragmatic applicability, the control and monitoring of who has access to nuclear technology is the world’s best hope to minimize nuclear threats.

The spread of nuclear materials, weapons capabilities and knowledge, and warheads/missiles themselves is of particular importance when considering how devastating this caliber of death and destruction could be in the wrong hands. As a result, the concept of nuclear terrorism has become increasingly relevant in tandem with the rise in power of terrorism and non-state actors. While a nation-state using nuclear weapons would face significant political consequences through international organizations like the United Nations, the World Health Organization, and potentially the International Criminal Court – terrorist organizations and zealots have less to lose.

So what role does Canada play in all of this? When it comes to the spread of nuclear materials, Canada is a member of the big three uranium exporters along with Kazakhstan and Australia – which combined amounts to over 70% of the world’s intake. As such, Canada has a responsibility to ensure effective regulation on the export of these powerful isotopes.

The Canadian Nuclear Safety Commission (CNSC) was established to directly address the regulation of all aspects of nuclear energy, ensuring that strict rules are followed for possession, use, packaging, transport, storage, and import and export of nuclear substances. As a founding member of the Zangger Committee and the Nuclear Suppliers Group (both global organizations mandated on the spread of nuclear and nuclear-related exports) Canada and the CNSC – operating in tandem with the International Atomic Energy Agency (IAEA) – safeguards nuclear materials internationally. The CNSC works directly with the Department of Foreign Affairs, Trade and Development, in order to ensure both policy and technical advice on these isotopes are working in tandem in the international realm. Finally, Canada has two legal documents involving their export: the Nuclear Non-proliferation Import and Export Control Regulations and the Nuclear Safety and Control Act.

With the rise and fall of power in both state and non-state actors, growing environmental concerns and natural disasters, major shifts occurring in the international community, and only 2 minutes to midnight according to the Doomsday clock (the lowest its been since 1953) – controlling nuclear weapons and the materials necessary to make them is of vital importance.

Canadian uranium extraction is mainly from the McArthur River and Cigar Lake mines in northern Saskatchewan province, which are both the highest grade uranium deposits in the world and the largest – and as such Canada has a significant role in meeting current and future international demand, but also a significant responsibility as well.