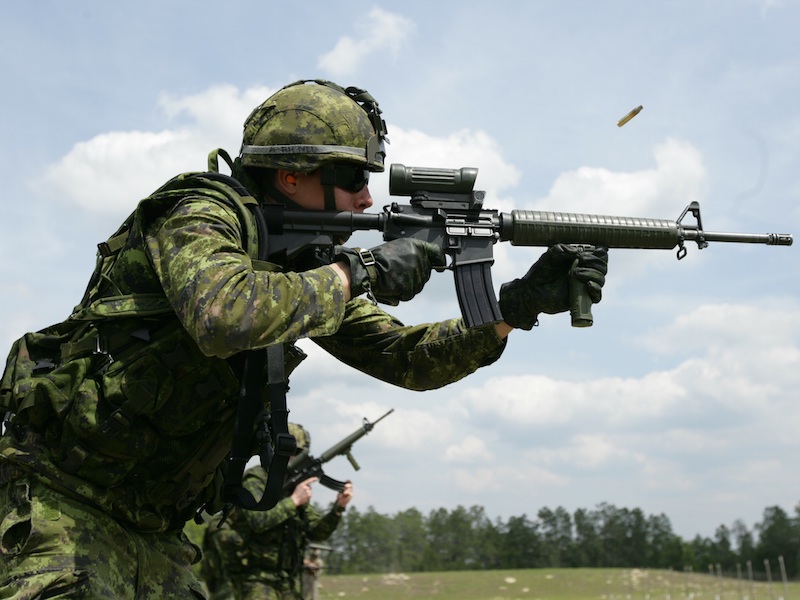 In 2016, the Federal Government allocated $20.3 billion (0.99 per cent of GDP) for defence. If you have ever wondered where some of that money goes, look no further. Below is a list of some of the top projects that the Canada’s armed forces are currently funding.

1.) The Tactical Armoured Patrol Vehicle (TAPV): a replacement for the RG-31 Nyala and Coyote Reconnaissance vehicles. The Canadian Government announced in 2014 that it planned to purchase 500 of these vehicles with the option for 100 more from Textron Systems Canada, Inc.

Currently, the vehicles have completed their Reliability, Availability, Maintainability, and Durability (RAMD) testing program, and the first batch of six TAPVs will be delivered in late August of this year. Sources within the Canadian Forces announced that the vehicles will be used to train operators and maintenance personnel in Gagetown, NB, and that they expect the entire complement of vehicles to be operationally ready by mid-2020.

2.) The Ultra Light Combat Vehicles (ULCVs), intended for use by Canada’s Special Forces. Polaris Industries, an American company, has developed the vehicles in conjunction with NASCAR, and has been awarded a contract worth $20 million to produce 78 ULCVs for the Canadian Forces.

These vehicles were designed to carry up to nine commandos and their equipment across harsh terrain at a high rate of speed. In addition, the UCLVs are small enough to be airlifted to a target location by CH-47 Chinook helicopters as well as C-17 and C-130 transport airplanes.

The project has inevitably attracted the attention of critics, who were quick to point out that the vehicles are not equipped with doors, and are therefore unsafe for use in combat. However, the purpose of these vehicles is limited to clandestine high-mobility units that need to travel to a target area, accomplish their mission, and extract as quickly as possible.

3.) The Canadian Government has announced that they are actively seeking a replacement for the standard-issue sidearm, the Browning Hi-Power. It is unclear exactly how many pistols will be needed, as figures hover between 15,000-25,000, but the total cost to taxpayers has been set at $50 million. There are currently just shy of 13,000 Browning Hi-Powers currently in service today.

The project has been on the DND’s to-do list for quite some time, but sources claim that the procurement process could take as long as ten years, at the minimum, and that is if there are no delays along the way. Critics have repeatedly voiced their concerns that the procurement process for such a simple thing as a replacement for the WW2-era pistols is taking far too long. When it is considered that there are numerous products already offered on the market, taking ten years (or more) to pick one does seem rather excessive to most Canadians.

4.) Last but not least, the Canadian Forces spent $620,000 in 2013 to develop a stealth snowmobile. The project has been codenamed “Loki,” after the Norse shape-shifting god of mischief, and the winning bid came from CrossChasm Technologies, based in Waterloo, ON.

The latest reports indicate that the CF has a working prototype, and the hybrid-electric vehicle is currently being tested for its suitability for conducting clandestine operations in the Canadian Arctic. The key concerns which will determine the fate of the project are noise output levels, towing capacity, and reliability in Arctic conditions. However, some of the more outspoken critics feel that this project is a spectacular waste of taxpayer money, and they question whether the defence officials responsible are “watching too many (James) Bond movies.”

This article is the last part of a three part series highlighting all of the major procurement projects currently underway in all three branches of Canada’s armed forces.