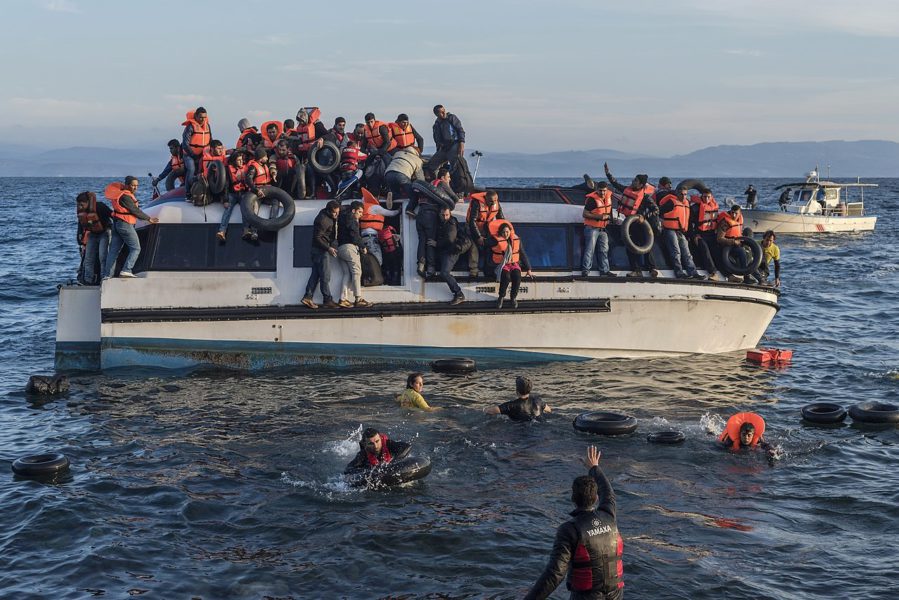 For most of us, the idea of statelessness and nonexistence in one’s official records is a foreign concept. We can prove to any authority that we do in fact exist, that we were born in a certain year, and are part of a country or ethnicity. However, between 1.1 and 1.5 billion people worldwide cannot do this. Most of them do not have official identification, leaving them invisible to society, and vulnerable to human trafficking and exploitation. This figure represents one fifth of the globe’s population, creating complex legal, governmental, and security challenges.

The lack of official documentation ostracizes these populations by barring them from engaging in legal economic activities in their countries. Obtaining a house, opening a bank account, and joining the formal labour market become daunting experiences without any papers. In fact, what first presents itself as a bureaucratic challenge, is in reality a major feature in the reinforcement of poverty cycles, by reducing their access to education and the banking system.

Any government that houses a large unidentified population faces a difficult governance and security challenge. Unfortunately, many authorities in developing nations find themselves unable to attack this problem, due to its sheer magnitude and the lack of available resources to counter it. Moreover, the presence of unidentified communities prevents central and local governments from having reliable data from which to plan and provide services such as education, electricity, and sanitation. Further, if these populations are left out of the democratic voting process, government officials are likely to ignore their needs.

This state of affairs incentivizes corrupt officials to profit from gatekeeping the access to any of these public services. In addition, it foments the creation of parallel structures that ultimately attempt to cover for these gaps left by the government. It is certain that these social structures only continue to fuel corruption, and provide a strong disincentive for the authorities to provide concrete solutions.

The uneven ground laid for this population to enter any legal economic activity pushes them to the informal market, where they do not need these credentials to work. This in turn tends to have a negative effect on the government’s ability to counter the problem, as an increase in the informal market reduces the payment of taxes to the government, which in turn will continue to debilitate its power to tackle this problem.

The Road to Economic Prosperity

Economic inclusion derives from the existence of governance structures which provide a legal framework for individuals to access the market in a regulated way. This is crucial for the development of security, as it reduces the incentives to join illegal economic activities.  A vulnerable population with no access to economic prosperity will seek means of survival by other methods, usually, within the informal market, as well as through illegal organizations.

The connection between proper identification and security might not be evident at first, but understanding their correlation is essential to finding a possible solution. Economic prosperity is a key factor in the reduction of security threats, and this can only occur if there is economic inclusion for the most excluded segments of our societies.

The question arises as to how, in the absence of a state bureaucracy that can fill this undocumented gap, governments can provide documentation to these populations. Most importantly, how can this be done in a cheap and reliable manner in which citizens don’t fall into the hands of corrupt mafias that overburden government resources.

Blockchain – Thinking outside the bitcoin box.

The development of blockchain technology first revolutionized the concept of currencies when it was used to power bitcoin. However, this technology is rapidly gaining ground in unexpected areas by providing a new take on economic interactions. The success of blockchain stems from the creation of a decentralized form of peer checks and balances. By increasing the number of stakeholders in the management of any given data set, and making this process fully transparent, blockchain is quickly making its way into governance.

Perhaps the clearest example of its potential has been the way in which the Finnish government has tried to overcome the absence official documents from the many immigrant and asylum seekers that have recently arrived into the country. By partnering up with MONI, a blockchain start up, individuals in these communities are given a unique digital identity. This allows them to quickly immerse themselves into the highly modern Finnish economic system which requires at the bare minimum, an identifier for any economic activity.

In addition, they become instant cardholders, which allows them to pay and receive money as well as to apply for and provide loans to friends and relatives. Ultimately, this plugs these communities right into the economy, without a lengthy process of identification, which would leave them vulnerable and dependent on government support.

New technologies like blockchain will be essential if we want to solve the challenges that central governments have fallen short on fixing. A digital identity reduces the costs involved in the bureaucracy of a central government. In addition, by increasing the transparency of this process, in a system that cannot be altered or modified without leaving a public record, corruption and abuse can be curtailed. If everyone has access to information and no changes can go unnoticed, it would become harder for corrupt politicians to profit from this process.

The use of this technology can encompass other areas of economic activity, thus increasing the economic security of these vulnerable populations and reducing the emergence of incentives for illegality. This is the case of land registry in Sweden, where a blockchain based registry is currently been tested. Given that illegal land grabs are usually a cause for displacement and poverty in many developing countries, the use of this technology would provide a step forward in providing land rights.

The challenge of providing official documents to excluded communities appears at first glance to have limited repercussions. However, its ramifications are varied and have profound effects. New technologies appear to provide a different path to control these problems. The relatively low cost and transparent nature of blockchain technology could become an alternative to the resource hungry central governments in many developing countries. Moreover, the inclusion of more stakeholders in this process increases participation and empowers the populations that need this alternative the most.

Daniel is the Director for the International Business and Economics Program at the NATO Association of Canada. He is a recent graduate of a Masters in International Relations from the Instituto Empresa Business School and Sciences Po Paris and is passionate of the world of emerging technologies and their effect in our economy and security. Daniel completed his undergrad at the University of Toronto with an emphasis in Economics and Sociology and is an avid learner of languages. View all posts by Daniel Morales →